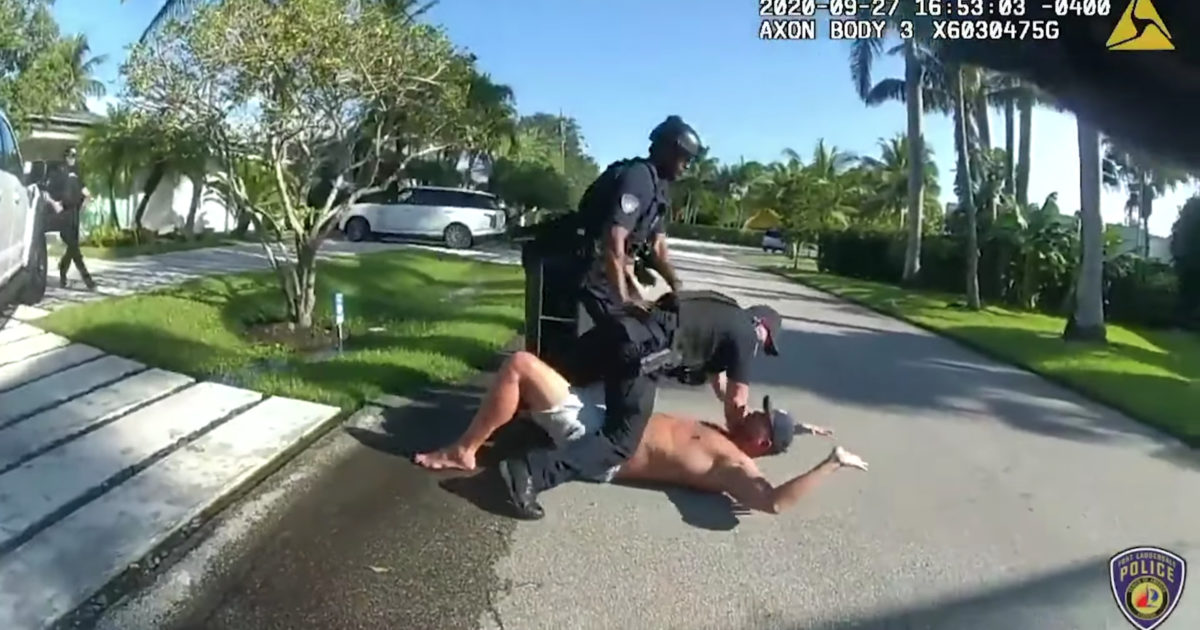 Buck Sexton reported Tuesday on the sad situation surrounding the arrest of former Trump campaign manager Brad Parscale who he says was “straight up NFL-style” tackled by police in front of his Florida home.

He played the video of the incident and argued the aggression on the part of the police was “borderline” before empathizing with Parscale who he said “is obviously going through a difficult circumstance.”

Buck stressed the importance of waiting for the facts as Brad is reportedly accused of taking money from the Trump campaign. He added the incident is evidence that cops “rough people up” regardless of race “all the time.”