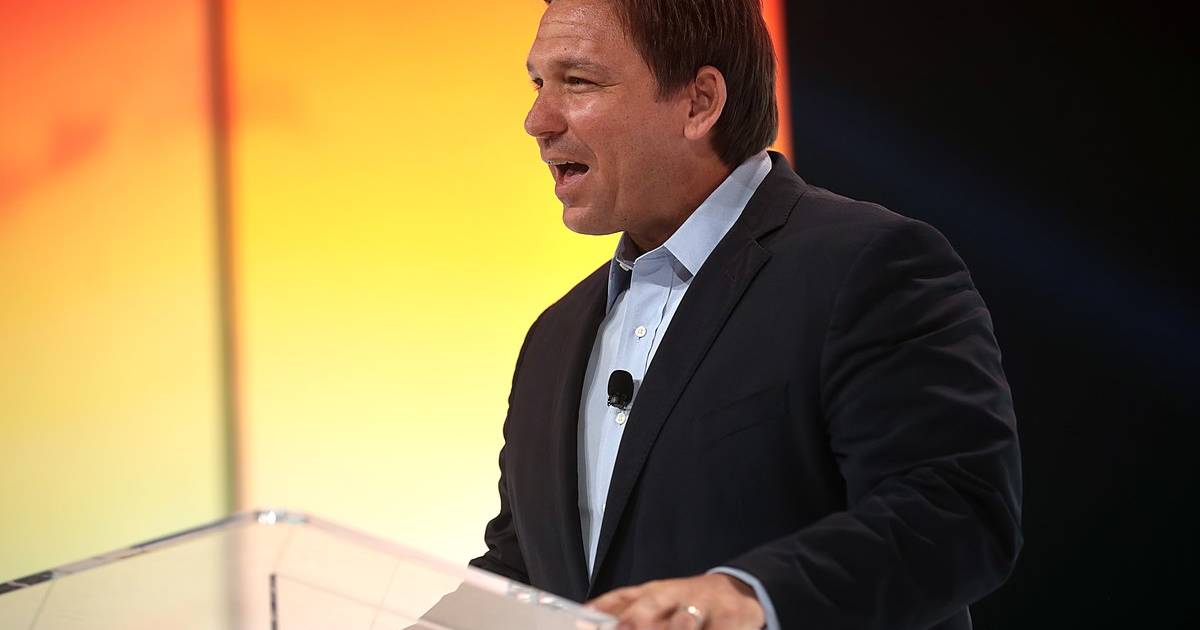 Gov. Ron DeSantis has made resisting virtually all pandemic mitigation strategies his signature move. For a while, it seemed that Florida’s laissez-faire approach to the pandemic was working about as well as any other strategy… then came Delta.

DeSantis has been a large figure in the news since the early days of the pandemic when he told people from hard-hit areas like New York, “Don’t come here,” and set up roadblocks on I-95 and other roads leading from COVID hotspots. Only a month later, DeSantis shifted from extreme caution to pushing Florida to be one of the first states to reopen after the March 2020 “lockdown.” Since then, he has been at the forefront of the anti-mitigation crowd.

DeSantis’s methods were controversial and whether they worked depends a lot on which metric you use. Looking at Worldmeters comparison of state COVID data, Florida ranks third in total Coronavirus cases behind California and Texas. In terms of per capita cases, Florida ranks ninth and the state is fourth in active cases. If we look at the number of cases, DeSantis’s gamble seems to have backfired.

But wait, there’s more. If we shift the focus to deaths, Florida still ranks fourth overall behind California, New York, and Texas, but when we look at per capita deaths, the Sunshine state slips all the way down to number 26, almost exactly average. (For comparison, Texas was 25 and California was 32 on that list.)

An obvious question here is why Florida’s death rate is so much lower than states such as California and Texas. There seems to be no clear answer why Florida’s death rate would be so much lower than similar states but a paper from August 2020 offered several suggestions that included possible overcounting of cases, slow tabulating of deaths, DeSantis’s early lockdown, and early intervention and prevention strategies implemented by the state Department of Health, such as limiting access to nursing homes, widespread testing, and the distribution of 75 million PPEs and $318 million in CARES Act funds to fight the outbreak.

But whatever Florida was doing right last summer, it seems to have abandoned. In the spring of 2021, DeSantis declared victory over COVID-19 and issued a series of orders attacking mitigation strategies. In May, the governor prohibited government agencies from issuing “vaccine passports” and canceled all local emergency orders. He also attempted to bar private companies, such as cruise lines that visit the state, from requiring proof of immunization. A federal judge struck down that rule on Monday. In July, DeSantis threatened to call a special session to prevent schools from mandating masks. When some schools resisted the governor’s wishes that students go unmasked, DeSantis threatened to cut their funding even as Florida’s pediatric hospitals begin to overflow with young COVID patients.

The changes came just in time for the Delta variant to exploit Florida’s new weaknesses. The government’s attempts to make reducing viral spread more difficult, together with vaccine resistance that has just over 50 percent of the state not fully vaccinated, left the door wide open for the new, more infectious strain.

DeSantis did endorse vaccines in June as cases began to spike once again, but this has not been a strong and consistent message. DeSantis’s hesitance to strongly support vaccines is likely due to his presidential aspirations and the backlash from the anti-vax right, voters he needs to secure the Republican nomination and who have called him a “sellout” for his statement that “vaccines are saving lives.”

For much of 2021, DeSantis’s policies have focused on stripping Florida’s cities, counties, schools, and businesses of the tools that they used to successfully minimize Florida’s death toll over the past year. As a result, Florida’s case count and death toll are both spiking once again. Mayo Clinic’s data shows that Florida’s average daily new case count is the second highest in the country. Only Louisiana is marginally higher. Florida’s current case count is above 20,000 per day, which is higher than during the winter surge.

And it isn’t just cases that are spiking. The death rate is increasing once again as well. Florida’s current seven-day average of deaths is 88 and trending upward. Deaths are a lagging indicator since it usually takes COVID-19 about three weeks to kill someone. The spike in deaths that we are seeing now began in early July, following the surge of cases that Florida experienced in June.

There is good news, however. I said earlier that Florida was slightly less than half fully vaccinated. To look at that statistic from a glass-is-half-full perspective, that means that about half the state is fully vaccinated. Some of those new cases will be breakthrough infections, but those cases should almost all recover. The bad news is that there are very few breakthrough cases so the majority of the cases will be among the unvaccinated.

From the beginning of the pandemic, there has been a question of which mitigations work and which do not. That has often been hard to quantify for comparisons. For instance, people living under mask mandates still might not wear them if the mandates aren’t enforced while people can voluntarily wear (or businesses can require) masks even if they aren’t required by the government.

With vaccines, it is different. We have good records on who is vaccinated and which states have high shares of their populations vaccinated. The large anti-vax populations in red states have unwittingly set up a large scientific experiment in which vaccine effectiveness can be accurately gauged by the number of cases and deaths that states with different vaccination levels experience. At this point, it does not look as if DeSantis and Florida will fare well when that comparison is made.

It probably won’t matter to Republicans. At this point, the party seems sold on DeSantis, who is the odds-on favorite for the 2024 GOP nominee if Trump doesn’t run.

It might matter to the rest of the country, however. DeSantis’s war on COVID mitigations will cost thousands of lives before the before the wave burns out. His anti-mask and anti-proof of immunization policies may be popular with Republicans, but they may be less so with moderates and independents, especially if they do end up killing large numbers of Floridians.

And the worst part will be that almost all of those deaths were preventable.