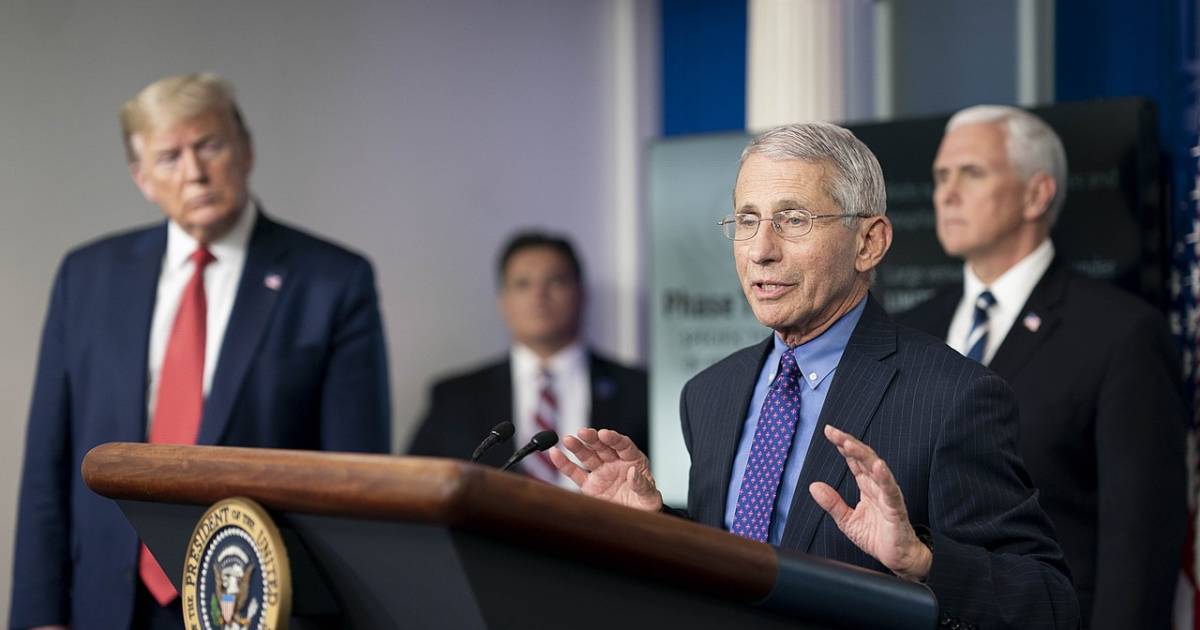 Thousands of Dr. Anthony Fauci’s emails from the early days of the pandemic were released to Buzzfeed this week under a Freedom of Information Act request. Buzzfeed and the Washington Post have published excerpts from many of the emails and Rand Paul, who has dueled with Fauci at Senate hearings, is claiming victory. So far, however, there seem to be no true smoking guns to be found among the trove of emails.

In one of the few specific criticisms linked to the emails, Rand Paul said on the Tom Roten Morning Show, “It seems like he was very troubled early on that there was gain of function. He’s like ‘What, is gain of function still going on? I thought we paused it.’ He seemed unclear about whether or not the gain-of-function research, how it got started again in Wuhan. And I think he was very concerned – although he doesn’t say it in the email – concerned that he continued to fund it through NIH even though there weren’t doing gain of function.”

Fox News published the email exchange that Paul was referring to, between Fauci and his deputy, Hugh Auchincloss.

Hugh: It is essential that we speak this AM. Keep your cell phone on. I have a conference call at 7:45 AM with Azar. It likely will be over at 8:45 AM. Read this paper as well as the e-mail that I will forward to you now. You will have tasks today that must be done.

Auchincloss responded, “The paper you sent me says the experiments were performed before the gain of function pause but have since been reviewed and approved by NIH. Not sure what that means since Emily is sure that no Coronavirus work has gone through the P3 framework. She will try to determine if we have any distant ties to this work abroad.”

Yahoo Finance sheds light on the email that prompted Fauci’s message to Auchincloss. The February 1, 2020 message from Dr. Kristian Andersen, a virologist at California-based Scripps Research Institute, who asked Fauci to “look really closely at all the sequences to see that some of the features (potentially) look engineered.”

In context, the exchange is much less incriminating than Paul implies, especially since it denies that any Coronavirus work was part of the Potential Pandemic Pathogen Care and Oversight (P3CO) framework through which the NIH provided a “total of about $600,000” over several years per the Washington Post.

The NIH also did not fund the Wuhan Institute of Virology directly. The NIH grant was paid to the EcoHealth Alliance, which paid some of its grant money to the WIV.

Further, the Fox report also criticizes Fauci because he “apparently took seriously questions about whether the virus leaked from a lab early in the pandemic before later dismissing the possibility.”

There is a bait and switch going on in that paragraph. If you click the link on the word “dismissing,” a link that comes directly from the Fox News article, it leads to a National Geographic article titled, “Fauci: No scientific evidence the coronavirus was made in a Chinese lab.” Leaking from a lab and being made in a lab are two very different scenarios.

National Geographic quotes Fauci as saying, “If you look at the evolution of the virus in bats and what’s out there now, [the scientific evidence] is very, very strongly leaning toward this could not have been artificially or deliberately manipulated … Everything about the stepwise evolution over time strongly indicates that [this virus] evolved in nature and then jumped species.”

What Fox News has done here is an example of a straw man, a logical fallacy in which they refute an argument that was never made. This straw man may be an example of sloppy reporting and research on Fox’s part or it may be an attempt to smear Fauci by making him appear to have changed his position when he actually did not.

It is also telling that Dr. Anderson, the virologist who emailed Fauci, authored a paper in Nature in March 2020 in which he appears to have reconsidered the theory that COVID-19 was engineered. In that paper, Anderson and his co-authors wrote, “It is improbable that SARS-CoV-2 emerged through laboratory manipulation of a related SARS-CoV-like coronavirus” and that “genetic data irrefutably show that SARS-CoV-2 is not derived from any previously used virus backbone.”

“The evidence shows that SARS-CoV-2 is not a purposefully manipulated virus,” the paper concludes, adding, “We do not believe that any type of laboratory-based scenario is plausible.”

So, when we dig into the background of the Fauci “smoking gun” email, we find that Dr. Fauci received a theory from a colleague, investigated it, and then rejected it. A month later, the same colleague who submitted the theory rejected it himself in a scientific paper. If anyone changed position, it was Dr. Anderson.

And again, the Anderson email deals with the possibility of bioengineering, not an accidental leak of a natural virus. The theory that the virus was engineered in a lab is easier to disprove than the possibility of a lab leak, but Fauci seems never to have tried to disprove the lab leak theory. If anyone has a link to such a statement, I’ll happily consider it, but I have not found one.

Another alleged “smoking gun” is an email from Peter Daszak, president of the EcoHealth Alliance. Yahoo quotes the text of an April 18, 2020 email from Daszak to Fauci:

I just wanted to say a personal thank you on behalf of our staff and collaborators, for publicly standing up and stating that the scientific evidence supports a natural origin for COVID-19 from a bat-to-human spillover, not a lab release from the Wuhan Institute of Virology.

Daszak means the “lab release” of an engineered virus, which is clear from the context of Fauci’s statement, quoted in the same Yahoo article. On April 17, the day before the email, Fauci had said, “There was a study recently…where a group of highly qualified evolutionary virologists looked at the sequences there and the sequences in bats as they evolve. The mutations that it took to get to the point where it is now is totally consistent with a jump of a species from an animal to a human.”

Again, Fauci defended the theory that the virus was of a natural origin and said nothing about an accidental escape from the lab. Daszak’s gratitude is completely understandable and not at all sinister when viewed in the context that Fauci was telling what was and is the accepted scientific position that COVID-19 evolved naturally.

The theory that the Coronavirus was engineered in the lab seems thoroughly debunked, but the accidental leak theory is another story. Steve Berman detailed the evidence for the lab leak theory recently, and while there is a circumstantial case, the evidence is far from conclusive.

While it is obvious that China is hiding something, it is not obvious what they are hiding. Governments engage in coverups and lies. Ours does and so does China’s. Closed societies like communist dictatorships are particularly fond of lies and coverups.

The mere fact that China has been lying about COVID-19 does not mean that the Chinese government is to blame for the pandemic. A simpler explanation, using Occam’s Razor as Steve did, would be that China is embarrassed by the fact that the pandemic originated in their country and by their poor early response. Loss of face is sufficient reason to engage in a massive coverup. Just ask Donald Trump.

At this point, no one really knows whether the pandemic originated in a leak from the Wuhan lab or in some other way, such as a random jump from animals to humans. No one outside the Chinese government at least.

Some people are very invested in trying to pin the blame for the pandemic on malicious or negligent acts by the Chinese. Many of those same people are still desperate to undermine Dr. Fauci’s credibility. In both cases, the facts don’t seem to matter. This was evident from the beginning as evidenced by a warning from an official with North Carolina’s Department of Public Safety to “Cover your six.”

My advice is that when considering claims regarding either allegation, look to past the op-eds and social media posts to the source material. Often, the facts, to paraphrase Inigo Montoya, do not mean what people say they mean. Definitely do your research before you forward internet claims to me.