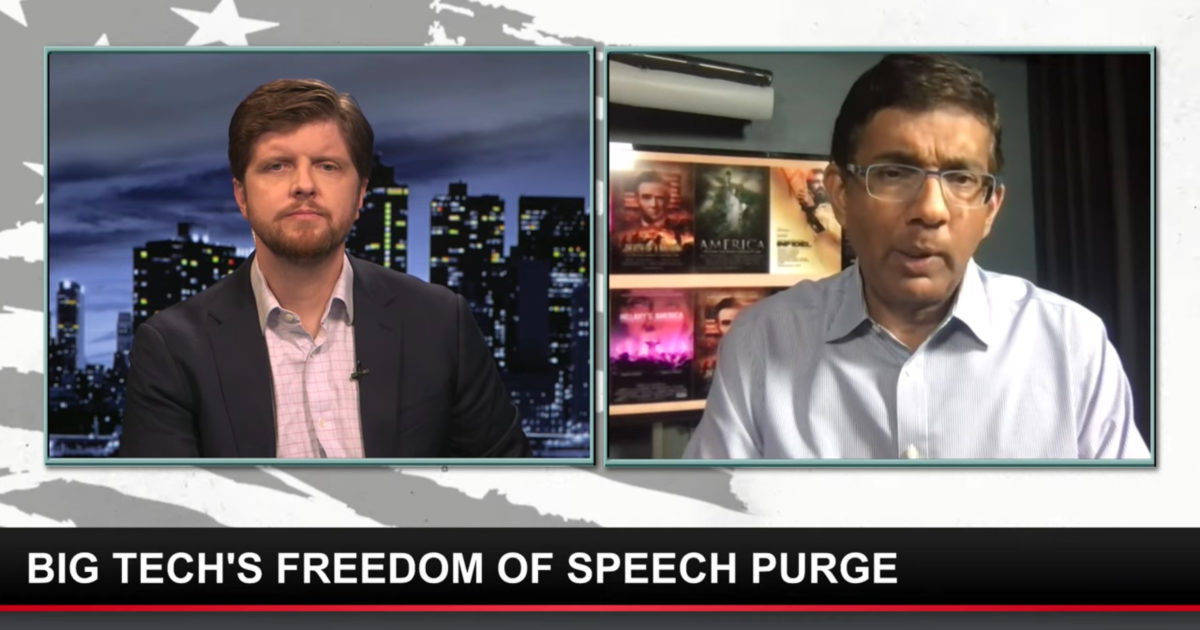 “Dangerous precedents” have been set as President Trump was banned from his main line of communication with millions of Americans, says Buck Sexton.

Dinesh D’Souza joined Hold The Line to discuss what he called “a blitzkrieg” from “an unprecedented alliance” between the state and corporations to purge the Trump movement from the digital landscape and “effectively deprive us of basic speech rights.”

“What contributes to political extremism more than to say to people that ‘you have no voice?'”