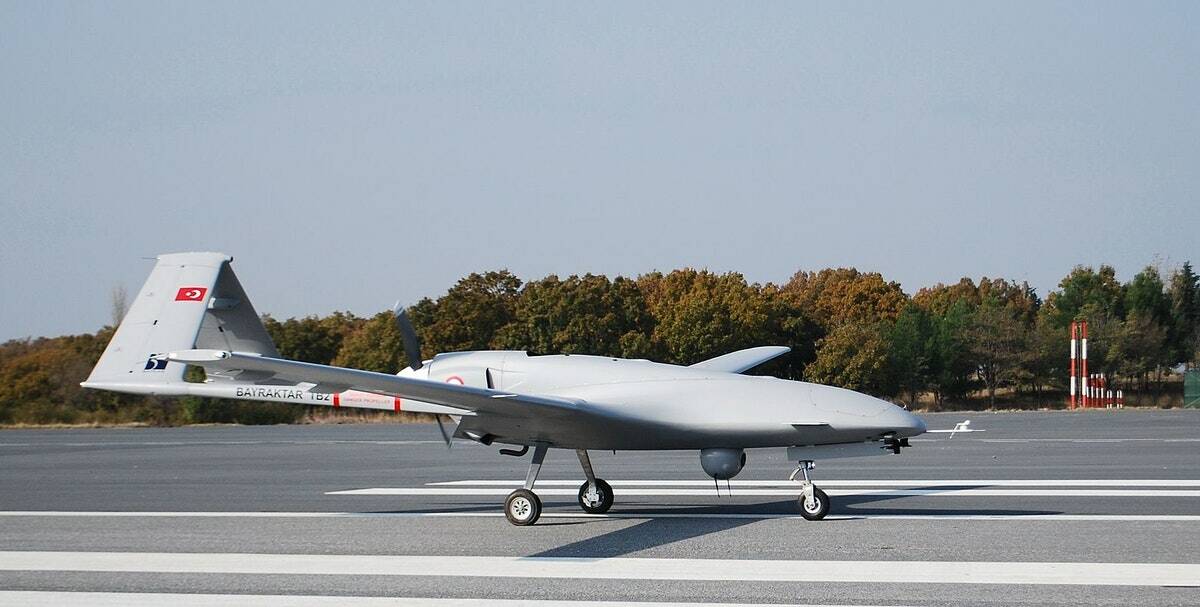 The no-fly zone idea is still being hotly debated. Right now, I don’t think it’s a good idea. When I wrote about no-fly zones last week, I was ambivalent about whether the idea was worth the risk. At this point, I still am, but I don’t think it should be ruled out.

From the media coverage that I’ve seen, Ukrainian airspace is still being contested. It isn’t clear how many airplanes Ukraine has left, but the defenders are still able to compete for control of the air with surface-to-air missiles like the one depicted below shooting down a Russian helicopter.

Instead, a lot of the damage being done to Ukrainian cities is from artillery and ground-launched missiles. It seems to me that what Ukraine really needs is tactical air support.

In addition to the danger that Russia would retaliate against NATO if a no-fly zone was established, there is also the danger of mission-creep. Once NATO had control of the air, there would be a push to start hitting Russian ground targets such as these artillery emplacements and mobile rocket launchers… and that 40-mile-long convoy. That would require hitting anti-aircraft batteries and surface-to-air missile sites as well. This would be a major escalation and we would start losing planes and pilots. Political opposition from the isolationists would be instantaneous.

There are also reports that a deal is being finalized to transfer Polish Mig-29s to Ukraine. These air-superiority fighters would replenish losses by the Ukrainian air force and help to fight off Russian bombers ad attack planes (assuming the Ukrainians have pilots to man them). Ukraine already operates MiG-29s so there would be no need for transition training.

A better solution than a no-fly zone would be to provide the Ukrainians with military drones that are capable of launching missiles at ground targets. Drones are relatively cheap, easy to use, expendable, and, here’s where my idea comes in, you can’t tell who is operating them.

The US military uses several different types of drones, such as the RQ-1 Predator and the MQ-9 Reaper. These drones are equipped with Hellfire laser-guided missiles and can be launched in one country and controlled by an operator on the other side of the world. I once had an Uber driver in Las Vegas who was an Air Force drone pilot who flew missions in Africa from his control station in Nevada.

The Ukrainian drone air force could be the equivalent of the American Volunteer Group, the “Flying Tigers,” from World War II. President Roosevelt used volunteer American military pilots to form the core of an air force for Chiang Kai Shek’s Chinese Nationalists against the Japanese before the US entered the war. These pilots temporarily resigned their commissions in the US military for the secret mission.

In the Ukrainian example, the US would purchase military drones from a third country (or even supply the Ukrainians with Predators) and allow US military members to fly them and target Russian formations with current intelligence. Ukrainians could handle servicing and ground operations from local bases.

The Ukrainians do have expertise in this area. The Ukrainian military has been operating Bayraktar TB2 drones, which carry four laser-guided missiles, to devastating effect since the beginning of the war. The TB2 was designed in Turkey and is co-produced in Ukraine. There is little doubt that they will be running low on these unmanned vehicles though.

More TB2s or drones from other countries would be good picks for the mission. Iran, South Africa, and even China are among the countries that make drones that could be purchased for Ukrainian use if “plausible deniability” is a requirement.

Because the situation over Ukraine is very dynamic and high in threats, operators would need to be closer than Nevada, however. Drone controllers could be based in Germany or Poland to decrease the lag in response time for commands.

The Russians are beatable. With their errors in judgment and poor morale, they are probably more beatable now than ever. But, as I pointed out last week, Ukraine needs our help, and the longer we wait, the more help they are likely to need. Meanwhile, tactical air support in the form of drones would seem to be a bigger boon than a no-fly zone.

Let’s get it done.

You’ll recall that I predicted yesterday that the US would eventually turn off the spigot of Russian oil as well as the fact that Republicans would attack Biden for his role in driving up gas prices.

Hopefully, the effect on gas prices will be minimal since many US companies had not waited for the government edict but had already divested their Russian interests. Regardless, it’s the right thing to do and any price we pay pales in comparison to what Ukrainians are going through.