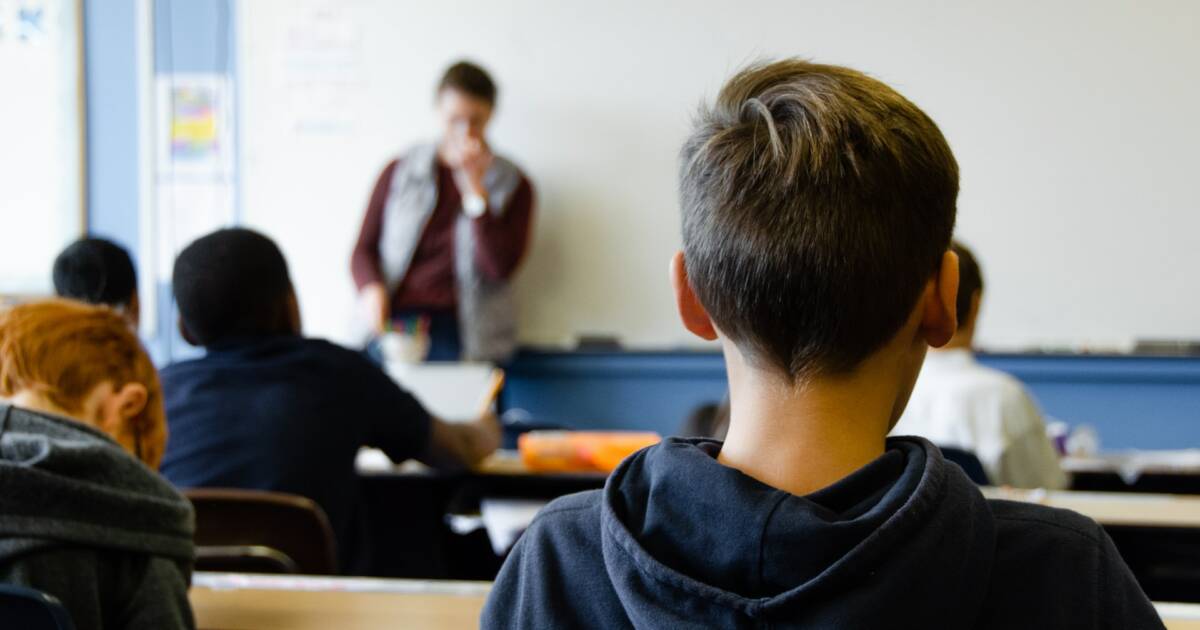 The war in Ukraine is two weeks old, but the rest of the world hasn’t stopped. One of the big stories that have happened outside of Ukraine is the passage of Florida’s “Parental Rights in Education” bill, more commonly known as the “Don’t Say ‘Gay’” bill.

The bill is controversial for a couple of reasons. On the left, opponents criticize the legislation because they say it would limit the ability to discuss gender and sexuality in the classroom. Some Democrats have theorized that it might even be illegal for teachers to talk about their same-sex partners or students to discuss their same-sex parents. On the right, supporters of the bill claim that the law is needed to prevent teachers from grooming young children for sexual abuse. As it turns out, they’re both wrong.

The bill is only seven pages long and is a pretty quick and easy read. Most of the bill is unobjectionable, such as stipulating that schools “may not adopt procedures or student support forms that prohibit school district personnel from notifying a parent about his or her student’s mental, emotional, or physical health or well-being…” At no point, does the bill prohibit saying the word “gay.”

The most controversial part of the bill is section three, which states:

Classroom instruction by school personnel or third parties on sexual orientation or gender identity may not occur in kindergarten through grade 3 or in a manner that is not age-appropriate or developmentally appropriate for students in accordance with state standards.

Proponents of the bill focus on the first half of the sentence, which states that lessons about sexual orientation or gender identity are not allowed in kindergarten through third grade, but the sentence doesn’t stop there. The second clause prohibiting lessons that are “not age-appropriate” contains no such limitation on grade level. The vague wording greatly expands the reach of the bill beyond the third grade to any public school.

Because the bill contains no attempt to define what is “age-appropriate or developmentally appropriate,” enforcement of the law would be entirely subjective. Every parent and teacher who is asked could have a different idea of what is appropriate to be taught at each grade level. Laws that don’t define objective standards for enforcement are bad laws.

If a parent believes that a teacher is violating the law, the bill stipulates that each school must have a procedure to notify the principal of the concerns, which must then be resolved within seven days. If the concern is not resolved, the school must explain why within 30 days. If the issue is not resolved to the parent’s liking, the parent can either ask the Commissioner of Education to appoint a special magistrate to investigate the matter or file a lawsuit against the school. If the parent obtains a declaratory judgment against the school, they can be awarded damages, court costs, and attorney’s fees.

Essentially, the bill calls for judges to decide what is appropriate to be taught in the classroom, despite the fact that they may have no training in education, health, or psychology. This puts judges in the position of being activists who can establish or cancel a school’s curriculum based on a very vague standard. This is not a conservative proposition.

My take on the bill is that it doesn’t explicitly prohibit informal discussions, only “classroom instruction.” Fears that educators or students could be punished for simply talking about their families would also seem to be unfounded.

The problem is the prospect of having angry parents file a lawsuit if Teacher Adam mentions his husband, Steve, arguably would have a chilling effect on personal discussions. That isn’t a bug of the law, it’s the point. Similar to the Texas anti-CRT law that I wrote about last year, the Florida law is a blatant attempt to use the threat of parent lawsuits to prevent the discussion of certain topics in school.

Some parents will favor freezing out the discussion of homosexuality in schools. Others will not.

If the anti-CRT laws are any indication, a great many of the complaints will go far beyond the scope of the law. For example, the laws that were intended to be used against Critical Race Theory are now yielding complaints about any race-related issue. Books about black children are targeted in school libraries and the woman in the video below complained that a book about Martin Luther King’s march on Washington contained the historical facts that some police officers and firefighters were racists who abused the marchers.

Moreover, the bill doesn’t seem to address an actual problem. The Tampa Bay Times reports, “In practice, it is unclear exactly how things will change in the classroom because sexual orientation and gender identity is not something that is being taught in grades K-3 at the moment.”

So, why is the law needed if the subject isn’t being taught? It’s obviously an attempt to capitalize on a culture war issue by pandering to the Republican base.

I have a couple of objections to the bill. The biggest is that I don’t believe in passing sweeping legislation to attack imaginary problems. Such an approach is not conservative in any sense of the word.

Second, I also object to laws that encourage frivolous lawsuits. This seems to follow the example set by the Texas abortion law that allows people to sue abortion providers. Republicans aren’t the only ones seeking to use lawsuits for partisan purposes. In California, Democrats have introduced a bill that would allow victims of gun crimes to sue gun manufacturers.

Third, the vagueness of the law takes the subject out of the hands of schools and puts curriculum decisions into the hands of judges. For most of my life, I’ve heard conservatives complain about “activist judges,” but the Florida legislature is now asking them to be activists.

I’ve pointed out many times in the past how both parties tend to gain power and then go off the rails by enacting (or trying to enact, in the case of the human infrastructure bill) bills that their base loves, but the rest of the electorate, not so much. That seems to be the case here.

The Florida law is popular among Republicans (as are the Texas laws), but the same can’t be said for voters at large. A recent ABC News/Ipsos poll found that 62 percent of Americans oppose similar laws while 37 percent support them. Among Republicans, numbers are reversed with 61 percent in favor. Only 35 percent of independent voters support the laws. This is an indication that Republicans are badly out of step with public opinion on the issue.

Florida is nominally a Republican state these days, but it has been a very small Republican majority. With probable higher death rates among Republican voters from the pandemic, it may be that the political balance shifts in coming elections. Republicans might soon regret passing unpopular laws such as the Parental Rights in Education bill.

Florida Governor Ron DeSantis is obviously looking ahead to 2024 and the bill is a part of his plan to stay to the right of Texas Governor Gregg Abbott. While the law will help DeSantis in the Republican primary, it may be a drag (no pun intended) if he makes it to the general election. As we saw in 2020, general election voters don’t march to the tunes that are played by Republican pundits.

I’m not pro-gay, but I’m also not in favor of expanding government willy-nilly to make the base feel good about solving problems that don’t exist. A conservative, limited government philosophy would hold that bills should only become law if they are necessary. Even then, they should be specifically targeted to address the issue at hand. They should not be vague or overly broad.

I’m also not in favor of denying the reality that gay and transgender people exist. Some proposed laws in other states call for any mention of homosexuality to be excluded from discussion in school. These bills could accurately be called “Don’t Say Gay” bills.

I have several pieces of advice on the issue. First, don’t buy into the scaremongering that teachers are pedophiles and socialists who are seeking to groom and indoctrinate your kids into all sorts of perversions and anti-American ideologies.

Get to know your local teachers and school board members. You probably already know them. You go to church with these people, your kids play with their kids, and you sit beside them at all sorts of local events. You may be related to some of them. Ask yourself if you really believe these people are a threat to the youth of your community.

As one teacher said on Twitter, if teachers really had the power to indoctrinate their students, the kids would be turning in their homework on time. Fears of indoctrination are overblown. Fears that kids aren’t learning enough to be competitive in the world may not be.

If you’re still concerned, get involved. Talk to your child’s teachers and ask questions. Look at the materials that your kids bring home. Go to school board meetings, but if you do, be polite and don’t threaten anyone. (I really shouldn’t have to say this but that has become a real problem over the past few years as some parents are whipped into a frenzy over masks, CRT, and now alleged “grooming.”) Get involved, but be nice.

The Florida law is part of a disturbing trend in which Republicans get fired up about a culture war problem that doesn’t really exist, then pass a vague law that claims to cure the problem. It’s a scam and Republican voters need to get wise to it.