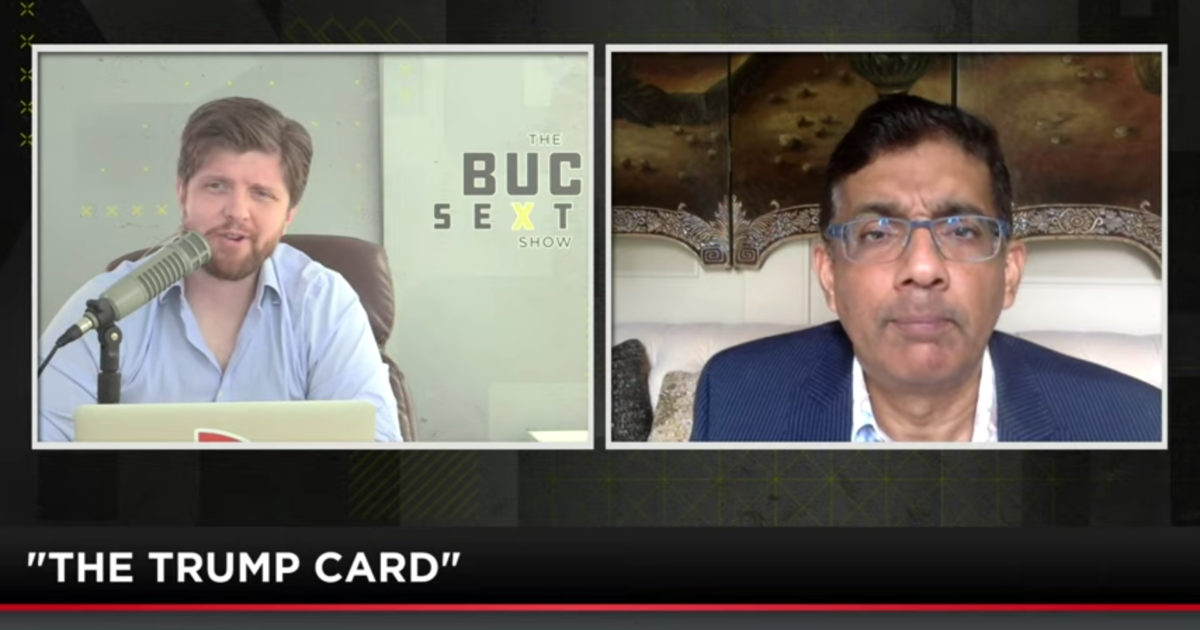 Author and filmmaker Dinesh D’Souza joined Buck Sexton on Monday to discuss his new feature film Infidel which he says has been “really successful” so far.

“I wanted to challenge them in their own domain,” Dinesh told Buck. “So my wife and I came up with this idea for a movie about religious persecution.”

D’Souza explained that he is trying to take conservative thinking mainstream and if Infidel is successful, it will lay the foundation for his goal of one film per year.

He also revealed that he considers his new film “The Trump Card to be “the best of my movies” and predicted a “big Trump win” in November. It will be available at www.trumpcardthemovie.com beginning on October 9.