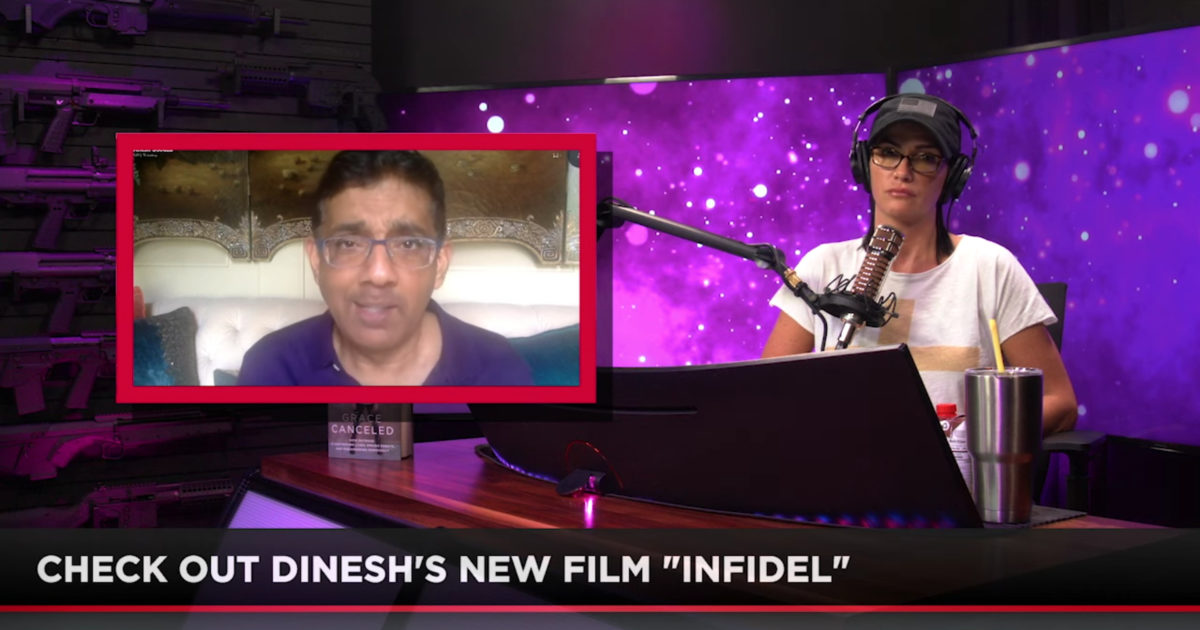 Author and film maker Dinesh D’Souza joined Dana Loesch on Tuesday where he underscored the selective law enforcement of campaign finance laws in America and how foreign money is funneled into U.S. politics.

He made the argument that the violent “thugs on the street” are working hand-in-hand with the “good criminals in the mayor’s office,” etcetera.

Dinesh previewed his brand new film Infidel and touched on his soon-to-be-released Trump Card which will be available in early October.

“There’s such a deep need for films that reflect profound human, and patriotic, and Christian values.”