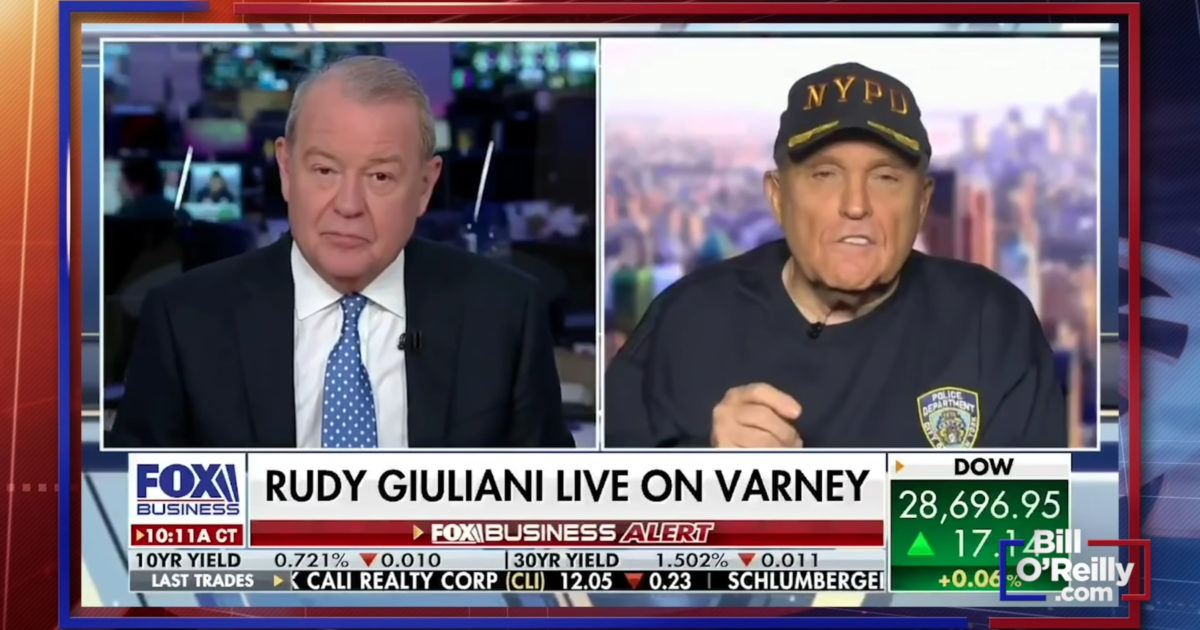 He showed viewers of “No Spin News” the Fox Business segment of Rudy Giuliani telling Stuart Varney that “Biden should drop out of the race, he’s such a big criminal” before accusing the FBI of sitting on incriminating evidence.

O’Reilly pointed out that all but one major news outlet completely ignored the Burisma story and the one that covered it did so only with the purpose of discrediting the report.