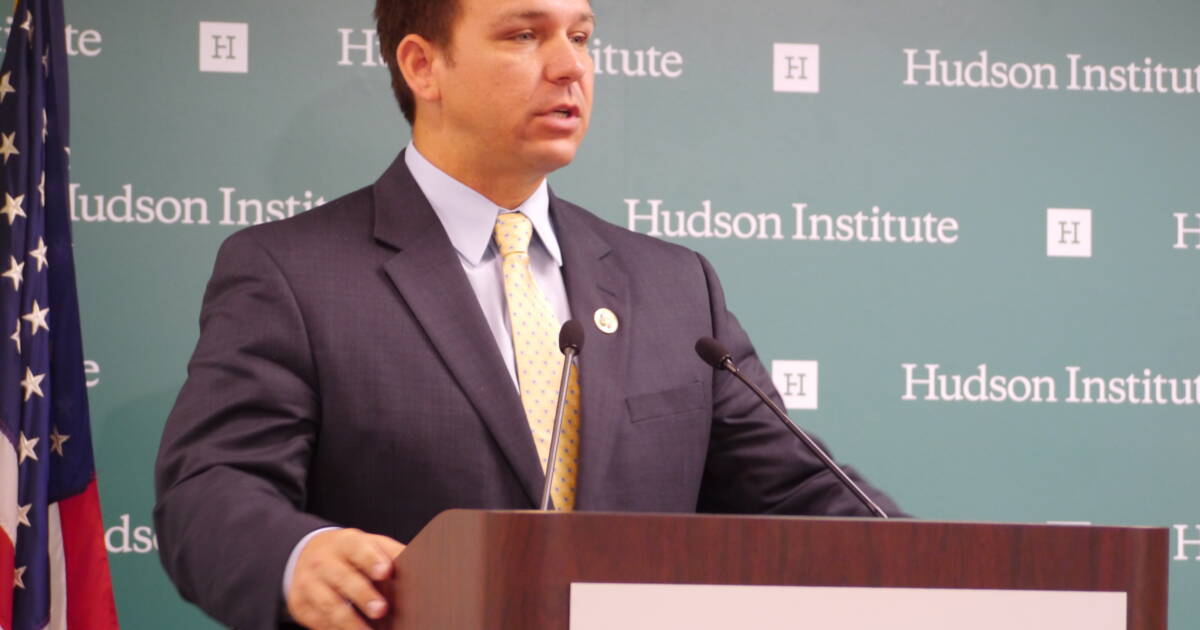 Fresh from the controversy over Florida’s “Don’t Say Gay” law, Governor Ron DeSantis is revving up his activism rather than taking a victory lap and moderating his stance. DeSantis, who is running for re-election this year and is widely believed to be gearing up for a presidential campaign in 2024, is placing his bets on stoking the fires of the culture war.

First, in a continuation of the battle over “Don’t Say Gay,” DeSantis is attacking Disney’s special status as a quasi-self-governing entity. The legislation proposed by Republicans would repeal a 1967 law that established the Reedy Creek Improvement District, which serves Disney and 18 other property owners of approximately 25,000 acres in Orange and Osceola counties.

DeSantis and his allies are clear about why this action is being taken. House Speaker Chris Sprowls told Politico that Disney’s opposition to “Don’t Say Gay” was “wildly inappropriate” and added, “They used their platform to perpetuate what we believe to be a lie, which is that the bill did one thing that it really didn’t do at all.”

Inappropriate or not and true or not, Disney has a First Amendment right to express its political positions. What’s more, it has the right to do so without fear of government retribution.

So what we have is a company using its free speech to oppose a government policy. The government, which does not like the company’s speech, is now taking action to punish the company for its vocal opposition.

Does anyone see a First Amendment problem here?

In fact, the situation in Florida is exactly the sort of situation that the First Amendment was drafted to prevent. The state government is persecuting a company specifically for engaging in political speech.

There’s a valid argument that Disney and its cohorts should never have been granted special status by the state government, but the problem now is that the government is trying to revoke that status as punishment for Disney engaging in protected political speech. If this goes to the courts, it won’t end well, but by the time Florida loses DeSantis will have made his attempt at capturing the White House since the bill would not take effect until next year.

Jeff Blehar of National Review was salivating at the idea that DeSantis’s Big Government was about to “bludgeon” companies that spoke out against the governor’s agenda, tweeting that DeSantis “understands he owns Disney.”Jeff B. is *BOX OFFICE POISON* @EsotericCDI like DeSantis’ moxie. I can criticize him in sixteen other ways, but at the end of the day, the fact that he understands he owns Disney as a Republican running Florida and not the other way around is the sort of paradigm-shift smart GOP politicians always seem to shrink from.April 20th 2022331 Retweets4,171 Likes

I’m not sure what ideology Blehar adheres to these days, but this is not limited-government conservatism. This is more akin to authoritarianism in which the strongman gives the marching orders and businesses and citizens fall in line or face the consequences.

Beyond the First Amendment implications, the plan would be expensive for the State of Florida. Miami Herald Capitol Bureau Chief Mary Ellen Klas reports that the plan would wipe out $2 billion in Disney bond debt, which would likely be transferred to local county governments or the state. Aside from the fact that Florida would be relieving Disney of its debt, to some extent a benefit for the company, that would mean a tax increase for Florida families.

Beyond Disney, the DeSantis Administration has also gone to war against math textbooks. The news broke Friday that the Florida Department of Education rejected 41 percent of submitted math textbooks, 54 out of 132 texts. A press release titled “Florida Rejects Publishers’ Attempts to Indoctrinate Students,” cited “references to Critical Race Theory (CRT), inclusions of Common Core, and the unsolicited addition of Social Emotional Learning (SEL) in mathematics” as reasons for banning the texts.

When asked, state officials did not present specific examples from the banned books, but spokeswoman Christian Pushaw did cite a ninth-grade math worksheet that discussed Maya Angelou’s sexual abuse and prostitution. However, the worksheet was not part of an official curriculum, was not related to the banned books, and the incident did not take place in Florida.

I’m skeptical that the DeSantis Administration is the only entity that scours school textbooks for objectionable material. I have serious doubts that the content of the books is as claimed. Florida needs to show specific examples to justify the book bans.

Finally, DeSantis threatened to hold Twitter “accountable” for rejecting Elon Musk’s offer to buy the company. Citing the fact that Florida has shares of Twitter in its pension fund, DeSantis said, “I think that’s probably an injury to the fund, so we’re going to be looking at ways that the state of Florida potentially can be holding these Twitter board of directors accountable for breaching their fiduciary duty.”

There is a persuasive argument that Musk’s assumed business model would reduce moderation in the name of promoting free speech online. Aside from the irony of DeSantis championing Musk’s version of free speech with one hand while attacking Disney for exercising its First Amendment rights with the other, Musk’s vision has been tried and failed by other such behemoths of the social media industry as Parler, Truth Social, Gab, Gettr, and Rumble.

Over the past few years, I’ve frequently seen people on Facebook and Twitter announce their departure for the greener pastures of right-wing social media platforms, but they always come back. The problems are numerous. There are technical issues, fewer people to network with, and without moderation, the sites quickly become cesspools.

Moderation does seem to exist but at a lower level than for the mainstream sites. For instance, Trump’s Truth Social bans users for [wait for it] making fun of Republicans. Mashable reports that the account @DevinNunesCow was deleted for unspecified “Truth Social community guideline violations. Additionally, anti-vax talk show host Stew Peters was censored for calling for the execution of those who allowed children “to be killed” by the COVID vaccine.

It seems that the argument is not about unfettered free speech but where to draw the line and who gets to draw it. And that, as I’ve argued in the past, is a question for the private owners of the platforms to decide, not government arbiters of fairness from either party.

The common thread with Florida’s recent initiatives is that DeSantis is using the power of government to pressure private companies to conform with his culture war agenda. DeSantis’s actions represent a rejection of the traditional conservative philosophy of limited-government and an embrace of a right-wing version of Big Government.

The inherent flaw with right-wing Big Government populism is that it assumes that the other side will never gain power and be able to use the levers of government for their own priorities. After all, everyone agrees with us. Right? That may be a safe assumption in deeply partisan states but not so much in a battleground state like Florida.

As recently as February, DeSantis was riding high with 55 percent approval, but his culture war initiatives are polarizing the state. Rather than seeking to expand his base, the governor is doubling down on divisiveness and concentrating on throwing red meat to core Republican constituencies. The risk is that veering to the right may push moderates and independents that the GOP has worked hard to win back toward the Democrats.

A re-election loss this fall would put an end to DeSantis’s presidential aspirations and, given his tendency to abuse the power of government, that would be a good thing. Conservatives need to find a better standard bearer.