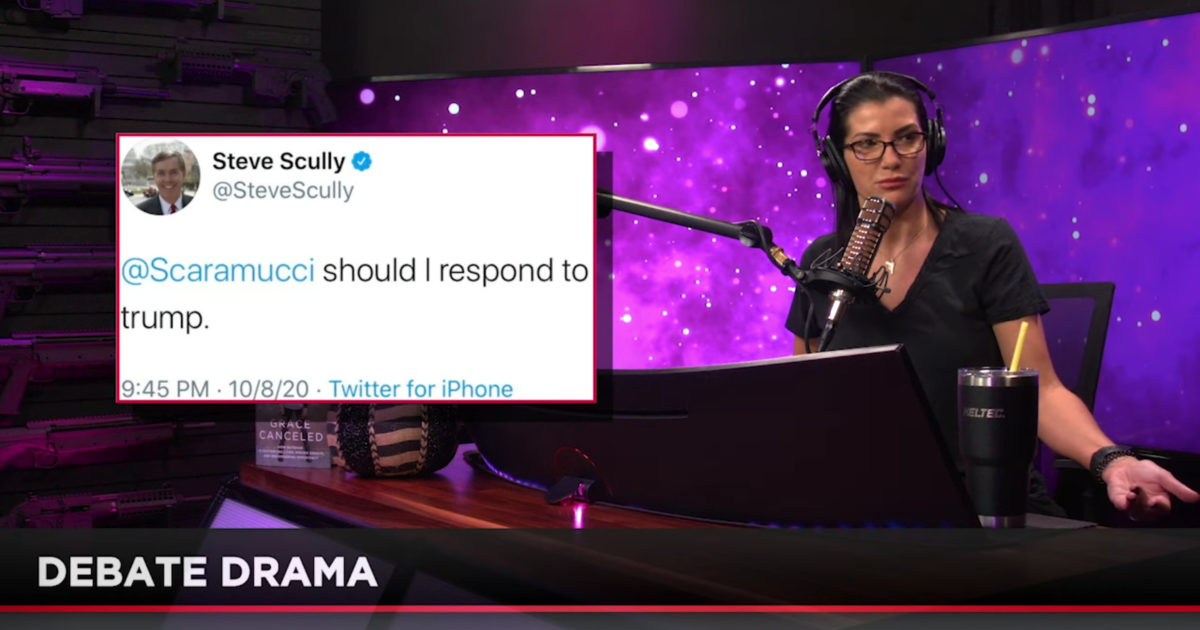 C-Span’s Steve Scully, the would-be moderator of the second presidential debate, launched himself into controversy on Friday morning after appearing to erroneously post a private message publicly on Twitter.

Dana Loesch said later in the day that she is not buying any of it. The message in question was directed toward Trump rival Anthony Scaramucci who was notoriously fired by the president after just 11 days on the job at the White House.

“I think he was private messaging Scaramucci and he messed up, that’s what I think… No one believes this and you shouldn’t either.”