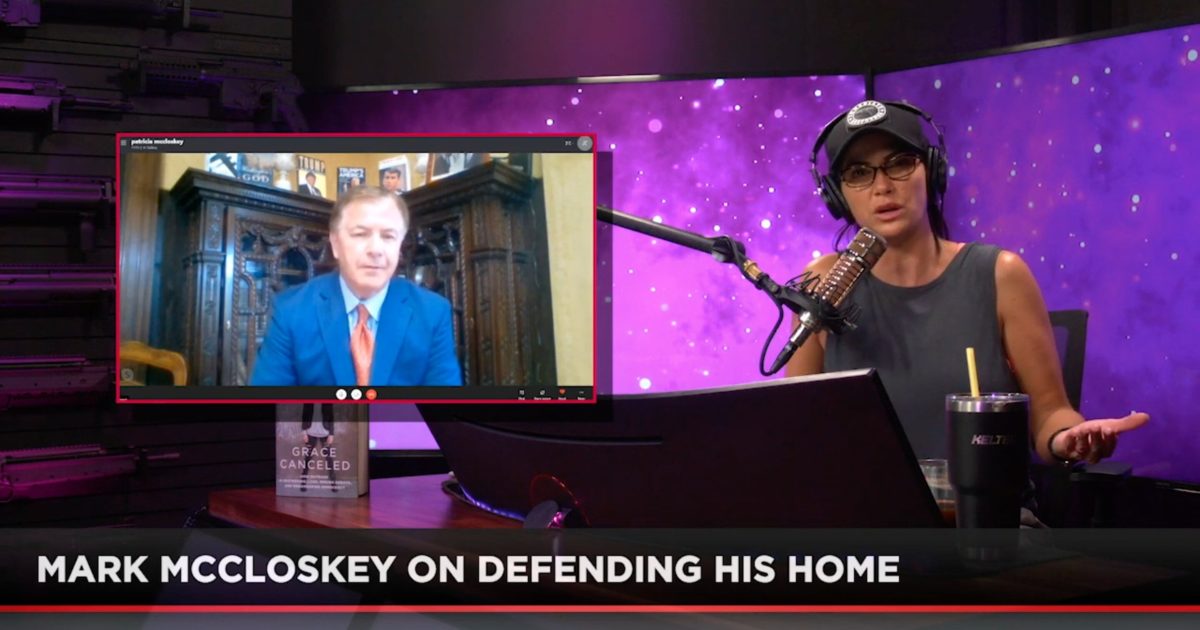 Mark McCloskey, against the advice of his lawyer, joined Dana Loesch to provide an update on the situation in St. Louis after he and his wife armed themselves in the face of hundreds of protesters.

Trespassers broke down a private gate, shouted threats, and yet the Democrat-run city of St. Louis, along with the media, have done nothing but politicize this situation.

Mark explained, “There was a guy who took out two loaded magazines, showed them to me, clicked them together and said, ‘You’re next.'”

So far, no charges have been filed against the McCloskeys but Mark’s rifle has been confiscated.