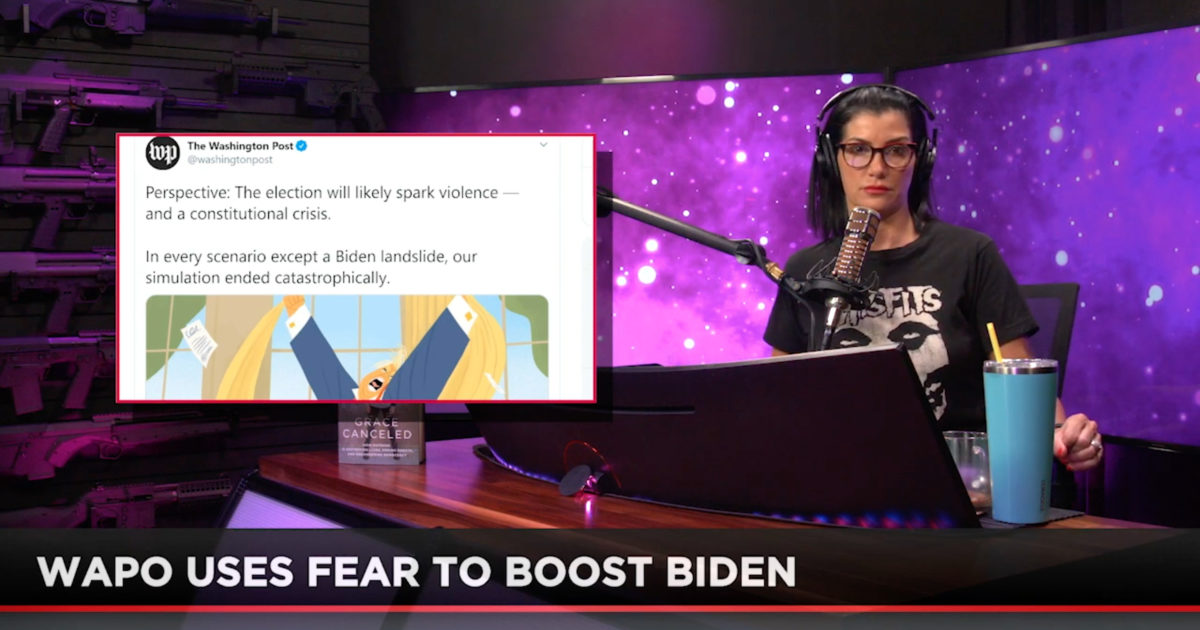 Dana Loesch’s declaration on Tuesday that “the media wants a war” was proven correct less than 48 hours later as the far-left Washington Post released an op-ed masquerading as a report on some sort of “simulation” claiming violence is likely “in every scenario” except “a landslide for Joe Biden.”

“This is one of the most dangerous and most irresponsible things that’s ever been written,” Dana said before sharing the stunningly threatening tweet by the progressive publication which you can see for yourself below: