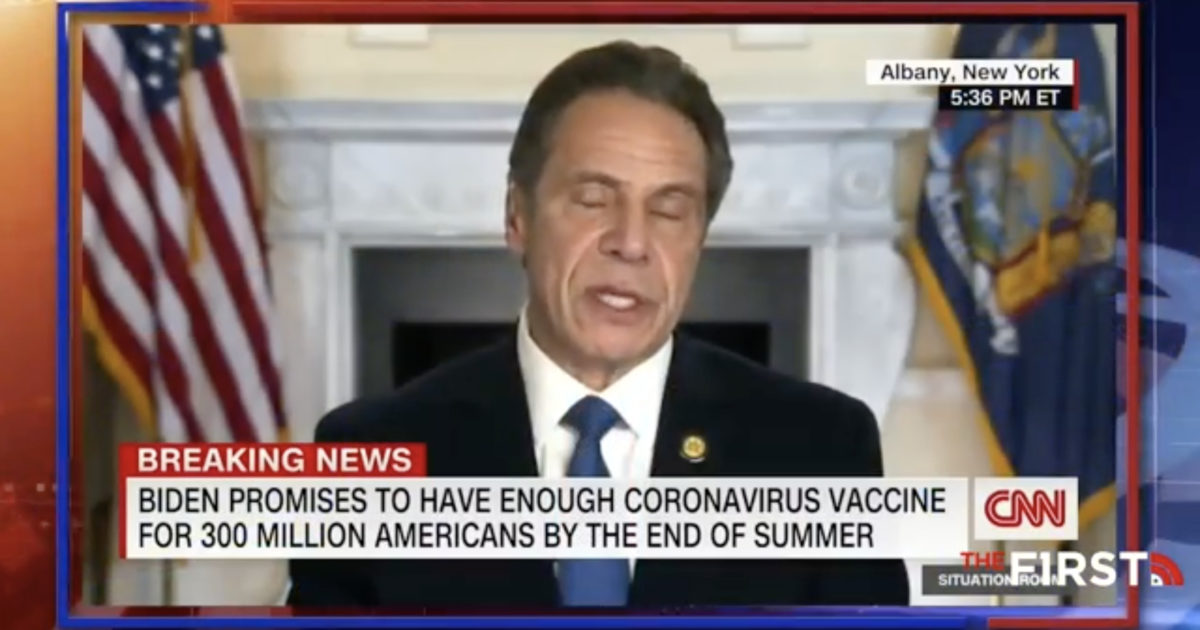 CNN gave New York Governor Andrew Cuomo a softball interview as he continues to pass the buck on his failure on COVID-19 vaccine distribution, said Bill O’Reilly this week.

Even worse, the same guy who issued the nursing home mandate had the nerve to say “incompetent government can kill people,” he pointed out.

Wolf Blitzer failed to do his job by not taking him to task and it was likely because they previously agreed the nursing home question was off the table, Bill explained.