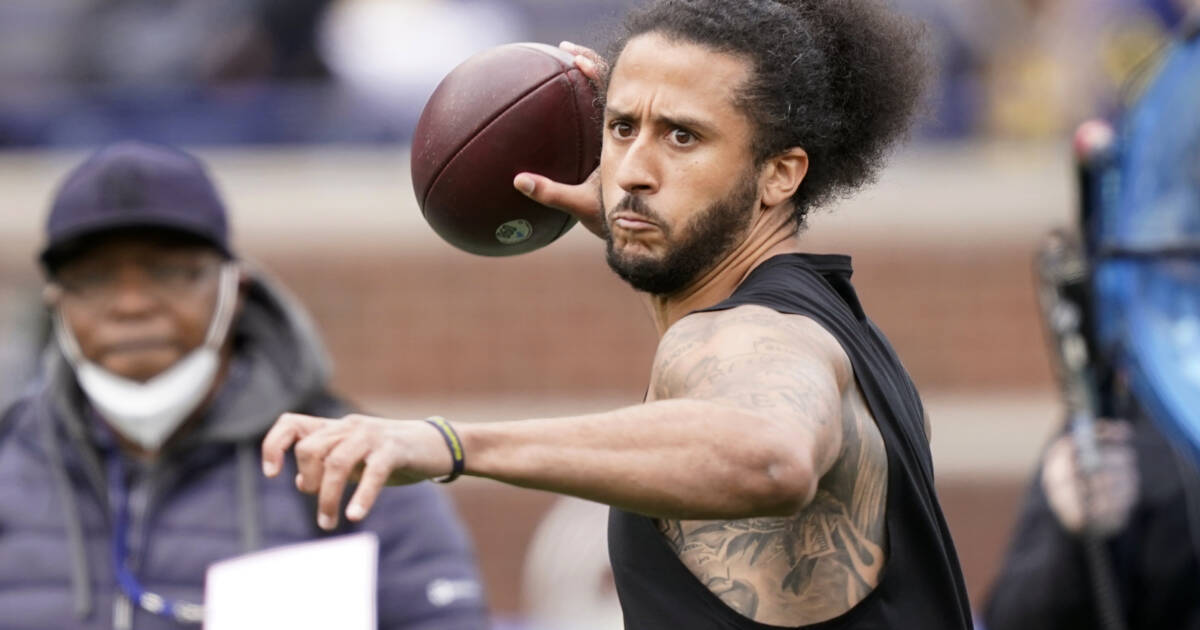 Ex-49ers quarterback and hyper-woke warrior Colin Kaepernick finally got a chance to workout for an NFL team; Kaepernick has been trying to get back into the league for years, despite badmouthing the NFL and comparing trying out to slavery.

According to Ex-NFL star defensive tackle Warren Sapp, his workout with the Raiders was a “disaster.”

Said Sapp of the Kaepernick workout, “I heard it was a disaster. I heard one of the worst workouts ever.”

If Warren Sapp’s comments are evidence, maybe we know why it all just seems to have gone quiet. Sapp says that Kaepernick’s workout was horrible and no one wants to admit it.

After the VladTV host noted that there are rumors that Kaepernick’s workout was not very good, Sapp jumped in saying, “I heard it was a disaster. I heard it was one of the worst workouts ever. I’m wondering how the hell this happened and the tape didn’t get out, right.”

Sapp said it was very suspicious that no video of the workout has ever come to light.