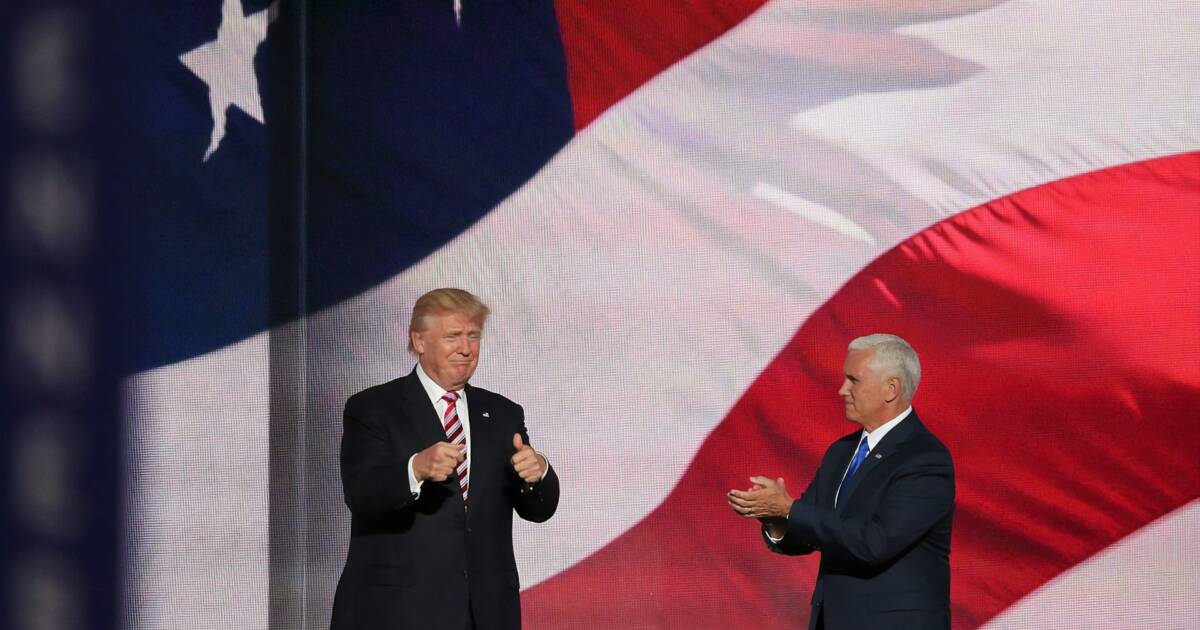 Last winter, we were all treated to an unprecedented drama as a lame-duck president fought to overturn election results to stay in office. Now there is a smoking gun that indicates that the Trump campaign had debunked its own claims long before attorneys like Rudy Giuliani and Sidney Powell made them in court. In other words, the Trump campaign knew that Donald Trump had lost the election and tried to get courts to throw out the election anyway.

Court documents filed last week as part of a defamation suit filed by a former Dominion employee against the Trump campaign and obtained by the New York Times indicate that Trump’s lawyers knew that the conspiracy theories that they advanced about voting machines from Dominion and Smartmatic were not true when they advanced them at a press conference two weeks after the election. The documents include emails between Trump campaign staffers and a resulting memo that debunked the campaign’s own claims.

Ten days after the 2020 election, on November 13, Zach Parkinson, then the Trump campaign’s deputy director of communications, emailed lower-level staffers to ask them to “substantiate or debunk” claims being made about Dominion. The next day, Parkinson received a response in the form of a memo that stated in part that Dominion did not use software from Smartmatic in the 2020 election, Dominion had no connections to George Soros or Venezuela, and there was no evidence that Dominion’s management had ties to Antifa or leftwing activists. All of these points debunked claims being made by Trump supporters and the campaign’s own lawyers.

In the following days, a conservative activist, Joe Oltmann, accused Eric Croomer, the Dominion employee who filed suit, of hacking the voting systems to ensure that Trump lost. Trump campaign lawyers Rudy Giuliani and Sidney Powell repeated these claims in a press conference on November 19 at the Republican National Committee offices. The pair also linked the plot to Soros, Venezuela, and Smartmatic, all of which had been debunked by the Trump campaign memo several days earlier.

In a deposition, Giuliani said that he and Powell were “active supervisors” of the Trump campaign’s legal strategy even though there was some doubt about who Powell worked for. Giuliani claimed not to have seen the memo but claimed its authors “wanted Trump to lose because they could raise more money.”

So far, it is uncertain whether Donald Trump saw the memo or was briefed on its contents. That is certain to be a question that lawyers will be asking in the future, but if the president was not informed of the memo, he definitely should have been.

What is indisputable, however, is that members of the Trump campaign who had seen the memo stayed silent. In fact, they stayed silent for the next couple of months as Trump’s lawyers, led by Giuliani and Powell, challenged the election results around the country. Donald Trump allegedly even went so far as to consider appointing Powell as some sort of special counsel to investigate the claims of voter fraud.

The documents are more evidence that the Trump campaign knew that the voter fraud claims were false and made them anyway. Afraid to challenge Donald Trump, Republicans looked the other way and let the crisis fester and grow. These claims ultimately led to the insurrection on January 6 and brought America to the brink of civil war.

New documents also shed light on the endgame for the infamous “Stop the Steal” rally. A newly revealed memo by Trump lawyer, John Eastman, outlined a six-step plan for having Vice President Mike Pence set aside the electoral votes of the seven contested states. Under the undated proposal, Pence would cite multiple slates of electors as a reason for not counting the votes of these states. The new total number of electoral votes would be 454, which means that 228 would be required to win. Coincidentally, Donald Trump would have had 232 electoral votes under that scenario.

Ladies and gentlemen, what is emerging here is a blatant attempt to steal the presidency. The Trump campaign knew that the voter fraud claims were false. If Donald Trump did not know, he should have. There is no excuse for withholding this information as the president made the rounds claiming – as he still does – that he rightfully won the election.

Other Trump lawyers built upon this deceit to plan to throw out the votes of millions of Americans. Seven whole states! The purpose of this plot, which Donald Trump apparently was aware of since he publicly pressured Mike Pence to help him, was to hold on to power even though he lost the election.

These facts cannot be credibly understood in any other way than that Donald Trump, aided by a cadre of crooked lawyers and supporters, tried to engage in a coup that would have toppled the rightful president-elect and usurped the constitutional order. Republicans wonder why people won’t move on from the insurrection, but this – Donald Trump’s attempted coup – is the story of the century. The insurrection is only the cherry on top.

If Pence had played ball, the matter would not have ended there. It is a fantasy to suggest that the country would have stood idly by as the incumbent president ignored the wishes of 14 percent of the states. The matter would have undoubtedly moved to the courts, but it would have likely ended up in the streets.

Americans – even Trump voters who are truthful and honest – would have never accepted such a blatant (and incompetent) attempt to steal power. The country would have risen up and it would have been right to do so, even if doing so would have amounted to a national tragedy.

What have we learned from Donald Trump’s coup attempt? We have learned that Mr. Trump’s incompetence is surpassed only by his dishonesty and corruption. He was willing to lead the country to widespread political violence to hang onto a job that he wasn’t very good at and frankly seemed to care little about beyond standing in front of crowds.

We have learned that a great many Republicans were too spineless to stand up to Trump when it counted. Whether for ideological reasons or to protect their own jobs, these people were willing to sell out their country and shred the Constitution. That should not be rewarded.

We have learned that Trump should have been impeached and disqualified from holding future office. Even in the absence of the guilty verdict last January, every American who loves the Constitution and the rule of law should make it their mission to ensure that Donald Trump and his enablers are never trusted with power again. As Herman Cain used to say, “They think you’re stupid.” We need to prove them wrong.

Finally, we have learned that America owes Mike Pence a debt of gratitude. Where other Republicans stayed silent and fell in line, Pence, almost singlehandedly, saved the day and defused the situation. Without Pence, Trump and the rioters could do nothing except scream futilely into the cold January winds.