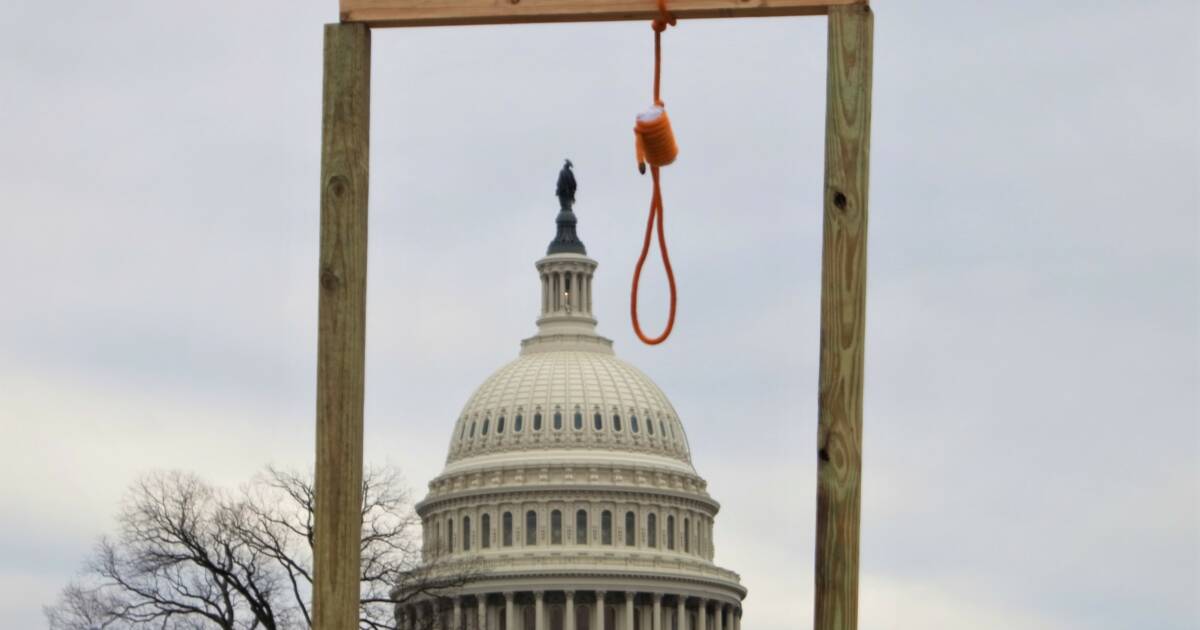 Last night, the entire country (except for people watching Fox News) found out why Republicans were desperate to quash the investigation into the January 6 insurrection and Donald Trump’s two-month-long campaign to steal the 2020 election by tossing out selected electoral votes. The evidence from Trump’s own allies that Team Trump knew that it had lost a free and fair election was damning. If you’ve been reading this column since January 6, 2021, none of this came as a surprise to you, but if you get your news from partisan sources it may have come as a shock. Trump’s unfitness for office went far beyond mean tweets.

The real question is not whether the Republican Party acted corruptly in 2020 (and since), but what that is going to mean going forward. How will the revelations about the attempt to steal the 2020 presidential election, the Capitol insurrection, and the subsequent attempts to cover up Republican responsibility for both affect the upcoming elections?

To be sure, the evidence won’t sway most Republicans, who will stick their fingers in their ears and scream “LA LA LA” rather than hear anything critical of Trump. Fox News didn’t air the hearings and “conservative” pundits and sites won’t discuss them honestly. The MAGA insurrectionists could have lynched Mike Pence on national television and the Republicans would still have groused that they were concerned but that the “demon rats” were a much bigger threat.

Beyond the coup attempt, we have a strong economy but many of the most visible indicators on our individual personal finance dashboards are flashing red. Gas prices are up and the stock market is down. Inflation has slowed but isn’t going away and food prices may spike soon. It doesn’t matter that Joe Biden is not responsible for any of this. The president and the majority party are a lightning rod that gets the credit or the blame for whatever is going on.

If we look solely at the economy, we would expect an electoral bloodbath for Democrats this year. It may not be that simple.

In several races, Republican primary voters have picked very weak candidates. There are also a number of incumbents who may be directly linked to the improprieties surrounding January 6. It is even possible that some sitting Republicans may find themselves under indictment for their behavior with respect to Trump’s attempt to steal the election. These developments could affect the outcome of certain races.

Fringe MAGA candidates like Herschel Walker, Dr. Oz, Doug Mastriano, J.D. Vance, and the newly indicted Ryan Kelley may find themselves in very difficult races against seasoned and sane Democrats. Bad candidates can still struggle in a year that favors their party. For examples from the past, look no further than Todd Aiken and Christine “I Am Not a Witch” O’Donnell. On the other hand, we have plenty of recent examples of embarrassingly bad candidates getting elected in highly partisan districts as well.

Another example of a campaign that might be undone by illicit behavior after the 2020 election is Senator Mike Lee (R-Utah). Lee, a self-professed constitutionalist, nevertheless has been implicated in an effort to create a constitutional crisis by having red states that Trump lost submit competing states of electors. Utah is a deeply red state, but Democrats have thrown their support behind independent conservative Evan McMullin in an effort to unseat Lee. Recent polling suggests that it could be a close race.

In close races, the revelations of MAGA corruption that are now reaching independent voters, many of whom are just starting to pay attention to the election, may tip the scales. Candidates who cozied up to Trump and MAGA in primaries will be forced to distance themselves from the corrupt fringes of the party in the general election, but that may prove to be difficult.

The present conundrum for voters is whether they will give more weight to economic conditions that are affecting the entire world or the lurid details of Donald Trump’s refusal to accept his loss and allow a peaceful transfer of power. The average voter shares my disdain for the more radical progressive policies pushed by the Democrats but also reviles the rampant deceit coming from Republicans. The question is going to be which of these two evils voters will determine to be the lesser.

Beyond 2022, a more far-reaching implication may be that the January 6 revelations put the final nail in the coffin of Trump’s aspirations for re-election. There is some evidence that Republicans are finally looking beyond Donald Trump. The bad news is that the focus seems to be on Ron DeSantis, who seems to be nearly as bad from a constitutional standpoint while possibly being competent enough to pull off abuses of power that Trump could not.

The evidence of MAGA corruption that was aided and abetted by most of the Republican Party is overwhelming at this point. We can expect that there will be a steady dribble of embarrassing information between now and the election. The bombshells will continue.

Republicans have put themselves into this situation by abandoning their principles and hitching their wagon to the most corrupt man to ever hold the office of president. Future historians will write volumes on what the heck exactly Republicans hoped to gain by such transparently unethical behavior.

Despite all that, Democratic incompetence and a perfect storm of global crises have combined to save Republicans from themselves. Some Republican voters have already risked that advantage by nominating fringe candidates, who are often endorsed by Donald Trump.

Republicans don’t deserve to be trusted with power after their blatantly dishonest antics of the past two years. The Democrats’ own problems may act to give the GOP a reprieve, but if they score a victory this fall, Republicans should acknowledge that it wasn’t their popularity that put them over the top but rather a fluke of unrelated events.

But don’t hold your breath.