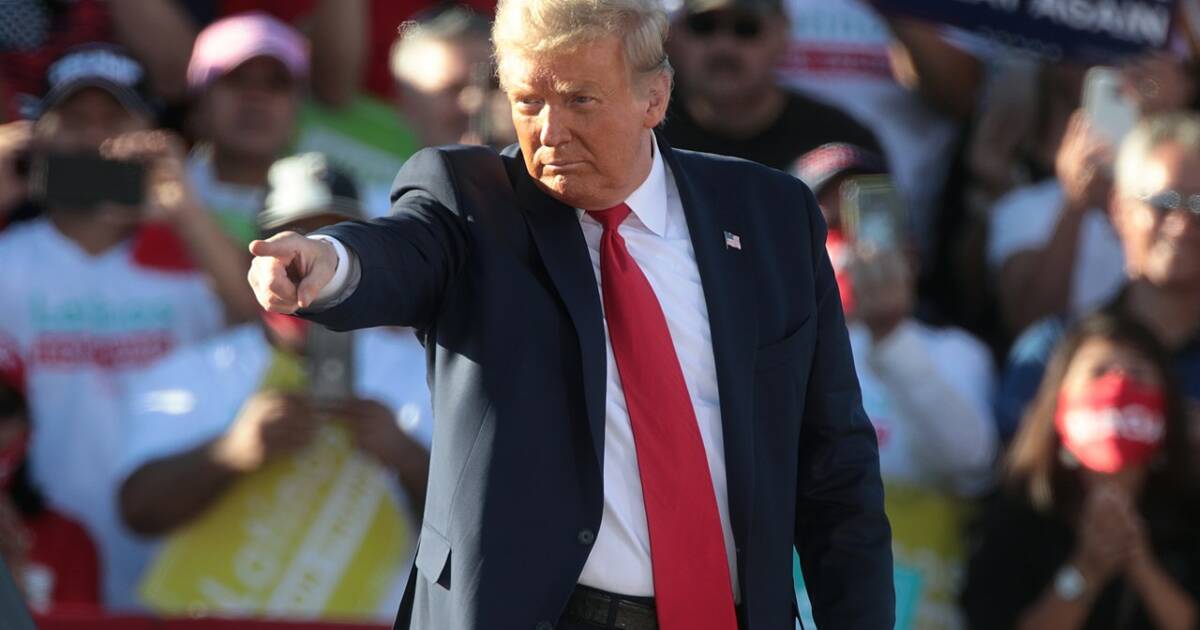 Most of the time, when someone says they hold someone in contempt, it’s a figure of speech. Very occasionally, someone is being literally held in contempt. And by “literally” I don’t mean the modern use of the word in which “literally” means “not literally.” (I’m not kidding. We live in incredibly stupid times.) That is the case this week as the House prepares to vote on whether to hold the rumpled former Trump advisor, Steve Bannon, in contempt.

The backstory here is that the January 6 commission approved four subpoenas to Trump social media czar Dan Scavino, former Defense Department official Kash Patel, former chief of staff Mark Meadows, and former White House adviser Steve Bannon. The Former Guy had his lawyer send a letter to the targets of the subpoenas telling them not to testify because the committee was seeking materials that were covered by executive privilege.

Another subpoena was later added for Steve Bannon, a friend of Trump and a former White House advisor. Bannon announced on October 8 that he would defy the subpoena, citing directions from the Trump legal team, even though he had not been a presidential advisor since August 2017.

Bannon is now the test case for the House’s power to enforce its subpoenas. CNN reports that the January 6 commission agreed to a criminal contempt referral on Tuesday and that House leaders have said that they plan to hold a vote by the entire House on Thursday. If the measure passes, the matter will be referred to the Justice Department, where is it likely to find more sympathetic treatment than previous House subpoenas received from the Trump DOJ. In theory, the contempt charge carries a jail term of up to 12 months.

To determine whether this is appropriate, we need to take a deeper look at executive privilege. Executive privilege is not specifically mentioned in the Constitution but nevertheless has a long history that is rooted in the separation of powers. The earliest use of executive privilege was in 1804 when Thomas Jefferson claimed to be exempt from a subpoena to testify at Vice President Aaron Burr’s trial for treason. In the end, Jefferson did not testify but did release some documents.

Executive privilege does exist, but Trump – and therefore Bannon – has at least two problems in invoking it. The first is that he is not president. Joe Biden, who is president, has declined to extend the protections of executive privilege to Trump and his hangers-on.

It might not matter anyway because one of the few legal precedents involving executive privilege established that presidents are not exempt from subpoenas in criminal cases. As long as they don’t involve state secrets, presidential documents can be examined although they won’t necessarily be made public.

In United States v. Nixon, the Supreme Court ruled, “Neither the doctrine of separation of powers nor the generalized need for confidentiality of high-level communications, without more, can sustain an absolute, unqualified Presidential privilege of immunity from judicial process under all circumstances. Absent a claim of need to protect military, diplomatic, or sensitive national security secrets, the confidentiality of Presidential communications is not significantly diminished by producing material for a criminal trial under the protected conditions of in camera [in private] inspection, and any absolute executive privilege under Art. II of the Constitution would plainly conflict with the function of the courts under the Constitution.”

Donald Trump’s lawsuit, filed in federal district court in Washington, DC on Monday against Rep. Bennie Thompson (D-Miss.), the committee chairman, goes beyond attempting to protect his former staffers and friends from testifying before the January 6 committee. The lawsuit opposes the release of records requested by the committee that pertain to the insurrection on January 6 and then-President Trump’s remarks to the crowd that day.

Again, this lawsuit faces similar obstacles to Bannon’s attempt to avoid testifying. Trump is no longer president and President Biden has refused to extend executive privilege to Trump’s documents. Second and most important, the records pertain to criminal activity so courts would probably undercut the privilege claim even if Trump were still president.

The big question is how the courts would enforce their order if Trump was president. In the past, we saw Trump refuse to cooperate with investigations and his Justice Department did not enforce congressional subpoenas. In all likelihood, the same thing would be happening now and congressional investigators would be met with a stone wall. Trump Administration officials would face a Hobson’s choice of being held in contempt of court themselves or being fired from their jobs.

Looking at the big picture, that’s how it’s easy to know something is very wrong. If Trump’s records TOTALLY EXONERATED him, he would have no problem releasing them to the committee. In real life, however, The Former Guy is fighting tooth and nail to protect his dirty little secrets.

Already, we know a lot more about what was happening than we did on January 7. Last month, a memo authored by John Eastman emerged that detailed the plan that the Trump campaign seemed to be following. The six-point plan called on Vice President Pence to announce “that because of the ongoing disputes in the 7 States, there are no electors that can be deemed validly appointed in those States.” Pence would then set aside the electoral votes of seven states lost by Trump (I’m sure this is just a coincidence) and count the majority of the remaining electors for Donald Trump.

We also have emails that show that Trump tried to pressure the Justice Department into getting involved in his drive to change the results of the election. These emails show, among other things, that Chief of Staff Mark Meadows pressured Acting Attorney General Jeffrey Rosen to meet with a Giuliani ally who theorized that Italian military satellites were used to change vote totals. As Dave Barry used to frequently write, I am not making this up.

It may be hard to imagine smoking guns that are more explosive than to change election results or a written plan to throw out the electoral votes of 14 percent of the states, but that doesn’t mean it is impossible or even unlikely. Given Mr. Trump’s lack of an oral filter and his penchant for saying and doing stupid things, there is literally no limit to what those White House records could reveal. The one certainty is that they will make Donald Trump look bad, which is why he is trying to protect them at all costs. The question is whether they go so far as to incriminate him in inciting the riot and a conspiracy to overthrow the duly elected president-elect.

They very well might. Among the rumblings that I’m hearing are that the records might contain draft scripts for Mr. Trump’s address to the rioters on January 6. Trump ultimately told the rioters “We love you… but go home.” Rumor has it that these drafts might have contained a very different message, one that White House staffers refused to release. For now, that remains speculation, however.

For now, we do know that January 6 represented an attack on the constitutional transfer of power and that it was a direct result of Trump’s many-months-long assault on the integrity of the 2020 elections. We need a full investigation of the Trump Administration and campaign’s roles in the insurrection. With an Administration in power that has no incentive to protect the former president, we can expect to get to the bottom of the matter.

There will be a legal fight over Trump’s claim of executive privilege, but it may not be a long one. Executive privilege was intended to protect state secrets and the independence of the executive branch. It was not intended to allow presidents to commit crimes and hide the evidence behind a wall of secrecy.

There have been more legal developments on vaccine mandates since I covered the topic back in July. Most recently, Justice Breyer denied a request to halt Maine’s state COVID-19 vaccine mandate.

A scorecard by the Network for Public Health Law puts the current tally at 17 cases in which courts refused to strike down mandates, one case in which a court blocked a ban (Florida’s) on vaccine “passports,” and four cases in which courts provided some relief based on religious freedom grounds. Not all courts grant these requests, in part because there is no Christian doctrine forbidding vaccinations.

In terms of a loss ratio, challenges to vaccine mandates don’t fare well, but they do marginally better than Trump campaign election challenges. That sets a very low bar, however.

For people who believed in the stolen election claims and believe that vaccine mandates are illegal and unconstitutional, this presents a problem. I would submit that what these people are hearing from their trusted sources is bad information. Perhaps they should seek out some alternative sources that can explain to them why their beliefs don’t hold up in court. With both Republican and Democrat judges shooting down these cases, the answer is not as simple as they think.