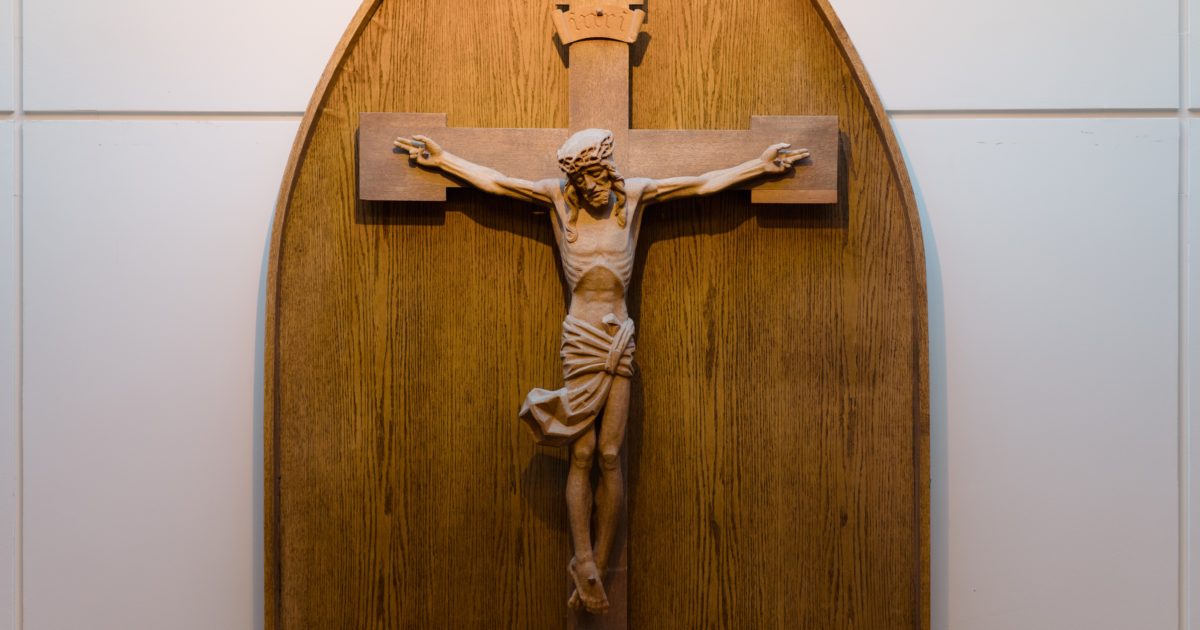 A lot of people have weighed in recently on how a Christian should vote in the upcoming election.

Some have argued that, because of his past immoral behavior, a Christian cannot possibly vote for Trump.  The argument follows that a corrupt and immoral leader will corrupt the entire nation.

I feel compelled to point out here that there is no accusation of immorality made toward Trump that has not also been made against Biden.  Realistically speaking, this is a two-person race and the fact is, neither of these are paragons of virtue.

Others have argued that, because of his stance on issues like abortion and gay marriage, a Christian cannot possibly vote for Biden.  Conversely, there are some on the Left that would try (rightly or wrongly) to point out how inhumane some of Trump’s policies are.  The “children in cages” just being one.

I am not writing today to take a position on these issues or to weigh in on who a Christian should vote for.  I list these issues merely to illustrate that if we start making faith the basis of our voting decisions then we will find a double-edged sword that we could impale ourselves on if not careful.  If we make faith the basis of our decisions in this regard, then we will ultimately have to revisit theological debates that are often centuries old.

Besides, I suspect that if we could put the question of who we should vote for to Jesus directly, his answer would be, “Come to me, all who labor and are heavy laden, and I will give you rest.” (Matthew 11:28) In other words, Jesus’ concern is with the salvation of individual souls, not with the temporary political situation in which we find ourselves.

I consider it a blessing to live in a country where I have a right to take part in government through my vote, through voicing my opinion, and even through serving in office myself if I so choose.  Indeed, I consider it a gift from God and not to use that gift would be wrong, ungrateful, and even sinful.

I contend that there are four things a Christian should do when it comes to politics.

In some of these cases there are Biblical principles that can guide us.  But if you’re looking for specific policy solutions, then the Bible will probably be silent on those issues.  The Bible is a massive book.  Its grand narrative is the story of the creation, fall, and redemption of mankind.  It is not a manual for running a government.

Points two through four are things that I think every Christian owes to the president and every other public official in this country.  I do not think these things are controversial and I think that they are true regardless of the political party or even the policy positions of the person in question.

The second thing all Christians should do is support the President when we think he’s right.  This seems like it should be obvious.  It seems like this should be easy.  But it isn’t.

So, in cases where I can find agreement, it would be great to shout out a “yes” instead of the usual grumbling of “yes … but.”

Third, something all Christians should do regardless of who wins is respectfully disagree when we think he’s wrong.  The key word here is “respectfully.”  Again, it’s easy to disagree.  Anyone can disagree.  I have an 11-year-old daughter who manages to disagree with me effortlessly.  But disagreeing in a respectful manner is difficult.

We are quarrelsome creatures.  Fighting is in our blood it seems.  In order to mitigate that, people need to be trained when young to take a better approach, or we need to make a conscious effort to overcome our tendencies when we’re older.

If you’re looking for a Biblical principle, then look again to the book of Matthew where Jesus says, “Behold, I am sending you out as a sheep in the midst of wolves, so be wise as serpents and innocent as doves.”  Or Proverbs 15:1, “A soft answer turns away wrath, but a harsh word stirs up anger.”  And, my personal favorite, “Whoever keeps his mouth and his tongue keeps himself out of trouble.” (Proverbs 21:23)

None of this is to say that a Christian should be unopinionated or should keep that opinion to himself or should never voice disagreement.  It is to say Christians should use their words wisely, deliberately, and in a way that promotes peace instead of strife.

There is a distinct lack of this in our political discourse today.  Unfortunately, it cuts across both Left and Right.  Yes, President Trump is guilty of this.  But the problem predates him and, probably, he is more a product of it than he is a primary source.

Finally, whether Trump wins or Biden wins, it is the duty of all Christians to pray for the president.

How will this help?  Well, it will help because Christians tend to think of prayer as actual activity, as actual effort to get things done.  It is not just well-wishing, as some would have us think.  It is making intercession with a higher power on someone’s behalf.  It is making requests for that person, requests for wisdom and guidance and strength.  In doing this, in taking actions for another person, it becomes more and more difficult to bear hard feelings toward that person.

This is called the Benjamin Franklin effect.  In his autobiography, Franklin wrote of an episode during his time on the Pennsylvania legislature in which another member and he would frequently butt heads.  In order to put an end to this, Franklin tried something unexpected.  He asked this fellow legislature if he could borrow a rare book the man had in his library.  The man agreed to let Franklin peruse the volume and thereafter the two got along considerably better.

The reason behind this phenomenon is that our human brains try to maintain some kind of logical consistency in our dealings with and opinions of other people.  So, if we make a conscious effort to treat them with respect and friendship or do them a favor, then unconsciously, it will soon become our default. Unconsciously, we may start to think better of them.

In this way, a Christian who makes a conscious effort to pray for a president, especially one he disagrees with, will find it easier to find common ground with that president and support him within that agreement.  And in cases of disagreement, the Christian will be able to maintain an attitude of respect in our otherwise heated arena of political discourse.

Admittedly, this article seems a bit preachy.  But, hey, I’m a preacher, it’s what I do.  If it helps at all, I’m preaching to myself as much as to anyone else.  I have long been a political junkie and as such, find it easy to find fault in Democrats and overlook fault in Republicans.  I’m sure, even after writing this, I will fall into these traps in the future again and again and again.  And if Biden wins, then I will probably fall into them sooner rather than later.

Our status as Christians depends on our relationship with Jesus Christ.  And while it is important to vote and exercise our right to have a say in the future of our nation, we need to keep in mind that the best way to ensure a bright future is for Christians to keep the right priorities.

2 Chronicles 7:14 says, “If my people who are called by my name humble themselves, and pray and seek my face and turn from their wicked ways, then I will hear from heaven and will forgive their sins and heal their land.”

In this verse, the national well-being comes only after a right relationship with God.  Not only that, it comes after His people get in a right relationship.  From a Christian perspective, God isn’t waiting for the non-Christians to repent and follow his ways.  He’s waiting for His people, who are supposed to already be committed to Him, to follow Him as they should.

The division and rancor in American politics today is a clear sign that we have not yet gotten this right.