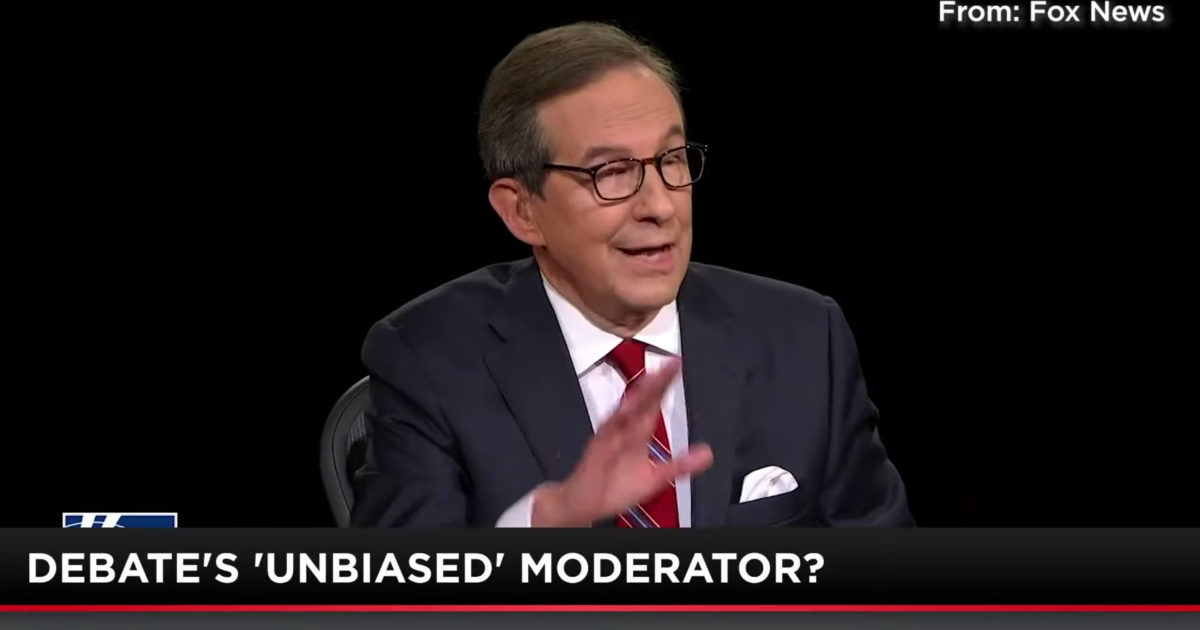 Mike Slater called out Chris Wallace this week for his shameful conduct while moderating the first presidential debate asking, “What the heck was some of this?”

He showed the video of Chris Wallace asking President Trump to denounce white supremacists while conveniently neglecting to ask Joe Biden to condemn the rampant violence from Antifa.

“The whole thing is a setup, there’s no reason to even ask that ridiculous question!”