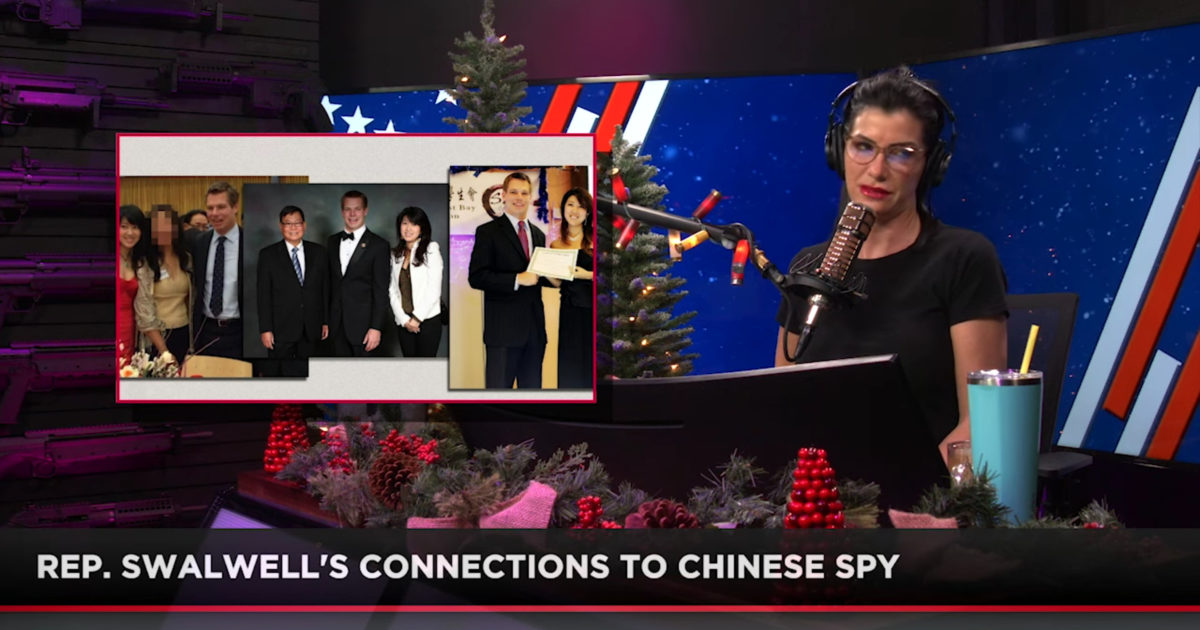 While Congressman Eric Swalwell (D-CA) was accusing Republicans of colluding with Russians he was apparently “screwing around” with a Chinese spy, Dana Loesch revealed on Tuesday.

“This is crazy… he had the audacity to tell everyone else that they were Russian spies,” Dana fumed. “This guy was screwing around with the communist Chinese and I mean that literally.”

“He liked that commie money. She was raising a lot of money for him.”