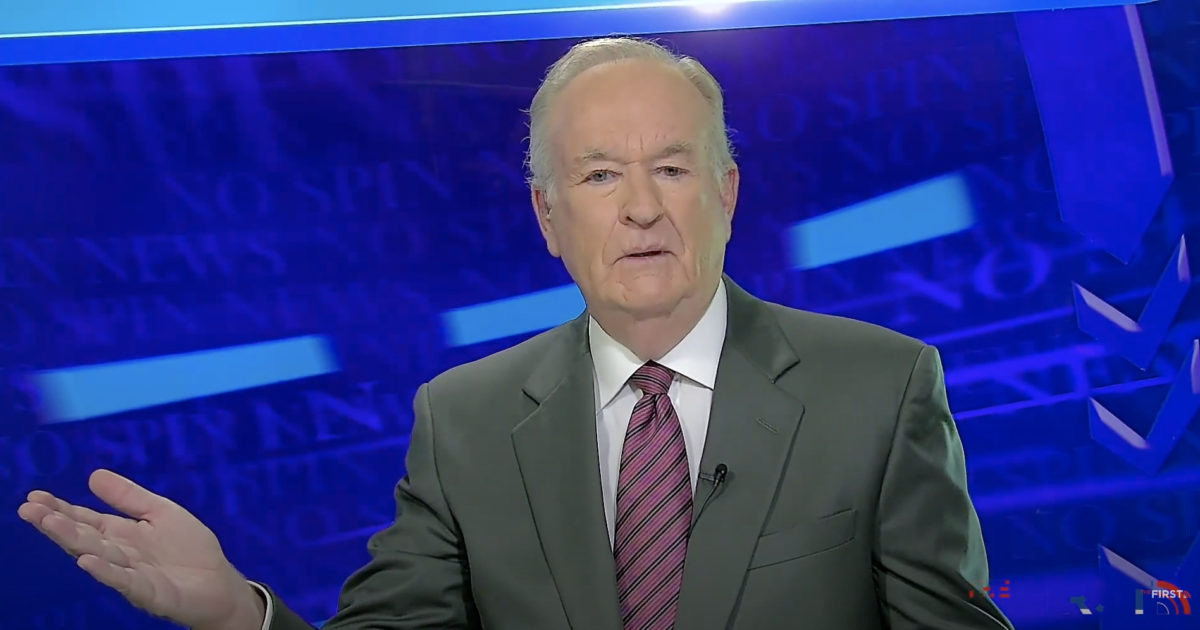 Bill O’Reilly is fed up with the “cancel culture” shenanigans and he made it known on his Tuesday show when he showcased the latest insane proposals brought to America, courtesy of leftist radicals.

The University of Texas is considering abandoning its historic fight song, “The Eyes of Texas are upon you.” Bill played video of students singing the song in unison before offering his humble opinion.

“I don’t know, Gabriel’s an angel. Did he have slaves? I don’t think he did!… What’s racist about it?”

Bill also reacted to the news that the University of Nevada- Las Vegas is removing their statue of their “rebel” mascot saying, “It has nothing to do with the confederacy, Nevada wasn’t even a state!”

Even food dishes are on the chopping block as activists spread their politically correct extremism. Bill goes off on the cancel-culture trend saying, “Eskimo pie? That’s racist? No, it isn’t!”