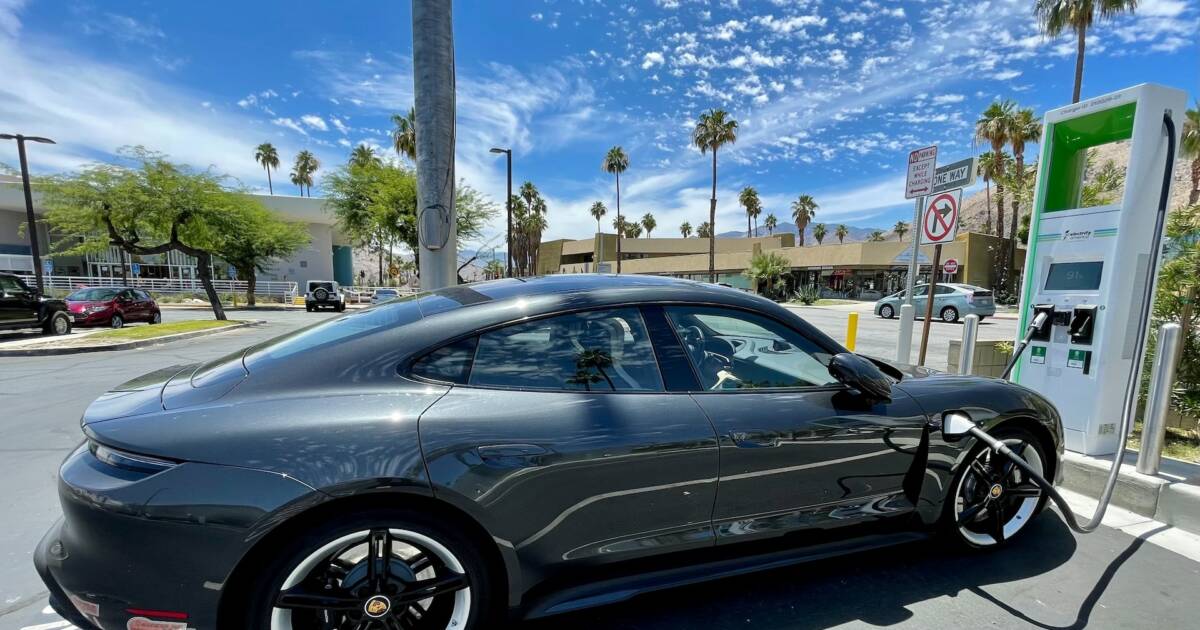 Lost amid the other news of last week was the story that California has banned the sale of new gas-powered cars. The new rule by the California Air Resources Board phases in the requirement that automakers sell only zero-emission vehicles and certain hybrids by 2035.

This is going to be interesting.

I do like the idea of electric vehicles and I don’t really understand the antipathy that many conservatives show toward the idea. The past six months have shown how fragile oil supplies can be. The Ukraine war is only the most recent lesson we’ve had in how quickly international events can cause oil and gas prices to spike. I’m only in middle age, but I can already recall quite a few oil spikes in my lifetime.

Even though I’m also a proponent of exploiting America’s oil reserves, it is foolish to believe that we can pump our way to a point where domestic oil prices are not affected by international markets. Unless we totally isolate from the rest of the world, some of our oil production is going to go abroad. That’s especially true when foreign oil purchasers are offering premium prices for our domestic production. It’s folly to think that all the oil we pump here is going to stay here.

Although I do like the idea of EVs, I acknowledge that they aren’t for everyone. For this reason, I’m very skeptical about the idea of government cramming EVs down the throat of a hesitant public.

There are legitimate criticisms of EVs, but not all of the opposition makes sense. I recently heard one woman saythat she was concerned about the ability to use an EV after an EMP attack.

Lady, I thought, after an EMP attack, your gas-powered car probably won’t work either because of the electric ignition and computers controlling the engine. If does, you’ll probably be able to drive it until it runs out of gas and that will be the end of the line. It’s also going to be difficult to pump gas with no electricity. That’s a difference but not a huge one.

On a more realistic note, EVs are great for commuters who want to drive short distances around town. If you want to take a long road trip across several states, not so much. As Steve Berman detailed last spring, taking an EV on a long trip requires a lot more planning than a gas car.

A good analogy can be found in my lawn tools. I have become a fan of electric lawn tools. I have a battery-powered lawn mower, weed eater, leaf blower, and (believe it or not) chainsaw. There are a lot of reasons to love these electric tools. They are lighter and quieter than their gas-powered counterparts and I never have to take them to the small engine shop because I forgot to take the gas out at the end of the last mowing season.

The fact that they don’t run all day is also a plus. When the battery runs low, it’s an opportunity to take a break and enjoy a cold beverage. (Although I do have extra batteries for some tools in case I really need to get the job done quickly.)

On the other hand, if my current yard was as big as my old Texas-sized yard (at my house in Texas), I’d never get done mowing with my current equipment. When I had to cut several acres, a gas-powered riding mower was the best tool for the job. So it is with different vehicles that meet different needs.

One good thing about California’s regulation is that it does allow for plug-in hybrids. Drivers who frequently travel long distances could choose these vehicles over pure electric cars. As you probably already know, hybrids use battery power for cruising around town at low speeds but have the ability to shift to a gasoline engine when the battery runs low. In some cases, plug-in hybrids have fuel economy numbers that exceed 100 miles per gallon. And that’s with current technology. EV tech is maturing rapidly and California’s law will help to accelerate its growth.

There are a number of problems, however. Many of these relate to current battery technology and the cost and difficulties in producing batteries. EV batteries are typically expected to last 10-20 years. The battery may not totally die at that point, but it will eventually have to be replaced if you keep the car long enough. That cost is a big question mark for EV owners.

Already, battery costs are spiking as demand for raw materials for EV production increases. To make matters worse, China currently dominates the market for rare earth metals that are used in most electronic devices.

Technology holds promise for solving this problem, however. New batteries are being developed that are easier to manufacture, lighter, and safer than the current generations. In some cases, these batteries can be recharged almost as quickly as you can refuel a gas guzzler.

Warranties can also take some of the worry out of EVs. For example, Hyundai already offers a lifetime warranty on its EV batteries.

A related problem is that networks of charging stations need to be established across California and the country. This will come with time. At one point in history, gas stations didn’t exist on every corner either. As the charging infrastructure gets better, EVs will become more attractive to skeptical drivers.

As the ghostly voice said in “Field of Dreams,” “If you build it, they will come.”

I’m also curious to see what will happen to gas stations. They won’t go away (yet), but they will be fewer and farther between. Some will probably replace a portion of their pumps with rapid chargers. People who live in apartments or homes without garages may need to charge their EVs at a third-party station.

Stations will also continue to exist as convenience stores. People will still want to stop for snacks, lottery tickets, or a bathroom break. This is where gas stations make most of their money already.

The high cost of EVs has been criticized by many skeptics, but the market is already answering this criticism. As more manufacturers enter the market and EVs become a staple rather than a plaything for the wealthy, prices will fall. If you are price-conscious, look past the Teslas to the Chevies, Kias, and Hyundais that are already in the $30,000 range.

When I did the math on Ford’s F150 Lightning, I found that the higher cost of the EV was quickly offset by the higher cost of gasoline over electricity. I calculated that the break-even point came after only about 3,000 miles of driving. And that was based on $3 gas and didn’t include other maintenance costs such as oil changes that aren’t necessary with an EV.

When it comes to the question of whether the government has the authority to mandate electric vehicles, I think it does. The Interstate Commerce Clause would carry a lot of weight for the federal government in regulating vehicles sold across state lines or national borders, but California has even more authority to regulate within its own borders.

Ironically, because California is such a large market, its state regulations often affect other states as well. For a long time now, California has had stricter emissions standards than the federal government. At least 13 other states have voluntarily adopted California’s emissions standards. This bloc of states necessarily impacts production decisions by automakers, but even before California’s announcement, most automakers were already committed to increasing production of EVs, if not phasing out gas-powered cars entirely.

In the short term, it’s likely that California’s rule will be a boon to the used car market. The law does not ban older gas cars so conventional autos will still be on the road for decades to come. A lot of Californians will choose to hold onto their old cars or buy gas-powered cars on the used market.

I can understand why California would want to nudge its residents to move away from gasoline cars. Southern California cities are known for smog as vehicle emissions become trapped between the mountains and the sea. Conventional cars also generate a lot of noise as anyone who has ever lived near a busy road can attest. Saying goodbye to gasoline will make cities quieter, cooler places to live.

Still, I’m uncomfortable with the idea of a ban on the sale of new cars. I’d prefer that people discover the benefits of EVs and make the switch themselves. As EV performance increases and prices fall while the price of gasoline ebbs and flows, I think a lot of people will decide for themselves that EVs make a lot of sense.

Electric vehicles are an idea whose time has come. We just need a little longer for technology and infrastructure to catch up.