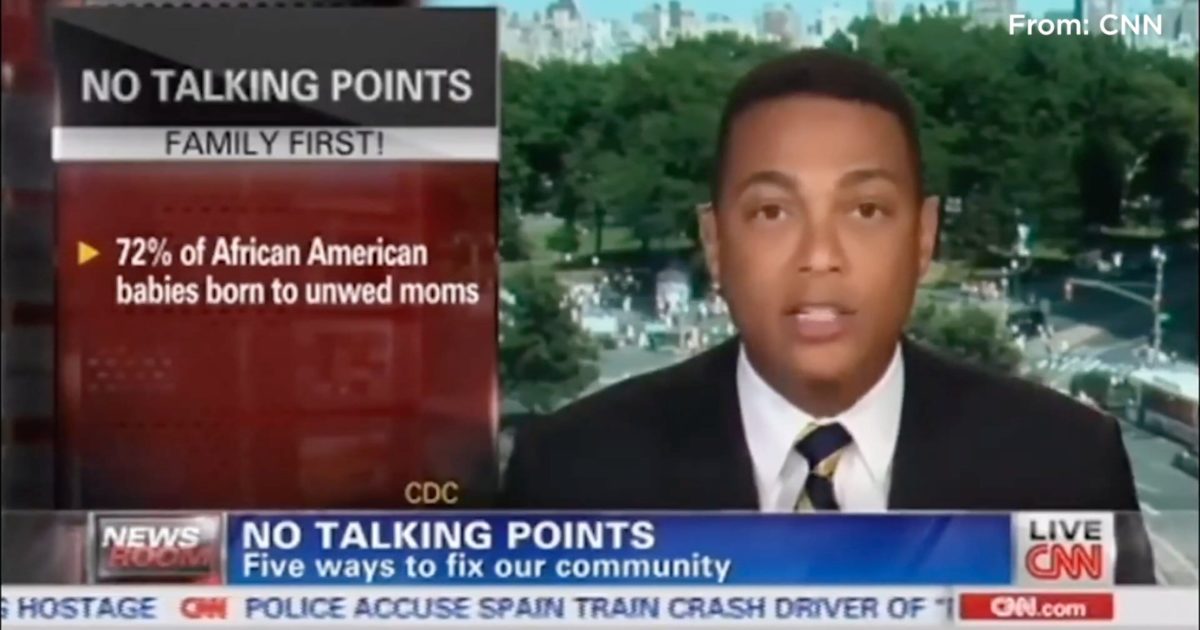 Buck Sexton went all-out in his critique of CNN’s Don Lemon Thursday, saying that while “Don Lemon is not the dumbest anchor at CNN,” he’s certainly up there.

It all stems from a 2013 clip of Lemon in which the anchor addresses problems in the black community including fatherlessness, which he called “an express train right to prison.”

The liberal news anchor even chastised “hip-hop and rap culture” and told listeners that it is “a culture that is making a lot of people rich, just not you.”

However, Lemon has been quick to critique anyone these days who utters a hint of reservation about the Black Lives Matter movement.

So where has this kind of tough talk from Lemon gone? Sexton revealed the very lucrative salary that CNN is paying the anchor in exchange for keeping silent on these kind of important issues.