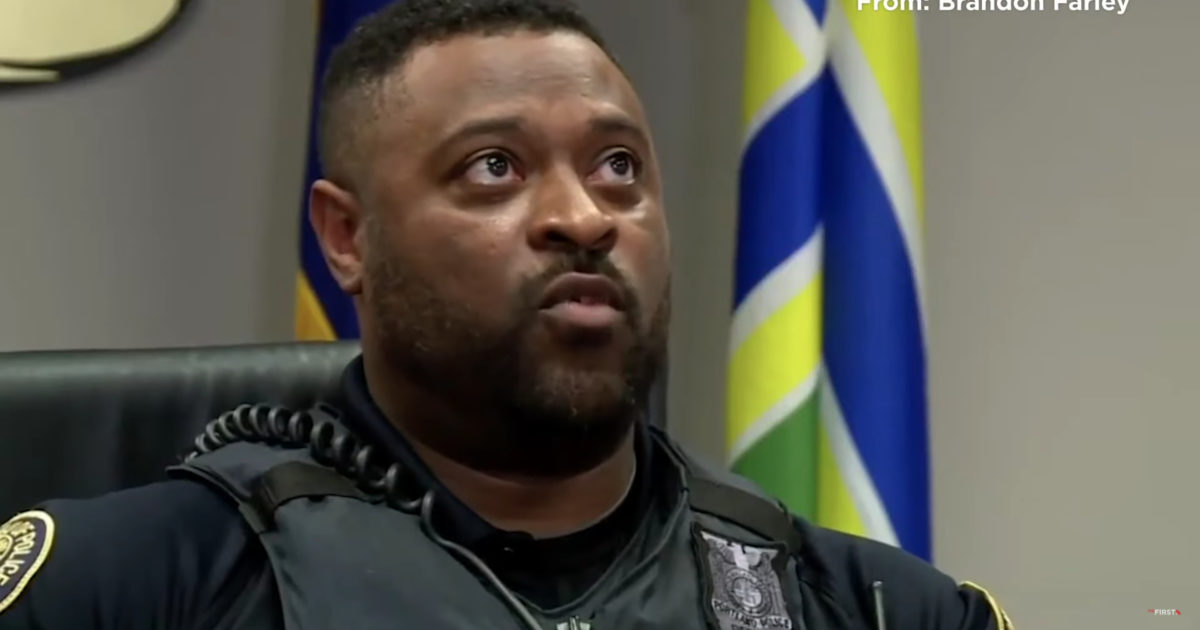 Buck Sexton on Thursday played the video of a black Portland police officer providing his first-hand account of recent protests and he has some very interesting insight.

Officer Jackson can be heard saying there are often more black cops than black protesters at many of these so-called “black lives matter” protests.

Jackson said the people who really want change are being “faded out” by ignorant, authoritarian leftists who don’t know history. He added that nearly every time a black protester tries to talk to him, white antagonists ‘shoo’ them away.

You will not see this on the mainstream news channels.