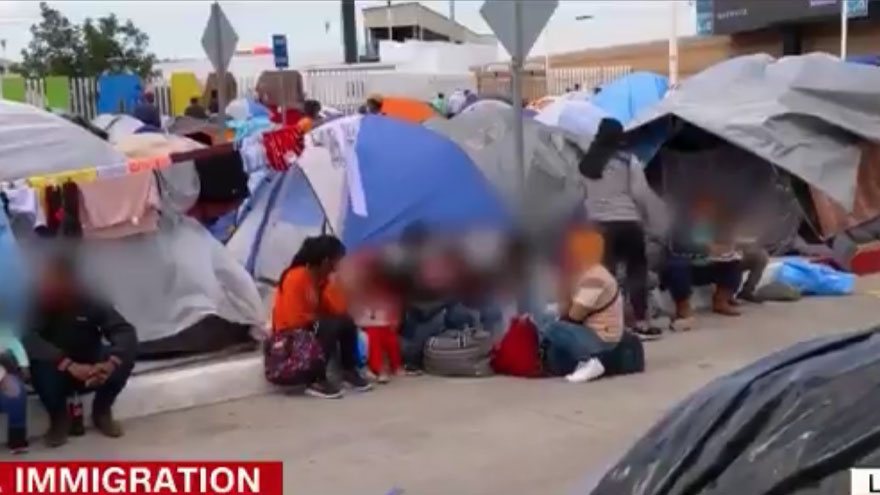 Video taken in SE Texas this morning. Huge line of people waiting for smugglers to ferry them across the Rio Grande into the US. Video courtesy of Tripwires and Triggers. #BorderCrisis pic.twitter.com/KtONTzfP85

“Expectations were created that with the government of President Biden there would be a better treatment of migrants. And this has caused Central American migrants, and also from our country, wanting to cross the border thinking that it is easier to do so,” said Obrador.

Make no mistake – there is a crisis at the border.

Biden’s refusal to recognize it is a complete failure of leadership.pic.twitter.com/nZFfyAXZrI

“They see [Biden] as the migrant president, and so many feel they’re going to reach the United States,” added the Mexican leader.