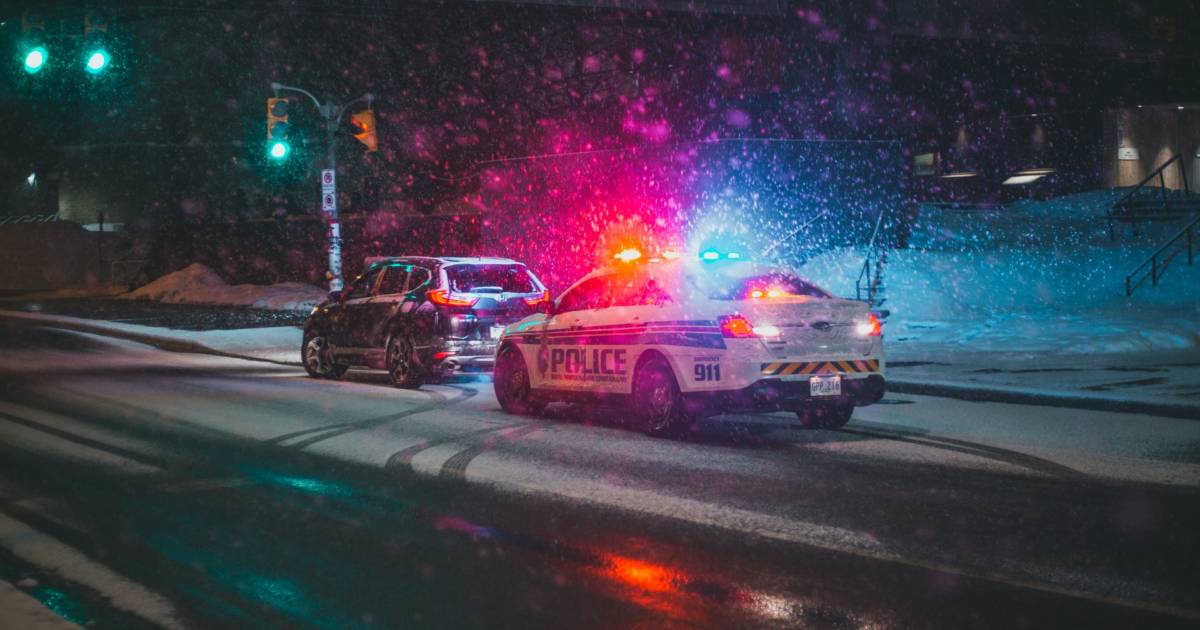 Steve Berman wrote yesterday that one of the best arguments against UFOs is that, as the number of cellphone cameras has increased and their technology has improved, there has been no corresponding increase in the number of UFO sightings. Unfortunately, the same cannot be said of police brutality. Ubiquitous cameras, both cell phones and police body cameras, have ratted out bad officers on numerous recent occasions. It seems like not a week goes by these days without reports of more bad behavior by police, often backed up by video.

That was the case this week when Louisiana released body camera footage of the 2019 arrest of Ronald Greene by state troopers. The video, obtained by the AP, shows officers wrestling with Greene and using a stun gun on him, then leaving him handcuffed unattended and face down on the ground for nine minutes. At one point, the officers drag the unresponsive and handcuffed prisoner by his ankle shackles while still face down on the ground.

The deeper problem is that the video gives lie to law enforcement claims that Greene died on impact after crashing his car into a tree at the conclusion of a vehicle chase. The body camera video shows that this claim was not remotely true.

The incident began shortly after midnight on May 10, 2019, when officers tried to pull Greene over for an unspecified traffic violation. Greene, a barber, failed to stop and led police on a chase that reached speeds of 115 mph. The body cam video begins with officers approaching Greene’s car, where he has his hands up and can be heard saying, “I’m scared” and “I’m sorry.”

The video and audio are both jumbled so it is difficult to tell exactly what is happening, but two things are apparent. First, Greene did not die in a car crash, and second, officers clearly abused him after he was handcuffed.

Not all of the officers’ body cameras were activated and one was turned off during the incident. In a separate recording, Master Trooper Chris Hollingsworth, one of the officers seen stunning and hitting Greene, told a colleague, “I beat the ever-living f— out of him.”

“Choked him and everything else trying to get him under control,” Hollingsworth said. “We finally got him in handcuffs when a third man got there, and the son of a b—– was still fighting him, was still wrestling with him trying to hold him down. He was spitting blood everywhere and all of a sudden he just went limp.”

Hollingsworth was going to be fired for his role in the beating, but he died in a single-car crash hours after learning of the decision. The trooper who turned off his camera was suspended without pay for 50 hours.

Greene was dead when he arrived at the hospital and the exact cause of his death is not known. The AP reports that the medical examiner ruled the death accidental and attributed it to cardiac arrest, but the doctor noted the bruising and stun-gun marks on his back. The doctor noted the inconsistencies between Greene’s injuries and the claim that he “died on impact” in the report, writing that the evidence “does not add up.”

Ronald Green’s death has details in common with many other bad police killings. Greene broke the law and apparently resisted arrest. The police responded with what seems to be disproportionate force and failed to render aid. In this case, Greene was also abused after he was subdued.

An incriminating detail in Greene’s death is the easily disproven claim that Greene died in a car crash. Even though there was medical evidence that the story was false, there was no administrative investigation until 474 days later. Without the body camera evidence, Greene’s death might have been swept under the rug permanently.

I remember when body cameras were first introduced there was a big argument over whether they were good or bad for cops. I think that the truth is that the answer depends on the situation. If cops do bad things, either intentionally or not, the body camera evidence is bad for them. If the cops follow procedure and act reasonably, the body camera evidence can save their careers and reputations, such as the case of the officer who shot 16-year-old Ma’Khia Bryant as she attempted to stab another woman.

There are many appalling details in the death of Ronald Greene, but one of the most appalling is that the state sat on the body camera evidence for more than a year and lied to Greene’s family. The coverup is evidence that the government knew that the actions of the officers were indefensible.

Without the video, the actions of the officers were “awful but lawful” in the words of a state spokesman. The video paints a difference picture, however. That is probably why the state police suppressed it.

As Steve wrote earlier this week, there now seems to be a similar case in North Carolina where a sheriff says that his deputies acted lawfully but would still be retrained and disciplined. Prosecutors released a short clip from the body camera video in that case but the full video still has not been made public. This leads me to believe that the facts of the case may not be as clear as the government would have us believe.

I’ll say it again: “Sunlight is the best disinfectant.”

When body camera footage is suppressed, it creates questions and suspicion of a coverup. In the case of Ronald Greene, those suspicions were well-founded.

The presence of video, whether from bystanders or body cameras, has revealed a seamy world of police brutality that many of us hoped no longer existed but had faded away with the departure of people like Bull Connor. We know now that police brutality, bad decisions, poor training, coverups, and yes, even racism, are still problems in 2021. The question is what, if anything, we are going to do about it.

I can’t help but think of Ahmaud Arbery with I think of videos of bad killings. Arbery was not killed by police, but the police in St. Simon’s, Ga. had initially ruled the death of the 25-year-old Arbery as justified after several white men confronted him for allegedly burglarizing a home under construction.

Unlike Greene, Brown, and George Floyd, Arbery had committed no crime according to prosecutors and was minding his own business when he was accosted in the street and killed. Nevertheless, he would have gone down in history as a criminal if it weren’t for the video.

It took two months after Arbery’s death before a cellphone video became public that led police and prosecutors to reconsider the facts of the case. Arbery’s killers are now facing murder charges in Georgia and hate crimes charges at the federal level. Arbery’s killers would have gotten away scot free if they had not videotaped the crime and then made the video public because they did not understand that they had broken the law.

It appears that justice will be done in Arbery’s case, mostly because of the incompetence of his killers, but I have to wonder how many similar murders go unpunished because there is no video.

As I consider the videos of Arbery, Floyd, Brown, Greene, Walter Scott, and others being killed, I have a lot more sympathy for people who claim to have been beaten and the families who claim that people who were wrongly killed. It is easy to understand why many blacks mistrust the police after watching these videos that depict attitudes that were likely all too apparent to many blacks even before the invention of cellphone cameras.

Sometimes the evidence supports the citizens and sometimes it supports the cops, but I am past the point of accepting the word of police officers just because they are cops. There is too much evidence that a lot of cops are not worthy of the trust we place in them.