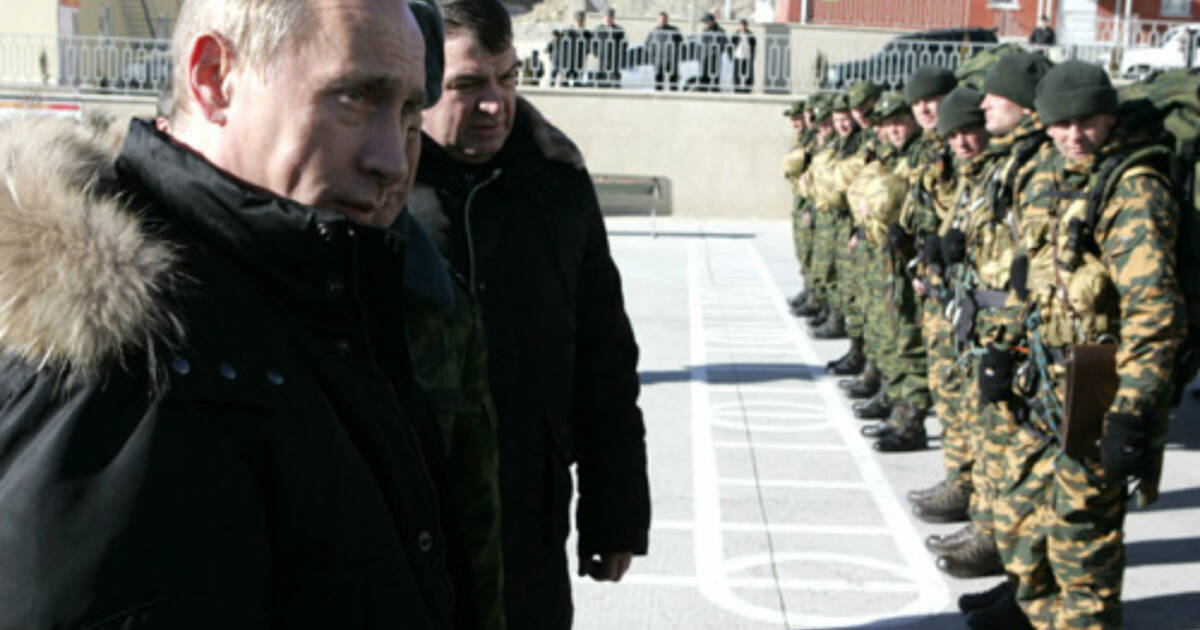 With Russian troops poised on the border of Ukraine and the Russian government saying, “Move along, nothing to see here,” one would think that most of the world would be united in standing against what appears to be not-imminent-but-soon naked aggression by Vladimir Putin. One would be wrong.

For example, I stumbled across a tweet by the Democratic Socialists of America a few days ago. I had been assured that Joe Biden was a socialist so I assumed that the DSA would have his back. Not so! The socialist group “opposes US brinkmanship in Ukraine, which only further escalates the crisis, and calls for an end to NATO imperialist expansionism.”

It’s interesting that NATO, a defense alliance that has only fought one war in history after the US was attacked on September 11, is accused of escalating the crisis. Russia, on the other hand, which has been consistently attacking Ukraine for much of the past decade, is given a pass.

Old habits die hard, I guess. Back during Cold War I, the world socialist movement was unabashedly pro-Soviet. Beyond that, the Soviets also infiltrated peace movements around the world and used them to protest and lobby against Western military buildups. The peace protesters never seemed to have a problem with the Soviet military.

This may not seem relevant until you remember that Vladimir Putin was a career KGB officer. A lot of those covert asserts that the KGB had in place in the 80s probably still have influence today. Maybe their allegiance isn’t so much to the Comintern as to whoever sits at Russia’s helm at the moment.

That makes it ironic then that many of the MAGA voices on the right are passing along the same pro-Putin talking points as the DSA. For example, Tucker Carlson argued in December that just a little invading by Putin wasn’t necessarily such a bad thing.

“Vladimir Putin does not want Belgium,” Carlson opined. “He just wants to keep his western borders secure. That’s why he doesn’t want Ukraine to join NATO, and that makes sense.”

I guess Ukraine is expendable as long as the Russians don’t threaten imports of Belgian chocolates or French wines, but I wonder if Carlson would apply the same logic if, say, Mexico decided it needed more lebensraum to keep its northern border secure.

More recently, Tucker fretted about US military advisors in Ukraine in the event of war, alleging that the Biden Administration was probably lying about how many Americans were deployed to Ukraine. Over the weekend, Military.com reported that “160 Florida National Guard soldiers, the only known U.S. troops in the country, are being repositioned elsewhere in Europe.”

Another MAGA Republican, Jack Posobiec also sounded the alarm that “drums are beating for US boots on the ground in Ukraine.” I don’t know where Posobiec heard those drums, but I have not heard anyone calling for the deployment of American soldiers to the endangered area.

He certainly didn’t hear it from Joe Biden. The president’s position for months has been that US combat troops will not be deployed to Ukraine, saying bluntly as far back as December, “The idea that the United States is going to unilaterally use force to confront Russia invading Ukraine is not in the cards right now.”

Rather, Biden has threatened other consequences. These would include sanctions and probably military aid to Ukrainian forces as well. The possibility of a long, unpopular quagmire in Ukraine as the Russian economy falters should be sobering to Putin.

In another example of Russian propaganda being spewed by MAGA, Breitbart’s London Deputy Editor, Jack Montgomery, tweeted an accusation that Tbilisi of poking the Russian bear and instigating the 2008 war in which Putin’s army went marching through Georgia. Montgomery’s evidence for his counter-historical claim was a screenshot of a news report that he claimed showed that “Georgia invaded the Russia-aligned separatist region of South Ossetia and Russia intervened.”

Anytime that anyone posts a screenshot of a news article with no identifying source or a link back to the original article, it should raise red flags. I easily found Montgomery’s article in the Sydney (Australia) Morning Herald but the detail that gave away his deception was in the screenshot itself. The August 8 report detailed current fighting, but the war started on August 1 when pro-Russia separatists attacked Georgian police with an IED.

The MAGA voices are following their leader on Russia and Ukraine. In January, Donald Trump called Ukraine “a European problem” in an interview with Glenn Beck. Trump also said that “Russia owns Germany” due to Germany’s dependence on Russia for energy imports.

Fortunately, not all Republicans are willing to roll over for Vladimir Putin. Writing for the Atlantic, David Frum notes that traditional Republicans such as Mitch McConnell and Roger Wicker (R-Miss.) have backed Biden in his support for Ukraine. Even trumpy Republicans such as Lindsey Graham (R-S.C.), Ted Cruz (R-Texas), and Tom Cotton (R-Ark.) are not on board the Putin Express. Kevin McCarthy has even attacked Biden for being too soft on Russia.

For the most part, there seems to be bipartisan agreement that Biden is handling the Ukraine crisis well (and this is a relief after his disastrous handling of Afghanistan) after some early missteps. The Biden Administration seems to have found the right balance between abandoning another ally and rushing headlong into war.

We can’t see how the crisis will end from here, but the ultimate resolution is going to depend on Vladimir Putin.