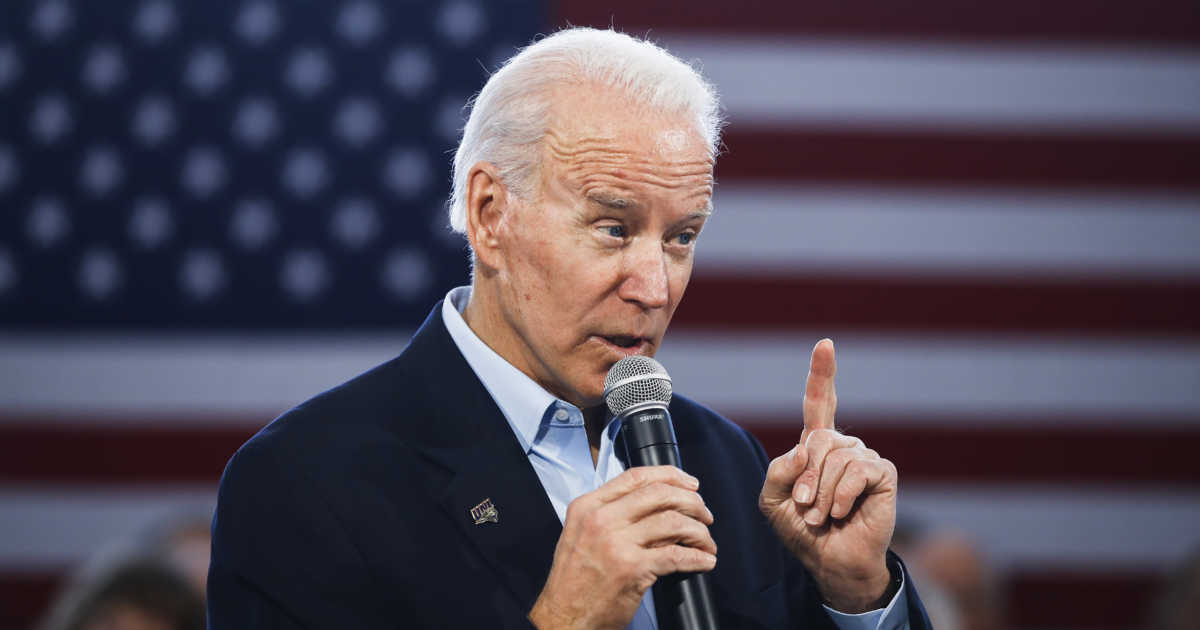 President Joe Biden has been vigorously exercising his pen since his inauguration. Recently, the hashtag #BidenErasedWomen popped up on Twitter in response to one of the many Executive Orders he signed on his first day in office. Titled, “Executive Order on Preventing and Combating Discrimination on the Basis of Gender Identity or Sexual Orientation,” many rightly argue this order will ensure that which it purports to prevent: discriminating against women by allowing biological males to claim the rights and protections afforded to women.

While I would argue Creator God, not evolution, “endowed the sexes differently,” his point is a worthy and important one. If a biological male can declare himself to be a woman and immediately gain access to the spaces designated for women, women are essentially erased. Not only are women erased, they are potentially put in harm’s way. Biological males are often physically larger and stronger than biological females and will likely injure smaller, weaker females in athletic competitions. There is also the obvious danger of an opportunistic predator who is willing to put on a dress to gain access to women’s restrooms and locker rooms.

It is difficult to square Biden’s calls for unity with an Executive Order that squarely takes aim at half the US population. The first line of the EO states, “Every person should be treated with respect and dignity and should be able to live without fear, no matter who they are or whom they love.” Biological males being granted unfettered access to women’s sports, women’s locker rooms, and women’s restrooms has zero to do with anyone’s love interest. This does not prevent discrimination; it legalizes discrimination against every biological woman. It ensures the eventual erasure of true women’s sports and biologically female champions.

How is it treating biological women with respect to legalize the erasure of all that makes women unique by allowing biological males to declare themselves to be female? That is a slap in the face to women. It ought to rouse the passions of every woman who claims to be a feminist and every man who has daughter.

This Executive Order of Biden’s, coupled with the Left’s long march to erase women, is particularly ironic considering the supposed War on Women the Right is always accused of waging. Recall the hysterical news cycle that ensued after presidential candidate Mitt Romney used the phrase “binders full of women” to refer to his efforts as Governor of Massacusettes to include women in his Cabinet.

Recall the treatment of vice-presidential nominee Sarah Palin who was accused of, among other things, faking a pregnancy and claiming the child of her teen daughter as her own. Regardless of your thoughts on Palin, the way she was treated during the 2008 election cycle was eye-opening. If you were paying attention and are intellectually honest, you well know who was and still is waging a War on Women.

In truth, the Left has been waging a War on Women for nearly 50 years since they fought to enshrine abortion in federal law. They ignore the harsh realities of abortion for both mother and child, smothering the voices of dissenters with slogans about choice as countless nameless, voiceless baby girls are snuffed out in the womb in the name of “women’s rights.”

The culture war is not only important, it is the fight worth having. The sooner the GOP realizes this, the better. Fight this Executive Order at the state level. Fight for school choice. Continue to fight for every inch in the battle for the unborn. Don’t fight due to a misguided sense of loyalty to Donald Trump or Mitch McConnell. Don’t fight in order to own the libs. Fight for your daughters.