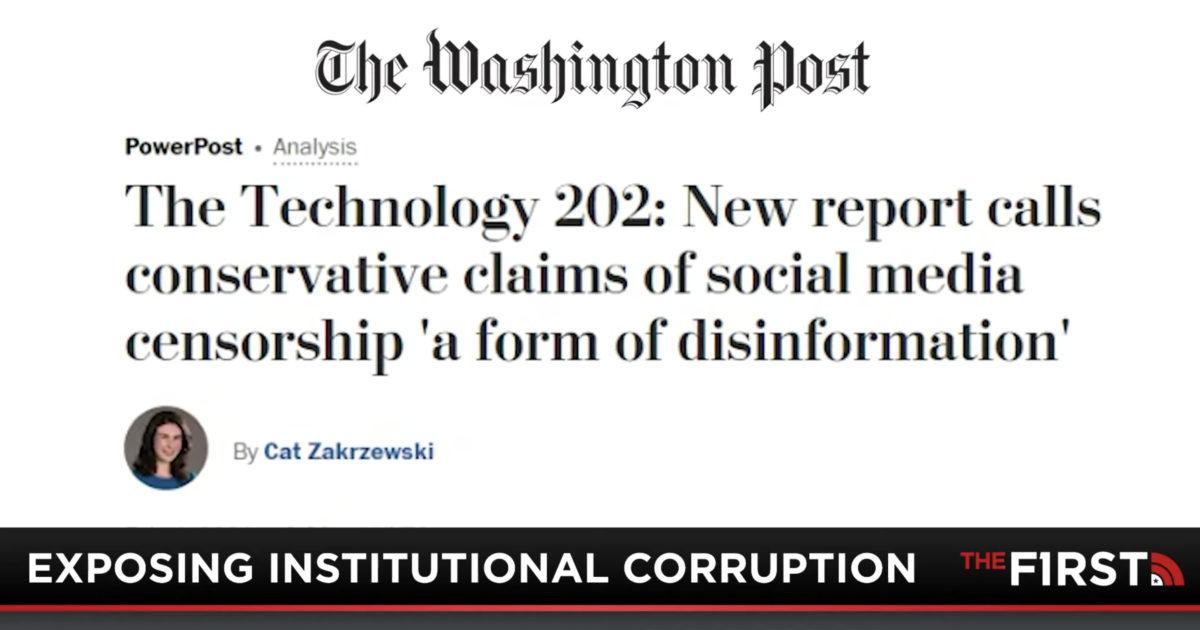 Jesse Kelly could not help but burst out laughing when he saw The Washington Post story about a so-called report finding that there is no censorship of conservatives on social media.

He did not have to dig far to underscore the lack of credibility of the groups behind the report including New York University and a Biden-backing billionaire who funded the study.