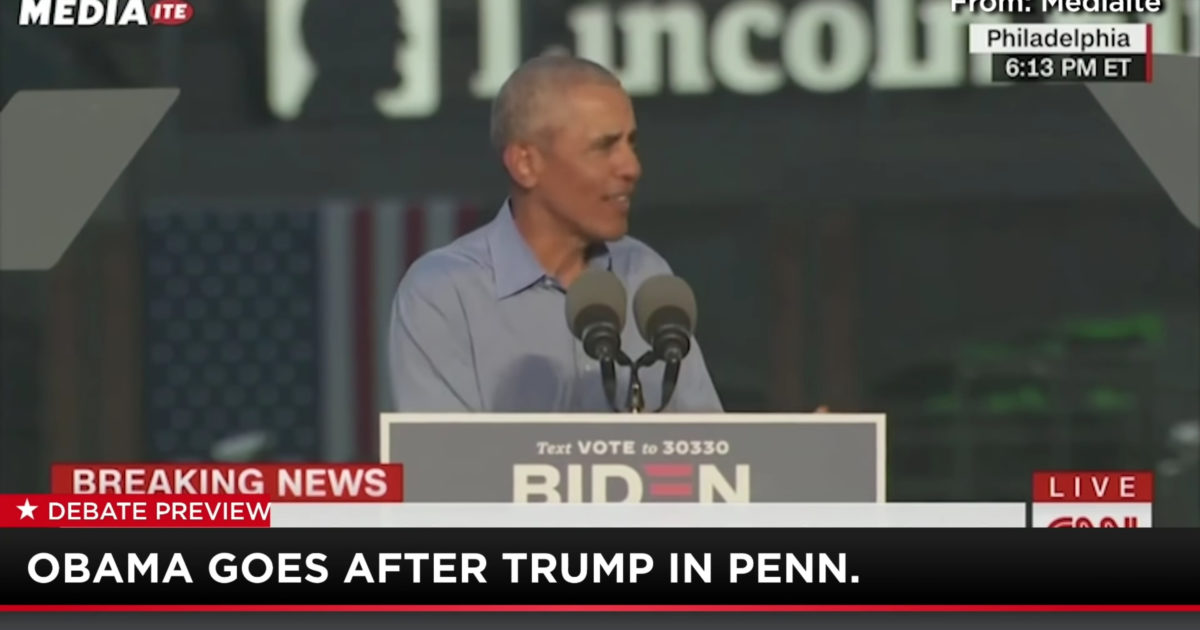 “We all knew he was gonna rear his ugly head at some time,” Jesse Kelly said Thursday before showing footage of the 44th president shamelessly attacking President Trump during a sparsely-attended rally in Pennsylvania this week.

Kelly set Obama straight, calling him “the most divisive president of my lifetime” and playing video of President Trump’s perfect response before adding, “I love when Trump gets salty like that.”