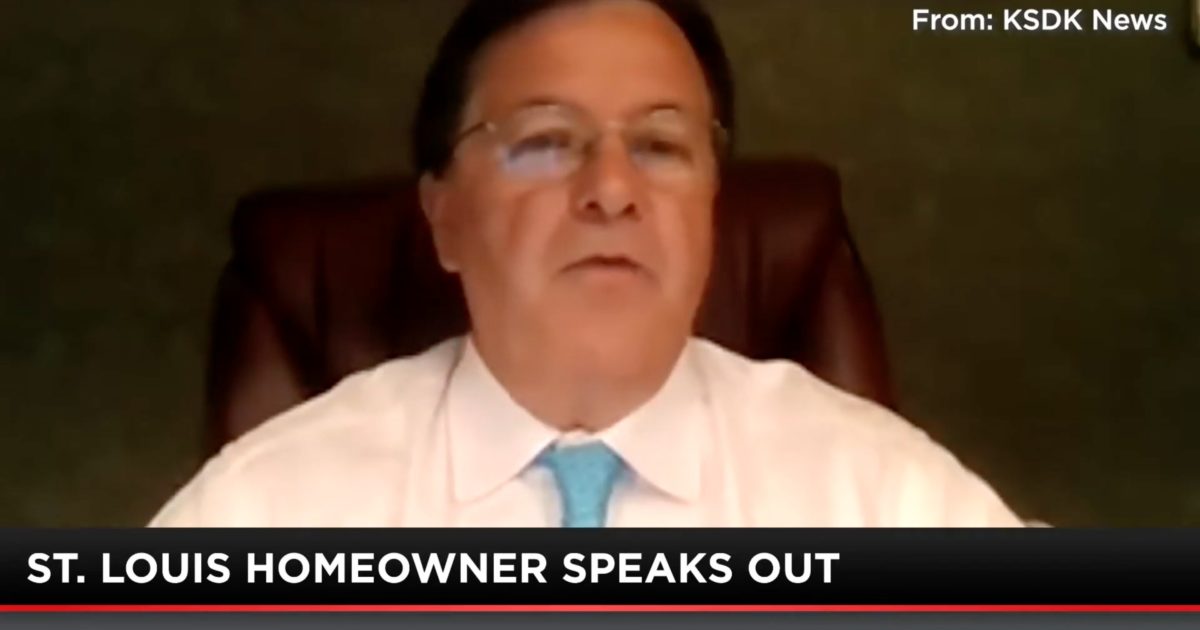 Jesse Kelly broke down the latest on the story about the armed St. Louis couple who used their firearms to deter a crowd of angry protesters.

“It was the picture slash video heard around the world,” Jesse said, explaining that the large group “kicked down his gate and marched across his property.”

“…we’re gonna have a blood-bath on our hands.”