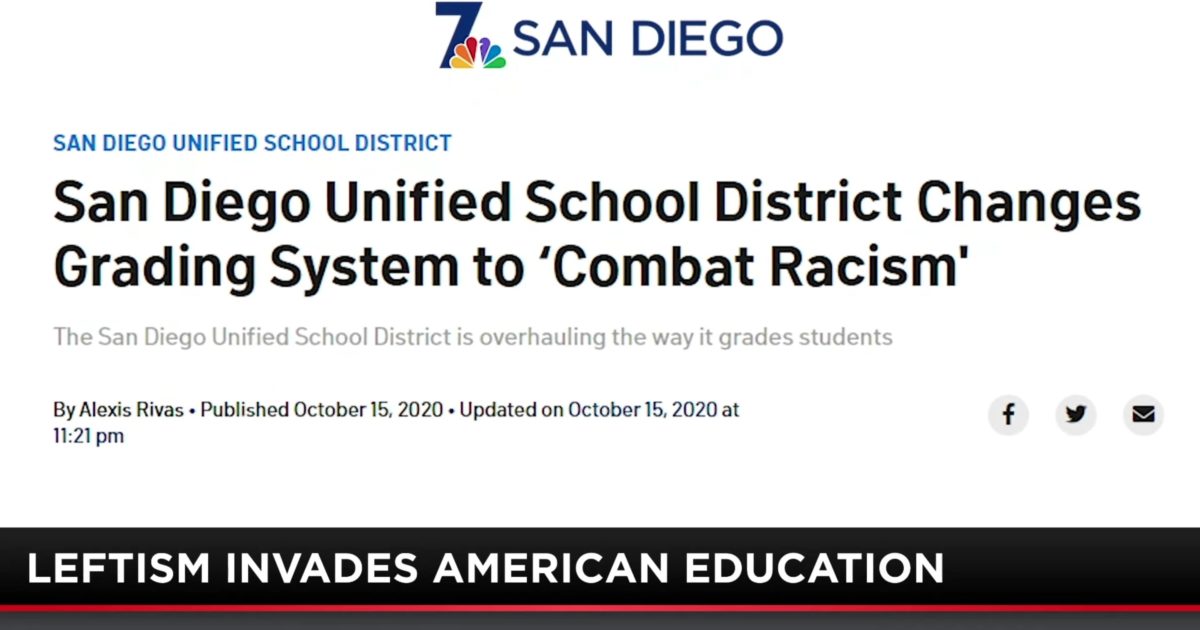 The public school system is “a lost cause” and “you can’t fix it by being in it,” Mike Slater declared this week as “woke” culture takes aim at the newest culprit of racial injustice: bad grades.

Slater explained that this is a symptom of one of the main tenants of “critical race theory,” that any disparity of results is due to racism.