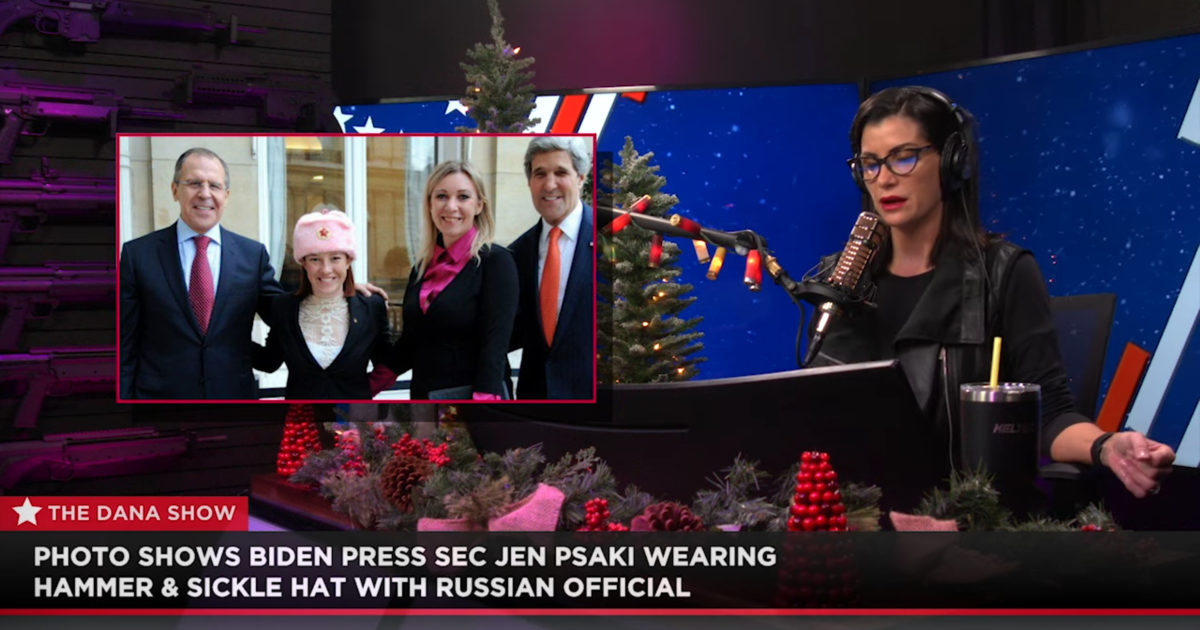 Joe Biden’s press secretary appointee Jen Psaki is taking heat for a photo op showing her in a “hammer and sickle hat” that was “gifted to her by the Russians” Dana Loesch said on her Wednesday show.

In USA Today’s attempt to “fact check” the story they inadvertently confirmed it. Dana called out the corporate media for their demonization of MAGA hats and their minimizing of the Russian hat despite spending four years claiming Russians as enemy number one.

“These are the same people who said MAGA hats are racist!”