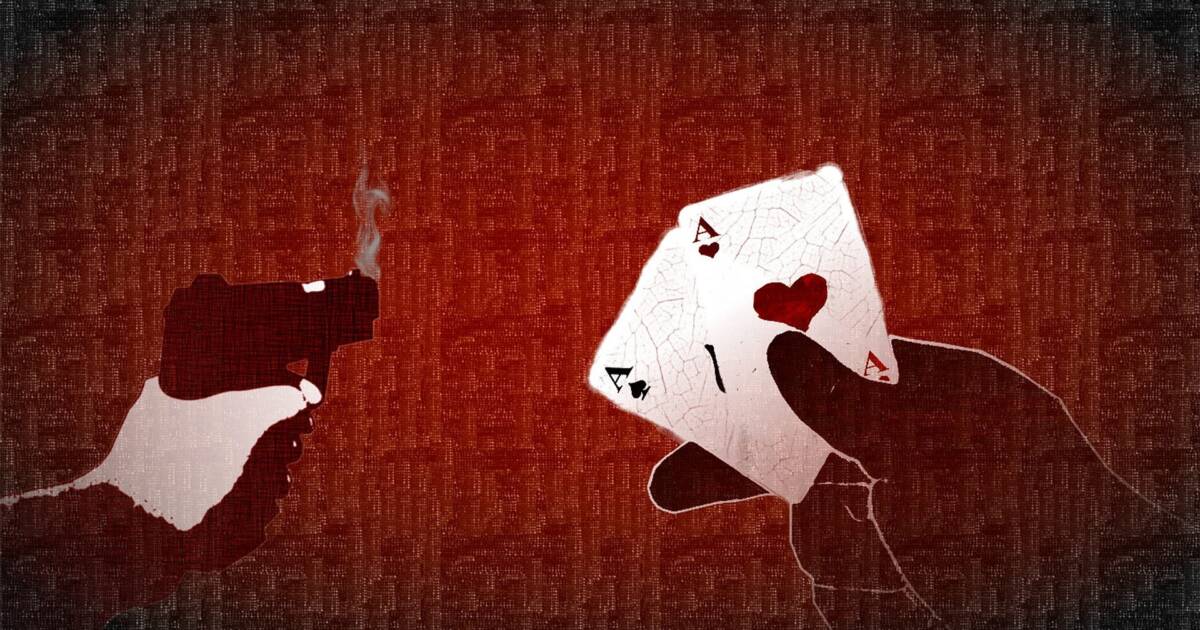 There was more bad news for Republicans from the January 6 commission this week. Mark Meadows, the former White House Chief of Staff, is suing the commission to try to avoid a congressional subpoena, but at least some damage has already been done as more very damning documents have come to light in materials that Meadows has already provided to investigators.

The newest Republican crisis comes in the form of two Powerpoint slides that were part of a 38-page presentation that Meadows had already provided to commissioners. Per Forbes, it is unclear who made the presentation, which was titled, “Election Fraud, Foreign Interference & Options for 6 JAN.”

For the record, the first slide is titled “Options for 6 Jan” and gives three possible courses of action for Vice President Pence. Those options included:

To be clear, none of these courses of action would have been permitted by the Constitution. The constitutional role of the vice president, i.e. the president of the Senate, is only to ”open all the Certificates, and the Votes shall then be counted” and then “the Person having the greatest Number of Votes shall be the President.” Pence ultimately reached the correct conclusion that he had no authority to make decisions about electors or delay the Electoral College vote tally.

The second slide is titled “Recommendations,” which were as follows:

There are a couple of things that jump out here. By January 6, The Former Guy’s legal remedies had been exhausted and claims of widespread fraud had been debunked. As we learned from other legal documents filed in September, the Trump campaign knew within days of the election that its fraud claims were bogus. Additionally, in the runup to January 6, two months after the election, the creators of the Powerpoint still could not name a credible source of “foreign interference.” This was clearly a Hail Mary.

The final two bullet points of the slide are chilling. The Trump Administration was seriously considering an attempt to throw out all electronic votes in every state, not just the six battleground states that Trump was contesting. This would involve disenfranchising millions of voters. And not just Biden voters either.

After tossing out the electronic ballots across the country, the Trump Administration would have counted “LEGAL & genuine Paper ballots.” The plotters no doubt hoped that these votes would be tallied in Trump’s favor.

As with the options presented to Vice President Pence, there is no constitutional authority for the president to throw out electronic votes and demand that only paper ballots be counted. There is an implicit admission that no law allows the president to do this in the recommendation that a “National Security Emergency” be declared. The sop to allowing Congress to determine a “constitutional remedy is hypocritical when it was the Trump Administration that would have been creating the constitutional crisis with its unconstitutional actions.

The problem with this course of action, aside from the fact that it is a direct assault on the Constitution and American democracy, is that the United States is not one of the “sh-th-l- countries,” as Trump called them. In America, presidents can’t just declare emergency powers to be in effect and then do whatever they want. We have laws that define what powers presidents have in an emergency.

The Brennan Center has published a comprehensive list of presidential emergency powers, and there are a lot of them. In fact, the list cites 136 different statutory powers granted to the president in an emergency. Of those 136 laws, only one relates to elections.

50 U.S.C. §§ 1701-170, better known as the Emergency Economic Powers Act (IEEPA) grants the president the power to impose sanctions in the event of foreign interference in a US election. An example would be if a foreign power, say Russia for example, attempted to influence the outcome of a presidential election in the United States.

No law, from the Constitution on down, gives the president the power to throw out votes and then determine which ones are genuine and should be counted.

Ladies and gentlemen, what we are talking about here is a blatant attempt to launch a coup against the duly-elected president-elect. The pieces are coming together to paint a detailed picture of what the Trump Administration had in mind last January and what it was working toward behind the scenes. Mark Meadows’s Powerpoint dovetails nicely with the memo from Trump lawyer John Eastman that came to light back in September.

About the same time that the Powerpoint was revealed, Meadows stopped cooperating with congressional investigators and will face a contempt vote by the House. The former chief of staff is attempting to claim executive privilege, but as I discussed back in 2020, executive privilege is not a defense against a criminal investigation. Its purpose was never to allow presidents to abuse their authority and then hide the evidence. And besides, Trump is no longer the executive and is no longer privileged.

It’s no wonder that Republicans didn’t want a commission to investigate the January 6 insurrection. There are a lot of skeletons hidden in a lot of closets belonging to former Trump officials. Those skeletons are now coming to light, and it looks as though they will continue to do so over coming months.