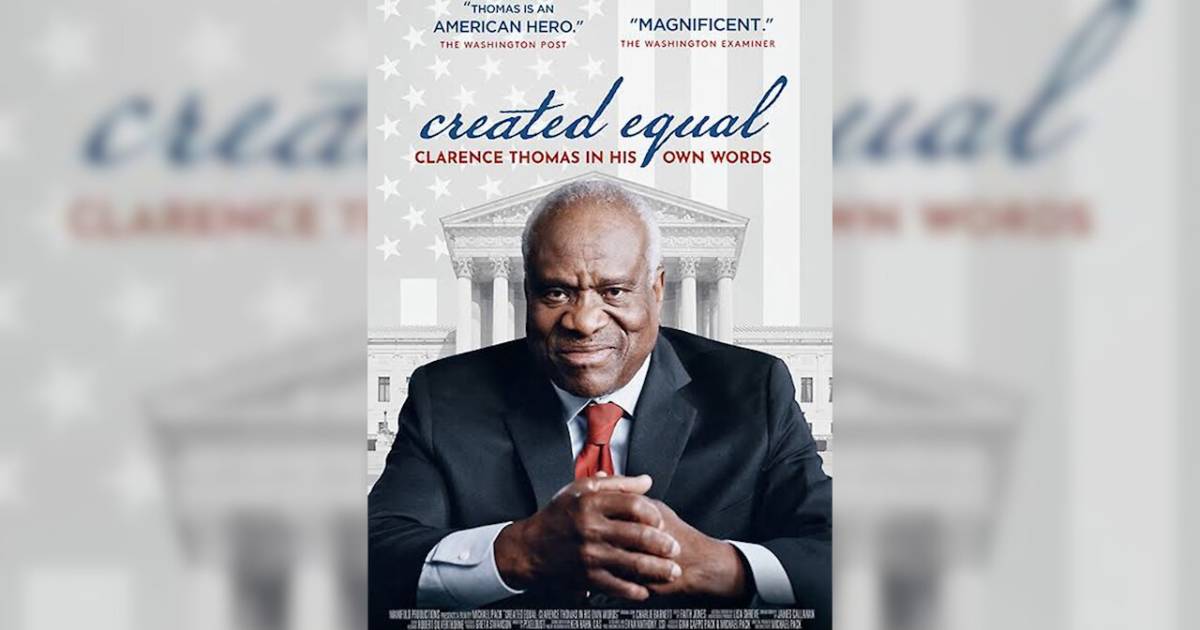 Amazon last week quietly and inexplicably removed “Created Equal: Clarence Thomas In His Own Words,” a documentary about the life and legacy of Supreme Court Justice Clarence Thomas.

The film was only available on the popular platform for five months. Adding insult to injury, documentaries about sexual harassment accuser Anita Hill remains available.

Thomas, 72, is only the second African-American to serve on the United States’ highest court but, as he says in the film, he knows he is “the wrong black guy” in the eyes of his critics. By removing the documentary about his life Amazon appears to have proven his point, during Black History Month nonetheless.

The film’s producer, Michael Pack, spoke out about the apparent censorship in an interview with the Wall Street Journal’s Jason Riley saying that they have offered no explanation. The removal is particularly suspicious because the film seemed to be performing quite well, Pack explained.

Created Equal takes the viewer through the life of Justice Thomas from his impoverished childhood in Savannah, Georgia to his dramatic confirmation hearing and time on the bench. Thomas narrates much of the documentary, reflecting on his life in vivid detail with a refreshing level of authenticity.

Thomas’ wife also provides some testimony in the film. Among her most memorable accounts is that Justice Antonin Scalia called him “a bloodthirsty originalist,” a term she said Thomas considered a compliment.

One of the most surprising revelations of the film is that Thomas was a self-admitted radical leftist in is twenties due to the resentment spawned from racial discrimination and the assassination of Dr. Martin Luther King Jr. He even admits that taking his first job under a Republican Attorney General was a “repulsive” prospect to him at the time.

However, he got back to his more conservative roots after having his son and voted for Ronald Reagan for president in his landslide election victory of 1980. Thomas became a public figure after being essentially attacked in an article over his anti-welfare beliefs. He was subsequently appointed to a position with the Reagan Administration and eventually nominated to the Supreme Court by President George H.W. Bush.

Fortunately for myself, I already purchased the documentary before the removal and was able to watch it for a second time which afforded me the opportunity to catch some intriguing details that I missed the first time. Fortunately for you, the film is available for free here: CLICK HERE TO WATCH.