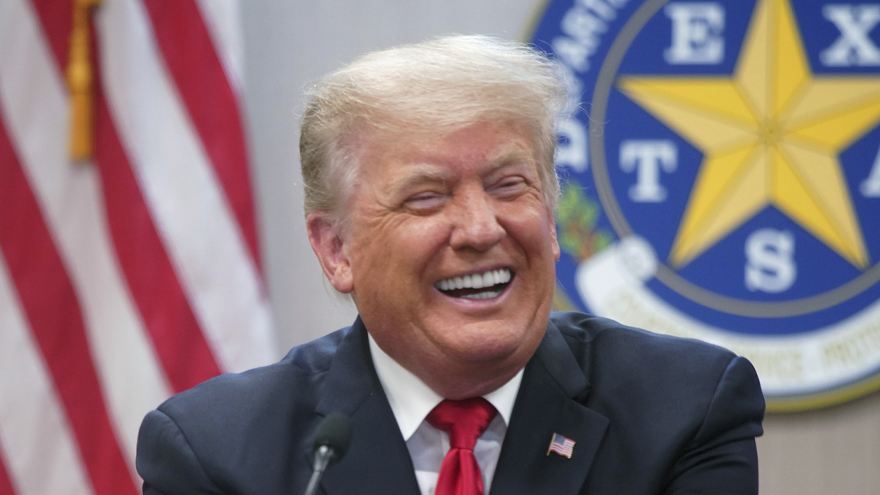 Talk about your all-time backfires.

According to a recent report from CNN and NBC, former President Donald Trump has become more popular since the events of January 6th —and that’s from an NBC News poll.

“A majority of Americans (55%) now believe that Trump was either not or only partially responsible for the rioters who overtook the Capitol, according to a recent NBC News poll. That’s up from 47% in January 2021,” CNN reports.

Trump took a shot at the prime-time committee hearings on TRUTH Social, saying the ratings were “absolutely awful.”

“The T.V. Ratings for the January 6th Unselect Committee were absolutely awful,” Trump wrote on TRUTH on Sunday. “Perhaps the reason is that it is being ‘sponsored’ by Adam ‘Shifty’ Schitt and the same people that brought you the Russia, Russia, Russia HOAX…” Trump added.

An estimated 20 million people watched the Jan. 6 committee hearing Thursday —compared to the 38 million people who watched President Biden’s State of the Union in March.