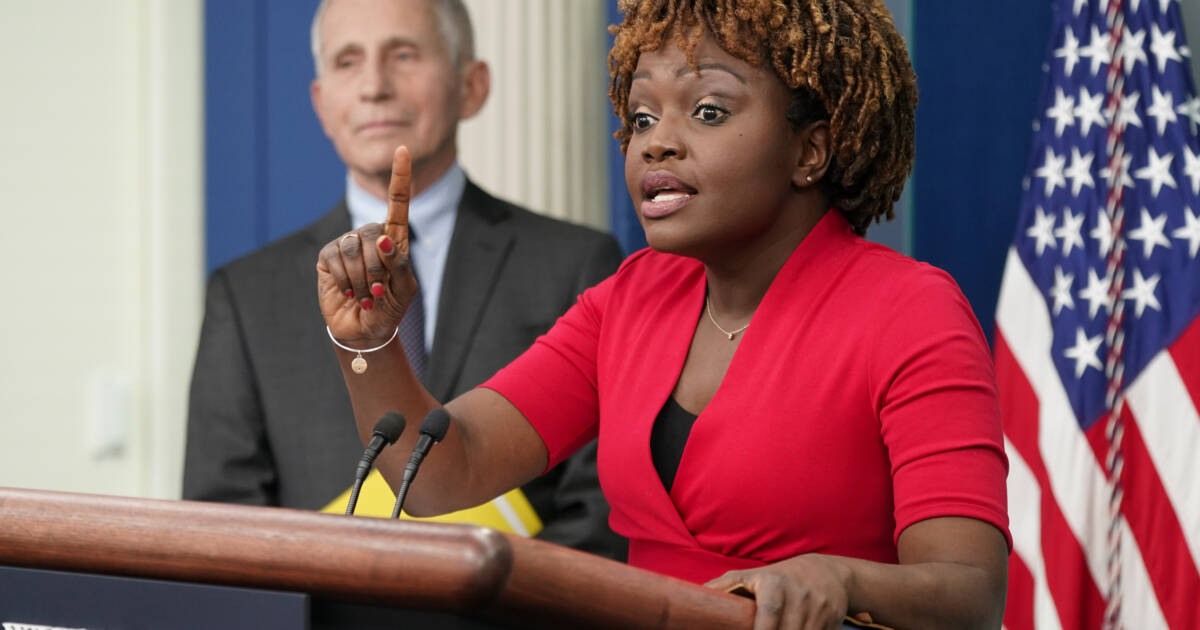 The Spectator contributing editor Stephen Miller joked, “An incredible display of threatening anti-journalism. This is dangerous. This is a vile threat to the very foundations of which our free press democracy is based upon. A free press that is allowed to question our government is a sacred virtue for which our Republic must safe gua-“

Washington Free Beacon executive editor Brent Scher tweeted “What does [Jim Acosta] think about this? Attack on the free press?”

“Qs about Covid origins are legitimate and every reporter shld be asking them. This reaction from the WH is really weird,” Hudson Institute senior fellow Rebecca Heinrichs wrote.

Former White House Press Secretary Jen Psaki told Chuck Todd on Meet The Press over the weekend that crime would be a big issue for Democrats. Fox News’ Peter Doocy asked current White HOuse Press Secretary Karine Jean-Pierre what she could have meant by that and whoo boy. KJP spins herself silly. Watch the exchange …

During Tuesday’s White House press conference, press secretary Karine Jean-Pierre mixed up a major gas pipeline in Europe with a major U.S. clothing retailer. “So you’ve heard us say this: that what we see Russia’s doing, we’ve been very clear about this, is that they’re using energy, they’re weaponizing energy. And it’s choosing to — …