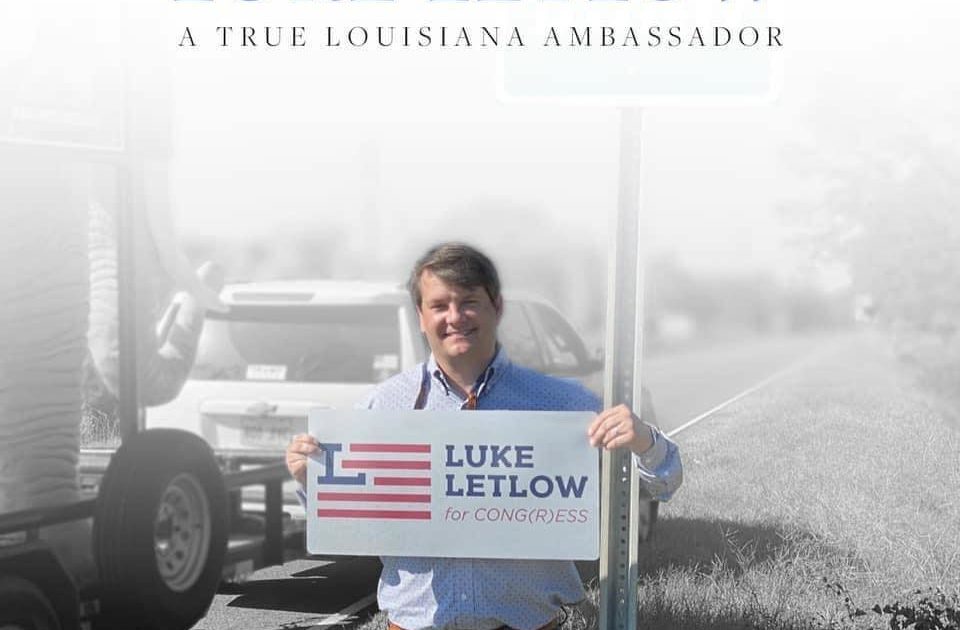 This is one of the more difficult things I’ve written. To address a death, to grapple for the words, is never easy. It’s particularly grueling when the deceased was young and, despite already accomplishing a great deal, was certainly about to soar to even greater heights. To use past tense verbs to refer to a friend whose life on earth is now entirely in the past smacks you in the face with the new, still seemingly unimaginable, reality of a world in which his voice is missing.

And his was a voice worth hearing. I expected to have a great deal to say about my friend Luke Letlow in the coming years as he made waves in Congress. That he was poised to become the youngest member of the Louisiana Congressional delegation was surprising to no one who ever met Luke. I graduated high school with Luke. We were two members of a small class of about fifty young people who walked away from Ouachita Christian School with our high school diploma and wonderful memories in the spring of 1998. Our class voted Luke “Most Likely to Become President,” and even at that time, over twenty years ago, many of us thought he just might actually become President.

Luke was smart but humble, a rare and desperately needed combination in the political world. He made good decisions after seeking the advice of friends and, no doubt, after spending time in prayer. During his tenure with former Congressman Ralph Abraham, he’d occasionally ask for my thoughts on some issue; usually it was a fiscal issue. He once said he valued my opinion because no one despises the federal government’s spending more than I do. We had several lively conversations about farm subsidies. I think he was just thrilled to know someone who wanted to discuss farm subsidies.

Last summer, he was preparing to do a radio interview as he tirelessly campaigned for the Congressional seat he finally won in December, and he messaged me for advice. I was honored, as always, that he asked, and I remember thinking, “You are the young man poised to head to Congress; why are you asking me?” But his willingness to ask and honestly listen to and consider the answer was one of the reasons he was headed to Congress, having won the trust and admiration of thousands of people across Louisiana’s large and diverse fifth Congressional district.

Luke loved this country. He loved the state of Louisiana. He grew up in Start, Louisiana, a small rural community, and his social media often featured what is, at least around here, an iconic image many will forever associate with Luke, the Start water tower. He ran a campaign that perfectly mirrored his life: honest, optimistic, God-centered, and all about Louisiana. If every Louisiana citizen loved our state the way Luke did, Louisiana would be the best place on earth with the noted exception of perhaps the oppressive humidity which not even Congress can change.

During the course of his campaign, Luke did something that perfectly encapsulates who he was: he returned to his roots and visited the elementary students at his alma mater. My daughter was among the students with whom he visited, answering their questions and no doubt relishing the opportunity to discuss civics and the beauty of America’s system of government with them. He had nothing to gain from this visit; the elementary kids are too young to vote for him, and their teachers and parents likely had long ago made up their minds to send Luke to Washington.

More important than anything I’ve mentioned above, more important than the force he was and would have continued to be for Louisiana, is that Luke loved the Lord. Luke has finished his race. To type that brings fresh tears to my eyes, but it is the bittersweet truth. In the days ahead I implore you to remember Luke’s wife, Julia, and their two young children in your prayers as well as Luke’s parents, two people who raised one of the finest men I have known.

Thank you, Luke, for the life you lived; thank you for your friendship, your leadership, for lending your voice to the voiceless in Louisiana. You made the absolute most of every day you were given, and you leave us with a towering example of how to pursue one’s dreams while remaining deeply entwined with your roots.

Thank you, Lord, for the time we had with your humble servant from Start. May his memory be a blessing, and may his example challenge us daily.