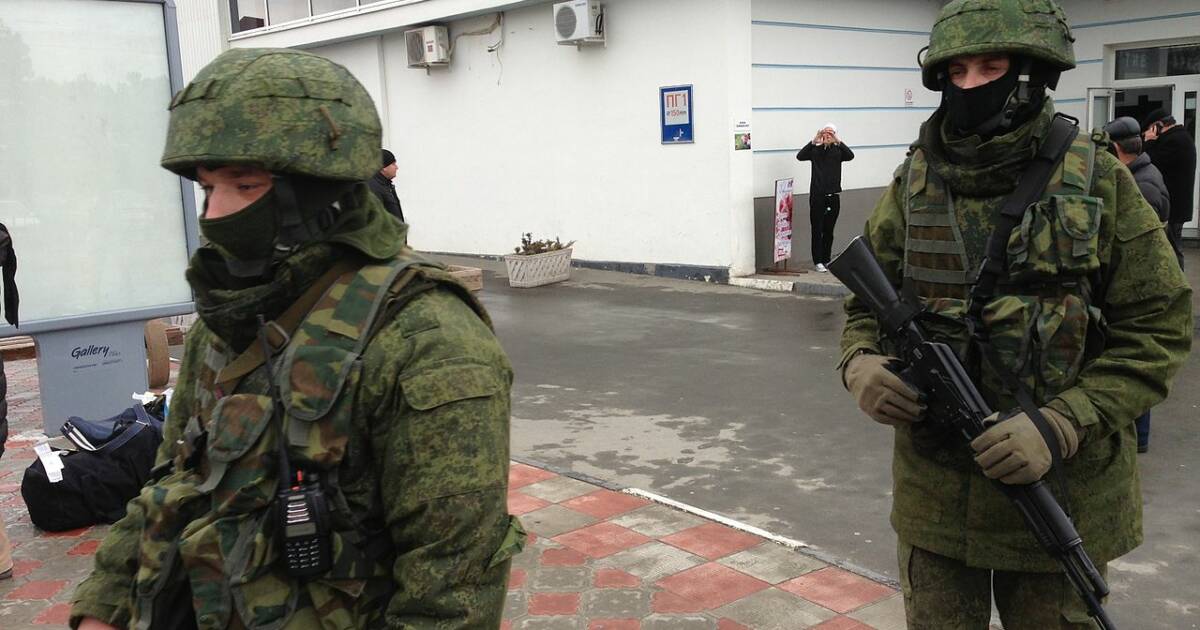 The situation in Ukraine is deteriorating. Over the weekend, the British claimed to have exposed a plot by Russia to replace Ukraine’s government with friendly puppets while the US has ordered nonessential diplomatic staff and civilians to leave the country. President Biden is considering deploying thousands of US troops to the threatened country. The situation is dire with 100,000 Russian troops poised to sweep across the border.

The British government did not issue specifics on the Russian plot, but said in a statement, “We have information that indicates the Russian government is looking to install a pro-Russian leader in Kyiv as it considers whether to invade and occupy Ukraine.” The Russians dismissed the claim as propaganda.

The Washington Post reported that NATO is deploying additional troops and fighter jets to the region, quoting a statement that said the defense organization is “putting forces on standby and sending additional ships and fighter jets to NATO deployments in eastern Europe, reinforcing Allied deterrence and defense as Russia continues its military build-up in and around Ukraine.”

All this has combined to present Joe Biden with the greatest foreign policy crisis that any president has faced in years. The last equivalent crisis would be Russia’s invasion and subsequent annexation of Crimea in 2014. That invasion was allowed to stand and undoubtedly whetted Vladimir Putin’s appetite for conquest.

Unfortunately, the president has sent mixed messages to Putin about the US and NATO response. Mr. Biden was criticized for comments about the difference between a full-scale invasion and a “minor incursion” last week. Although the White House has tried to walk back and clarify Biden’s comments while affirming the US commitment to Ukraine, what he said seems to reflect the truth that everyone already knows. The US and NATO are unlikely to go to war over a small conflict in Ukraine. After all, we didn’t draw a line in the sand eight years ago.

On Twitter, Patrick Chovanec pointed out that the Ukraine crisis is reminiscent of the 1948 blockade of Berlin by the Soviets. President Truman resolved that crisis with the Berlin airlift. Sadly, our leaders these days are not the same quality as Harry Truman.Patrick Chovanec @prchovanec1. I’ve mentioned how our recent bout of inflation reminds me of the post-war inflation experience from 1946-8. This new crisis with Ukraine also reminds me of another foreign policy crisis at the time: the Soviet blockade of Berlin.January 24th 20228 Retweets29 Likes

And I do mean “leaders” in its plural sense. I’ve seen several people longing for Donald Trump and claiming that his unpredictable nature would have prevented Putin from escalating the Ukraine crisis. Trump was certainly unpredictable, although a weak leader in his own right, but these revisionist claims ignore that Trump was a Putin fanboy who sided with Russia over US intelligence in Helsinki in 2018 and then bowed to the Russian leader on the way out. Trump’s record on Russia was mixed at best with the Trump Administration lifting many sanctions on Russia and Putin’s allies. The overwhelming evidence that Russia interfered in the 2016 election in support of Trump strongly suggests that Putin is not intimidated by The Former Guy.

What’s more, former Trump aides indicated that if Trump had won a second term, he planned to withdraw the US from both NATO and South Korea. The removal of American soldiers from Europe would have made Mr. Putin’s conquest of Ukraine quite a bit easier. While it’s easy to imagine Donald Trump making threats over the situation in Ukraine, it’s tougher to imagine the isolationist intervening to stop “Mad Vlad.”

No matter how the election of 2020 turned out, we’d probably be facing a similar crisis with a weak leader. We can’t say for sure how it would have played out under a second Trump term, but what we can know for sure is that the time to stop Vladimir Putin is now.

There is a clear pattern since Putin came to power in 1999 of the new Russia rebuilding the empire of its glory days. Putin began with a reconquest of the breakaway republic of Chechnya and then seized the provinces of Abkhazia and South Ossetia from the Republic of Georgia in 2008. Then, of course, there was the invasion of Crimea and incursions into Ukraine in 2014.

This pattern indicates that there is no former Soviet republic or territory of the tsarist empire that doesn’t have a reason to fear Vladimir Putin. Beyond Ukraine, the Baltic republics of Lithuania, Latvia, and Estonia are prime targets. Other countries, such as Belarus, where fighter jets forced down an airliner in order for security forces to arrest a dissident journalist last year, already have pro-Putin regimes installed. Incidentally, Raman Pratasevich is apparently still in jail although the US indicted several Belarussian officials for air piracy last week.

Also, like Hitler, Putin is popular at home because he has been a winner. The nationalists like the fact that Putin is making Russia great again and restoring the empire. It’s even better because the price in terms of Russian blood has been very low. With few casualties, public discontent with Putin’s aggressive policies has been stifled.

However, it’s doubtful that Putin wants a serious war with NATO. His gambit is that the West will stand down and let him have his way with Ukraine or at least negotiate a deal that gives him concessions. That may be where the British information on the plot to install a pro-Putin regime comes in.

Many right-wing pundits, such as the frowny-faced and perpetually outraged Tucker Carlson, give Putin cover by blaming NATO for deepening its ties to Ukraine, never considering that the former Soviet republics once lived under Russian rule for decades if not centuries and don’t want to repeat the experience. To put it in WWII terms, Carlson hopes to appease Putin by allowing him to bring Ukraine back into Russia’s sphere of influence. I think he’s dangerously wrong.

If Russia is allowed to take Ukraine (or another piece of it), Putin will keep returning to the well every few years to take a little more. As we saw in the 1930s, the appetites of dictators can be insatiable and Russia’s old stomping grounds go at least as far as Poland and halfway through Germany. Eventually, things may reach a point where the only choice is to fight or let the crocodile eat the whole of Europe.

The lesson from the 1930s and countless other authoritarian expansionist regimes is that the world should stand up to bullies. If this is accomplished early enough in the process, the bullies will back down or at least be easier for the coalition of free nations to defeat. When bullies lose face by backing down, it also encourages their domestic opposition.

I don’t want a war. That’s especially true since I have a high school senior who is leaning heavily towards enlisting in the military after graduation. I don’t want my son and other American boys and girls to be sent nine or 10 thousand miles away from home to do what European boys and girls ought to be doing for themselves.

I don’t want war, but as John Stuart Mill once said, “War is an ugly thing, but not the ugliest of things: the decayed and degraded state of moral and patriotic feeling which thinks that nothing is worth a war, is much worse.”

I believe that the best way to avoid risking a lot of American lives in the near future is with a show of resolve right now. President Biden is considering deploying as many as 5,000 American soldiers plus ships and aircraft into the crisis zone. He has also warned Russia that an attack on Ukraine will be met with heavy sanctions. These are good moves.

President Biden needs to talk tough and let Putin know in no uncertain terms that an invasion of Ukraine will not be tolerated and that his aggression will not be rewarded. And the president needs to stand firm and follow through if Putin does launch an attack.

Whatever happens in the current crisis, we haven’t seen the last of Vladimir Putin. Whether he succeeds or fails in his current moves, he will try again. We need to be ready when he does, diplomatically, militarily, and emotionally.