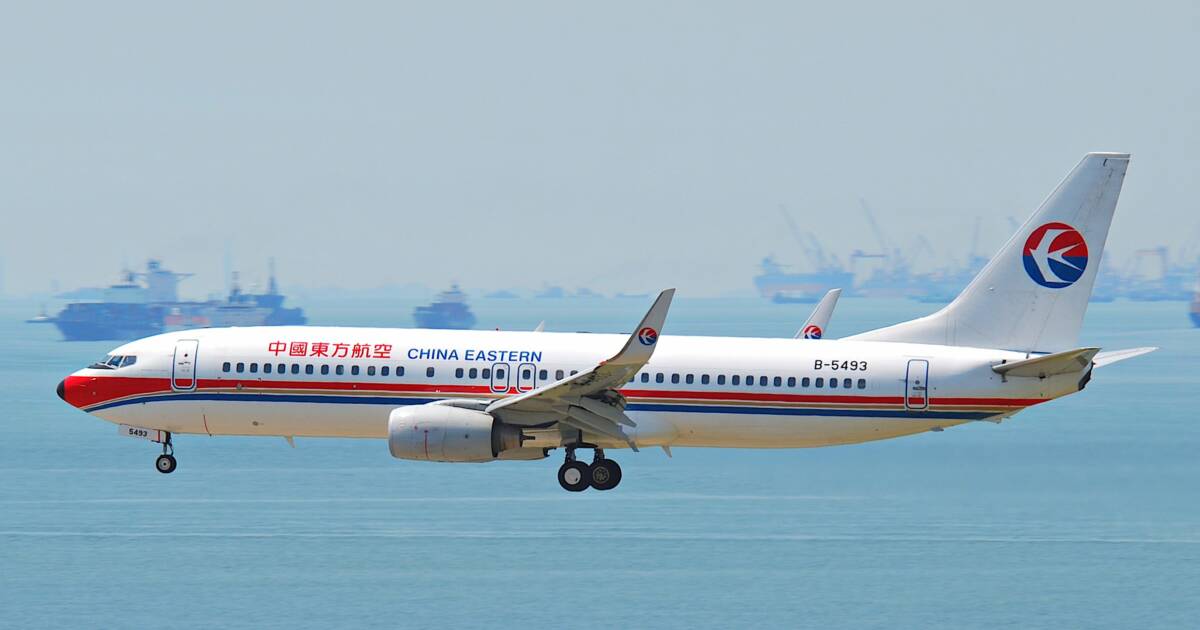 On Monday morning the news broke that China East Airlines Flight 5735 had crashed on a domestic flight from Kunming, a southwest China city well-known to aviation buffs as a WWII base of the Flying Tigers, and Guangzhou, near Hong Kong in the southeast. There were no survivors and 132 passengers and crew are reported dead.

The aircraft was a Boeing 737-800. This is not the same model as the 737 Max 8, which became infamous after a series of loss-of-control accidents a few years ago. Both airplanes were designed around the 737 airframe, but the 737-800 is a stretched version of the Next Generation 737 that has been flying since the 1990s. The crash occurred near Wuzhou, about halfway into the two-hour flight. There were no distress calls or indications of a problem from the crew.

Details are still sketchy, but there is a video of the crash that depicts the airliner flying in a near-vertical path to the ground. The BBC reported that radar data showed that the plane lost 20,000 feet in altitude in just over two minutes. This is an incredibly fast rate of descent.

The South China Morning Post reports that radar data shows that the plane stopped its descent at about 7,000 feet. It then climbed slightly before entering another dive that continued to the ground,

I’m moving from factual data to speculation when I say that there are very few reasons that an airplane would fly straight into the ground, but two possible causes are a structural failure or loss of control.

In the video, the aircraft appears to be intact as it hurtles to the ground, but some reports have suggested that an enhancement of the video shows that it is missing its tail. I’m skeptical since I can’t find this confirmed by reliable sources, but it cannot be ruled out. China’s aviation agency may just be being tight-lipped until all the evidence can be examined.

If the tail separated from the airplane in cruise flight at 30,000 feet, it could definitely cause the airplane to enter an uncontrolled and unrecoverable dive. In addition to throwing the plane out of balance, the tail also contains the flight controls that allow pilots to manipulate the aircraft’s pitch to pull out of a dive.

Videos aside, it should be easy to determine whether the airplane had a tail when it impacted. If the aircraft lost its tail in cruise, the aft section of the plane would be located at a separate crash site that could be miles away from the primary site.

There is some reason to suspect an in-flight structural failure. In recent years, inspections have discovered fatigue cracks in relatively new 737s, prompting an Airworthiness Directive by the FAA. This would not include Chinese airplanes and it is uncertain whether China mandated similar inspections. However, these cracks were found where the wings joined the fuselage rather than in the tail.

If the SCMP interpretation of the radar data is correct (and this preliminary, non-expert interpretation is not definitive), then structural failure is unlikely. If the airplane had lost its flight controls, it would not be controllable even for a few seconds.

There are very few things that would cause a competent pilot to fly his airplane straight into the ground, but these types of accidents do happen. This week’s accident seems similar to the 2016 crash of a Canadair Regional Jet in Sweden. The crew lost control after the captain’s primary flight display erroneously showed a sharp pitch up when the airplane was actually in level flight. The captain responded by pushing the nose down and flew his airplane into the ground at maximum speed 17 seconds later.

The Swedish crew failed to communicate and identify the problem (there were several complicating factors), but most companies train pilots to look to the standby “peanut” gyro if they suspect that the attitude information being displayed is wrong. First Officers are also trained to speak up if they see the captain making dangerous errors, but the Asian cultural deference to superiors has been a factor in several crashes, including the Asiana 214 crash in San Francisco in 2013.

Most aircraft problems wouldn’t result in a vertical dive into a mountain. Even an engine failure can be easily managed while flying straight and level. It is possible that a problem could have been mismanaged by the crew and led to the loss of control. As we say in aviation, accidents are usually the result of a chain of events rather than a single problem.

There is also the possibility that the crash was the result of foul play. There have been several prominent cases of suicidal pilots, including Malaysia 370 and German Wings 9525. It is also possible that a hijacker could have been responsible for crashing the plane, either deliberately or in a struggle for control.

I’m going to say again that this all speculation. At this point, there is no evidence of foul play or any other specific problem.

The next steps will be for searchers to recover the Flight Data Recorder and Cockpit Voice Recorder as well as to examine the wreckage. Since the 737 is an American product, Boeing and the US National Transportation Safety Board will probably take part in the investigation.

It’s possible that we might have to wait months for an answer as to what happened to China Eastern 5735. If the crew didn’t have time to declare an emergency, they may not have said much to each other about the problem either so the CVR may not yield many clues. FDR data about flight control inputs may be able to shed some light on the crash if the black boxes themselves are discovered intact and undamaged enough to be accessible.