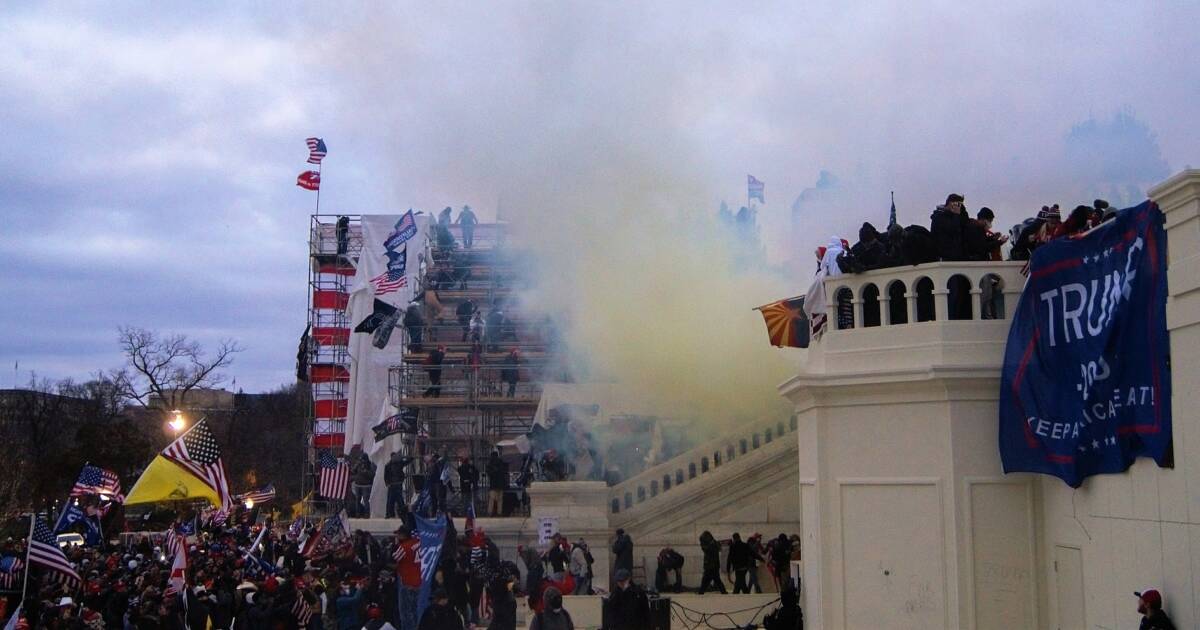 It has been an interesting couple of weeks. We’ve seen the death of Roe v. Wade as we’ve watched the January 6 Committee hearings. The common thread that joins the two narratives is Donald Trump.

The logical question to ask is whether the former was worth the actions that led to the latter. Some, like Erick Erickson in a recent post, are lauding the disgraced former president for his role in appointing the justices who struck down Roe.

“I got it wrong,” Erickson wrote. “And I’m glad I did. Trump will go down as the most pro-life President in American history.”

If you look beyond the abortion issue, Trump’s pro-life record is very mixed. To a great extent, his pandemic policies can’t be considered pro-life since Mr. Trump pushed a business-as-usual approach that endangered millions of high-risk Americans.

I’ll acknowledge that Trump appointed good justices, but I question whether that alone makes him “the most pro-life President in American history.” I do give Trump credit for keeping his promise to appoint pro-life judges, but that credit comes with a heckuva lot of baggage.

The thing is that Erickson didn’t get Trump wrong. He had Trump’s poor character and lack of fitness to hold office nailed. Those flaws were readily apparent in the last half of Trump’s presidency, yet Erickson and others made a transactional choice to risk another four years with Trump because, despite the damage and division he caused, he was giving them what they wanted on certain policy issues.

One of those issues finally bore fruit last week when the Supreme Court, along with three justices appointed by Donald Trump, voted to overturn Roe. Does that vindicate Donald Trump for the abuses of power and bad decisions that he made in the first three years and nine months of his presidency, not to mention trying to overturn election results and fomenting coup plots?

I have to say no. With Trump, you have to take the bad with the good and while Trump did do some good things, much of his legacy is very, very bad. Lawlessness, corruption, incompetence, and hypocrisy were the characteristics of the Trump Administration.

Back in 2020, when I’d talk to people about Trump’s problems and flaws, it almost always came down to one defense: “Well, at least he’s against abortion.”

I can say this because Trump didn’t pick his justices. He picked them from a list presented by the Federalist Society. There was nothing magical or insightful about Trump’s ability to pick judges. If it weren’t for the Federalist Society, he might well have tried to nominate his pro-abortion sister to the Supreme Court, a possibility that he hinted at in 2015.

On the other hand, it is true that once Trump won the nomination, there was only a very remote chance that anyone other than him or Hillary would become president. If Hillary had won, Gorsuch, Kavanaugh, and Barrett would not have been elevated to the Supreme Court. Without them, Roe stands.

But that leads to the question of how much Roe matters in 2022. The more I study the issue, the less impact I think that the Dobbs decision will have. As I’ve pointed out in recent days, most of the states that will ban abortion already see very few of the procedures (possible exceptions are Florida, Georgia, and Texas). There is little to be accomplished by banning what is already rare.

That marginal gain is going to be reduced even further by the increasing popularity of abortion pills. States can now easily regulate or ban surgical abortions, which I think will be looked back upon by future historians as a barbaric procedure, but it will be very difficult to stop residents from getting FDA-approved abortion pills.

Even if the pills are outlawed for pharmacists within the state, there will be a mail-order trade that states can’t touch due to federal supremacy and the interstate commerce clause. If Republican governors and legislatures tangle with the US Postal Service, I’m pretty sure I know which side will come out on top.

A report by the Guttmacher Institute earlier this month revealed that abortions had increased by seven percent from 2017 to 2020. This is due to several factors. The report cites a Trump Administration gag rule that reduced contraceptive care and may have led to more unwanted pregnancies, but a separate Guttmacher article from February shows that pharmaceutical abortions have increased sharply and now account for 54 percent of abortions. That trend is not going to be reversed by post-Roe legislation. If anything, it’s going to take grassroots efforts at increasing contraception and working with high-risk moms at crisis pregnancy centers.

This all adds up to Dobbs being a landmark legal decision but a bit of a dud from the point of view of reducing abortion. If Dobbs’s impact is far less than anticipated, then Trump’s destructiveness was less worth the outcome.

And we aren’t done with Trump yet. The Former Guy is gearing up for another run in 2024.

Six years after The Donald descended the golden escalator, I’m still not sure that Trump is pro-life or that he cares about the unborn (or anyone but himself). He did appoint pro-life justices, but that may be a marginal gain that comes at a terrible cost.

Erickson does say that he doesn’t want Trump in 2024, but his argument is no longer against Trump’s character. Instead, he writes, “I think it’d be bad to elect a guy who could only serve four years when literally any other Republican could serve eight years.”

That lack of concern about character is another cost that Trump has inflicted on both the GOP and the country, and it may ultimately prove to be the Republican Party’s undoing. And possibly the country’s as well.