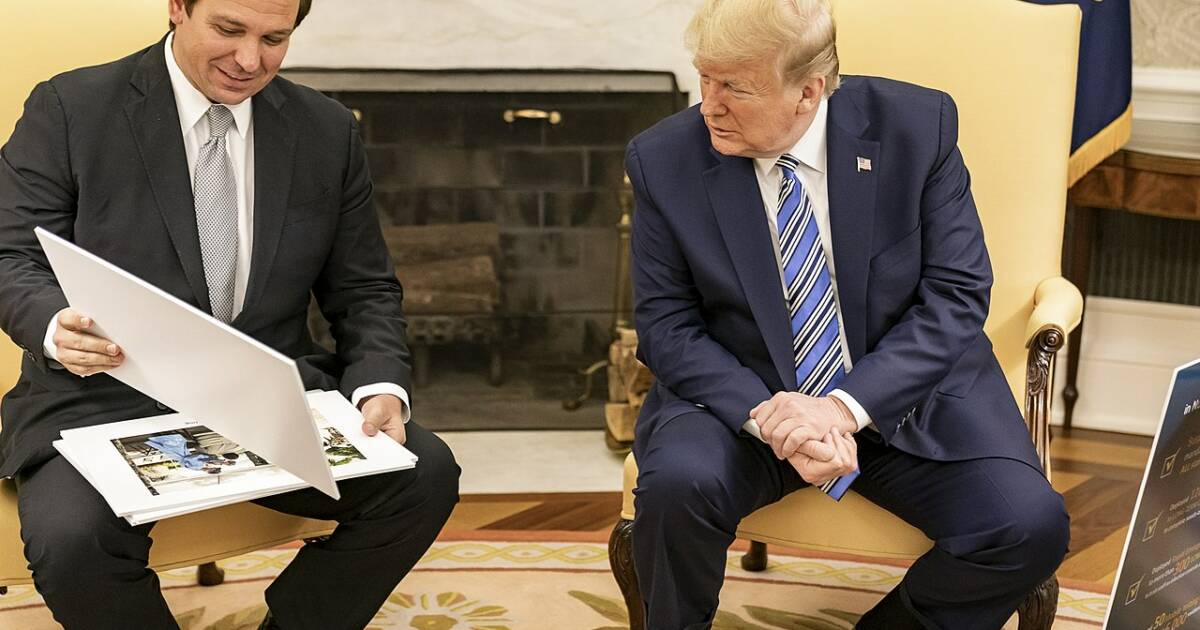 A few weeks ago, I wrote that the January 6 hearings appeared to be working. Polling showed that opposition to a third Trump campaign was ticking up and that a majority of Americans favored prosecuting Donald Trump. Republicans seemed to be the holdouts who continued to deny the depth of Trump’s corruption.

Now it seems as though the message of the corruption and incompetence that culminated in the Capitol insurrection on January 6 is even penetrating to the Republican base. New polls show Trump’s support eroding and there is one primary beneficiary from The Former Guy’s decline. That person is Ron DeSantis.

A few months ago, Donald Trump was the clear favorite to win the 2024 Republican primary, but now the Florida governor is surging and the two are essentially neck-and-neck in a series of polls. There are still years to go before the election and I’ve cautioned in the past about placing too much emphasis on the details of polls, especially far ahead of elections, but polls are useful in showing trends. And the trend here is that Trump is fading and DeSantis is rising.

There seem to be two main reasons for that. First, the January 6 commission is exposing Trump’s true self to the world. The former president’s petulant personality, obsessive behavior, and deep corruption exceeded only by his incompetence, are on display. Americans don’t like it and Republicans are realizing, even if they still like Trump, that the odds are stacked against him.

At the same time, Ron DeSantis has shifted from being a somewhat traditional conservative governor to a Fox News culture warrior. Since the early days of the pandemic when Florida became one of the first states to reopen, DeSantis seems to have become addicted to the adoration of the Republican base. He has competed with Texas Governor Gregg Abbott to see who can shift their state farther to the right in a contest that has led to more and more outlandish – and unlawful – behavior. This culminated in a likely unconstitutional attack on Disney after the company opposed DeSantis’s bill aimed at gagging public school teachers.

I’m not a DeSantis fan, but any sign that the Republican Party is souring on Donald Trump is good for the country and the party. If Republicans can break the trance that Trump has held them in for the past six years, they might end up picking a decent candidate in 2024. And by decent candidate, I mean someone other than Ron DeSantis.

Looking back at past Republican primaries, often the presumed frontrunner flamed out quickly once the primary votes were tallied. Jeb Bush was presumed by many to be the preordained choice in 2016 and few would have predicted that John McCain would be the nominee in 2008 after trailing for most of the campaign. (To show how much things have changed, Rudy Giuliani was the frontrunner for most of 2008.)

I’m going to keep my fingers crossed that we see similar surprises in 2024.