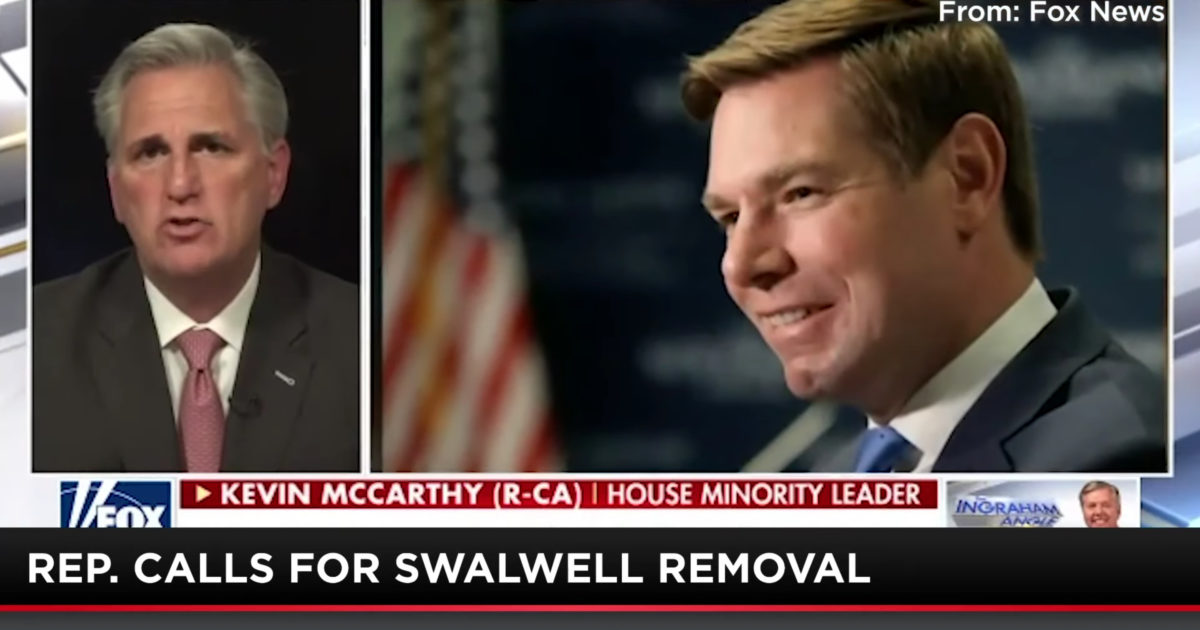 You may know Rep. Eric Swalwell (D-CA) as the guy who passed gas on live television but now he’s the congressman who dated a Chinese spy, Jesse Kelly said this week.

He played footage of House Majority Leader Kevin McCarthy asking some very tough questions which must be answered.

“If a member of the House Intelligence Committee has been taken in by a Chinese spy-woman that is a really, really, really big deal.”