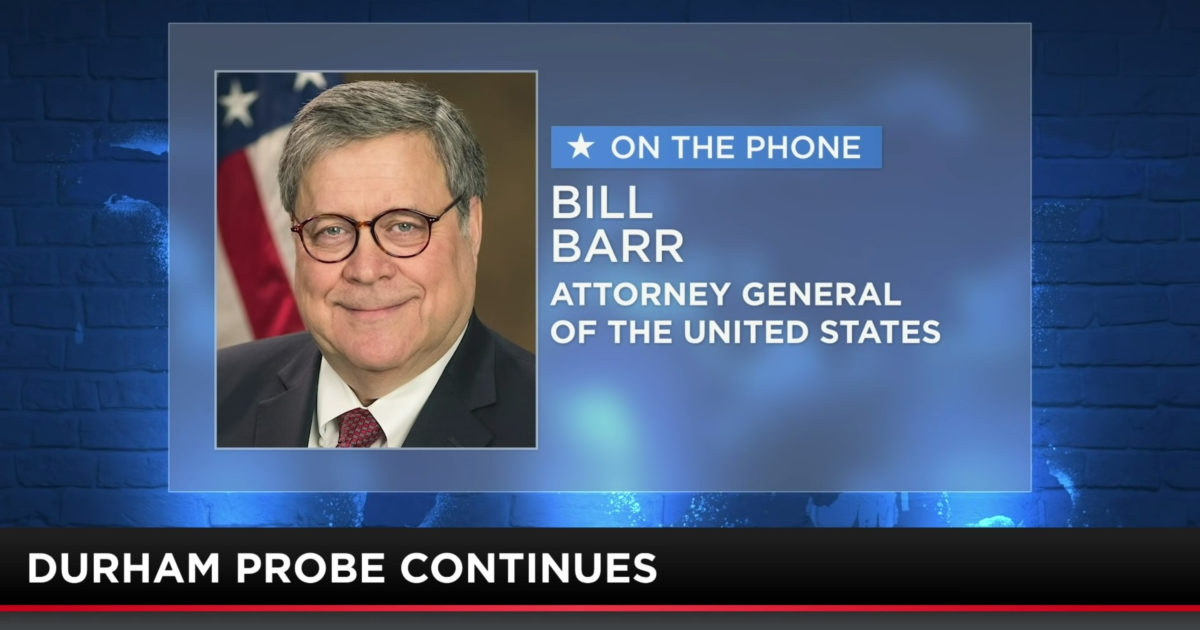 U.S. Attorney General Bill Barr says he is not going to put special prosecutor John Durham’s probe on hold until the election, a rallying cry from Democrats during his congressional testimony last month.

He told Buck Sexton Wednesday that while he will not do anything to deliberately affect the outcome of the election but he is not afraid of political backlash for releasing a report before Election Day.

General Barr said there are things he would “like to accomplish” before then. He also added that he has “never seen anything like” the prosecution of General Michael Flynn which is still dragging on despite DOJ’s move to dismiss.