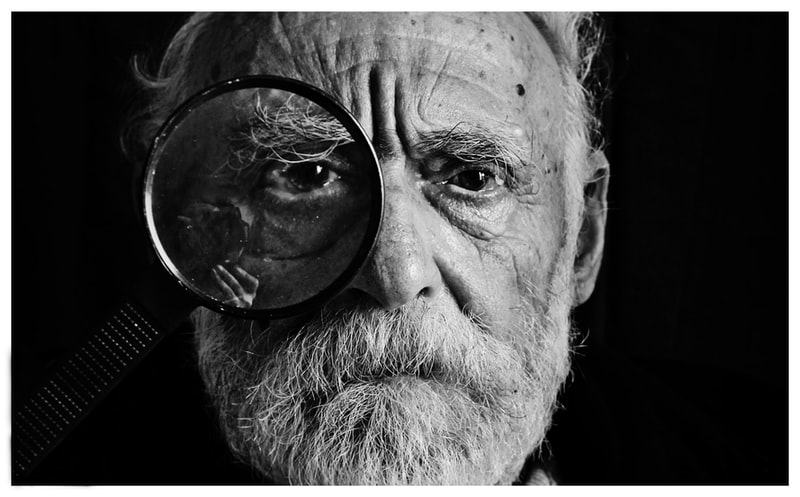 There is a lot to be said for having consistent principles. On the contrary, principles and opinions should be rooted in fact. If you want to be honest with yourself, and if you have the personal strength to question your core beliefs, you can read stories from sources outside your political bubble to check your assumptions and make sure that your beliefs are grounded in reality.

The kicker here is that you have to be willing to adjust your worldview if you find that your beliefs are inconsistent with the facts on the ground. Some people can’t handle this. In some cases, these people never look outside their comfort zone. In other cases, they just disregard information that conflicts with their preconceived ideas as if they never heard it or it never happened.

I like to think that most of my opinions are pretty grounded in reality, but from time to time, things don’t work out as I expected. If I’m demonstrably wrong, I generally try to be a big enough man to admit that I was wrong. That has been the case over the past couple of weeks.

When the US evacuation effort ended on August 31, like many others, I thought that the Taliban would take advantage of the fact that not all of the Americans who tried to leave had been able to do so. It seemed to me we might be facing a situation akin to the 1979 Iranian hostage crisis in which the Taliban leveraged its captives to embarrass the United States and horrify the world. That has not proven to be the case.

While the pace of evacuation flights has slowed, they have not stopped since Afghanistan returned to the control of the extremist group. On Sunday, the fourth evacuation flight containing Americans left Afghanistan since flights resumed on September 10. The flight contained 28 US citizens and 11 permanent residents and came a week after another flight with 19 Americans.

Per the State Department, 85 Americans and 79 legal residents have left Afghanistan since the US military departed the country. At that point, the Biden Administration had said that about 100 Americans were still in the country. Simple math tells us that most Americans known to be stranded have been able to leave the country, but without knowing the exact number left behind, we can’t say for sure how many remain.

While it certainly appeared that the Taliban had us over a barrel, they did not press their advantage. The question is why. For that, I don’t have a definitive answer, but I do have theories. One is that the Taliban has changed its stripes and mended its ways. I think we can discard that theory since Amnesty International is already documenting the group’s abuses of human rights.

It’s more likely that the Taliban wants something in return. Or two somethings. First, the new rulers of Afghanistan want the legitimacy that comes from being internationally recognized as the country’s legitimate government. Second, Western nations have frozen about $10 billion in Afghan government assets. The Taliban would love to have those funds back. When in doubt, follow the money.

It isn’t clear how certain the Biden Administration could have been that evacuations would continue, but there was an inherent risk in trusting the Taliban. It’s still unlikely that thousands of Afghans who worked alongside Americans over the past two decades will be able to get out, but the hostage situation involving Americans that many of us feared has not developed, and at this point, it seems unlikely that it will.

Check your beliefs against reality. If the two don’t match up, check your assumptions. You may need to adjust your worldview. It’s not necessarily a good thing to stand by your beliefs and principles if the evidence shows that they are wrong.

Finally, the US passed a grim milestone this week when the number of deaths from COVID-19 exceeded the 675,000 dead from the 1918 Spanish flu pandemic. We can quibble about the importance of the number. On one hand, the Spanish flu killed a larger percentage of Americans since the population of the US was about 103 million at the time compared to 330 million in 2020. It’s also true that the COVID death toll would have been much higher without a hundred years of advances in medical technology. Ventilators have saved a lot of lives over the past 18 months.

Regardless of the significance of the milestone, there have been too many deaths from COVID-19. There have especially been too many preventable deaths since the vaccines became available for widespread use.

I think it’s going to be difficult for people to look back at this pandemic 50 years from now (if we haven’t killed ourselves by then) and understand why so many chose to risk the virus rather than take a safe and effective vaccine.

We may be technologically savvy, but we are definitely lacking in common sense.