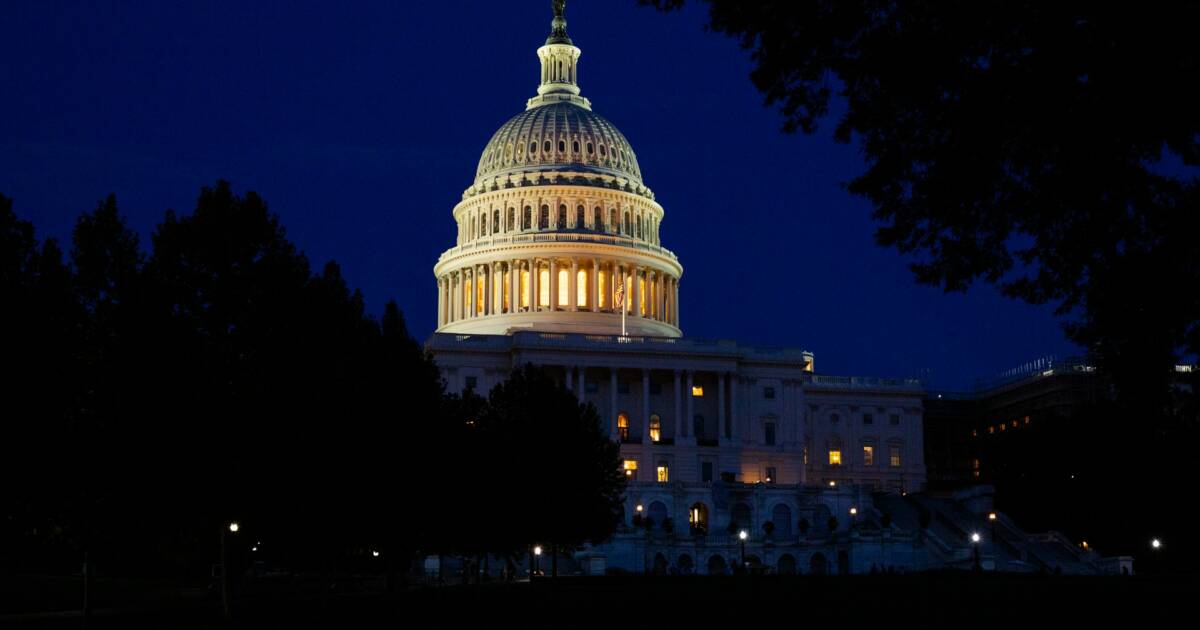 Another week of primaries is in the books and we are getting closer to this year’s main event, the midterm elections. Going into 2022, Republicans had high hopes for a red wave. Over the past few weeks, those hopes are meeting downgraded forecasts. Let’s take a look and see why.

Let’s start with a broad overview. This year, the Senate is split evenly between the two parties, but that doesn’t mean that the elections are equally divided. Democrats are defending 14 seats, nine of which are considered safe (California, Connecticut, Hawaii, Illinois, Maryland, New York, Oregon, Vermont, and Washington).

On the other hand, Republicans are defending 21 seats, which puts them at a structural disadvantage even though 15 seats are safe (Alaska, Alabama, Arkansas, Iowa, Idaho, Indiana, Kansas, Kentucky, Louisiana, Missouri, North Dakota, both seats from Oklahoma, South Carolina, and South Dakota). Even safe seats have to be defended to avoid an upset. (See Hillary Clinton’s Rust Belt experience for more information).

This means that control of the Senate hinges on the outcome of 11 races. Five of these are Democratically held, while six are Republican. Obviously, with a 50-50 Senate, Republicans need a net gain of at least one seat to gain control of the body, but when Vice President Kamala Harris’s role as tiebreaker is considered, the GOP really needs two or more to be safe. We aren’t even going to talk about a filibuster-proof majority because that was never really a serious possibility.

Arizona – Incumbent Mark Kelly is facing Trump-backed challenger, Blake Masters. Cook Political Report and Larry Sabato rate the race as a tossup, but Kelly is polling well ahead of Masters. This looks like a Democratic hold.

Georgia – The Peach State is a must-win for Republicans and it should have been relatively easy. But Republican voters picked Herschel Walker to run against incumbent Raphael Warnock. Herschel’s campaign started imploding almost immediately after the primary. The race is rated as a tossup, but Warnock has consistently held a lead in polling.

A big question is whether Warnock can get 50 percent of the vote to avoid a runoff. Warnock won the runoff in 2020 thanks in large part to Donald Trump convincing Republican voters that the election was rigged and encouraging his supporters to go to Washington, DC for the Steal the Election rally the next day, but there would be an entirely different dynamic this year.

New Hampshire – Incumbent Maggie Hassan is defending against Donald Bolduc. This race is rated as “lean Democrat” and Hassan has a consistent polling lead.

Nevada – Catherine Cortez Masto is defending her seat against Adam Laxalt. This is another tossup race, but again, polling seems to favor the incumbent Masto. As a word of caution, polling is sparse in this race.

On the Republican side, these are the races to watch.

Florida – Marco Rubio is defending his seat against Val Demings, an up-and-coming Democrat whose name was mentioned as a possible running mate for Joe Biden. The race is considered to lean Republican and despite Demings leading by four points in one recent poll, Rubio is almost certain to retain his seat.

North Carolina – Trump-endorsed Ted Budd is vying against Cheri Beasley in this race for the open seat of retiring Senator Richard Burr. The race is rated as leaning Republican although polling is very close. The Tar Heel state seems to perennially disappoint Democrats and 2022 is unlikely to be any different.

Ohio – The same can be said of Ohio. JD Vance, another Trump acolyte, is considered to have the edge over Democrat Tim Ryan. Again, polling is close, but Ohio has become more red in recent cycles.

Pennsylvania – In Pennsylvania, Trump-endorsed Mehmet Oz’s campaign is in the process of crashing and burning. John Fetterman is opening a double-digit lead over Dr. Oz in the most recent polling. This seat is going to flip.

Utah – Utah is interesting because Mike Lee should be safe. In fact, the race is considered a likely Republican win, but Lee, who has Trump’s endorsement, has become implicated in Trump’s effort to overturn the 2020 election. This has enabled independent Evan McMullin (who I supported for president in 2016) to mount an insurgent campaign. Utah Democrats threw their support behind McMullin to make him a serious contender. Lee is leading the race, but this will be an interesting one to watch.

Wisconsin – Ron Johnson’s re-election effort is a toss-up at this point even though Democrat Mandela Barnes is leading in the polls. In recent elections, Wisconsin polling has been notoriously bad so nothing should be assumed here.

To summarize, the Republicans’ best chance at picking up a Democratic seat is Georgia but the odds are only about 50-50. Nevada is probably their second-best chance, but both states seem likely to be held by the Democrats. On the other hand, Republicans are almost certain to lose Pennsylvania and maybe another state or two as well.

Based on what I see today, it looks like Democrats will enlarge their Senate majority by one or two seats. Of course, polling is a snapshot, not a prediction and a changing political climate could change the course of several races.

The math, in addition to other factors like abating inflation, falling gas prices, Putin’s quagmire in Ukraine, and Trumpian corruption on public display seem to indicate that momentum is shifting towards the Democrats. The Dobbs decision may play a role here as well. Republicans overreaching on the abortion issue likely helped to spark a backlash in Kansas earlier this month and the same effect may be seen in other races around the country as well.

From my own perspective, I want good, sane, conservative candidates to be elected to Washington. However, where Republicans nominate fringe candidates who push conspiracy theories and favor Trumpist authoritarianism, I’m going to root for them to lose. As an independent conservative, I’ll be voting for Brian Kemp to be re-elected governor at the same time that I vote against Herschel Walker (although I’m not sure who I’ll vote for in that race). As I’ve stated before, MAGA is a much more imminent threat to the American Republic than progressives are.

Way back in April I hypothesized, “The best chance that the Democrats have at this point is that Republican voters will make the same bad and self-destructive decisions that they have made several times in recent years when incompetent GOP candidates managed to snatch defeat from the jaws of victory.”

About a week after that, I wrote, “All the Republicans had to do was not be crazy, but they just can’t help themselves.”

Now, as Election Day approaches and Republican chances of recapturing the Senate diminish, the crazy has come home to roost.