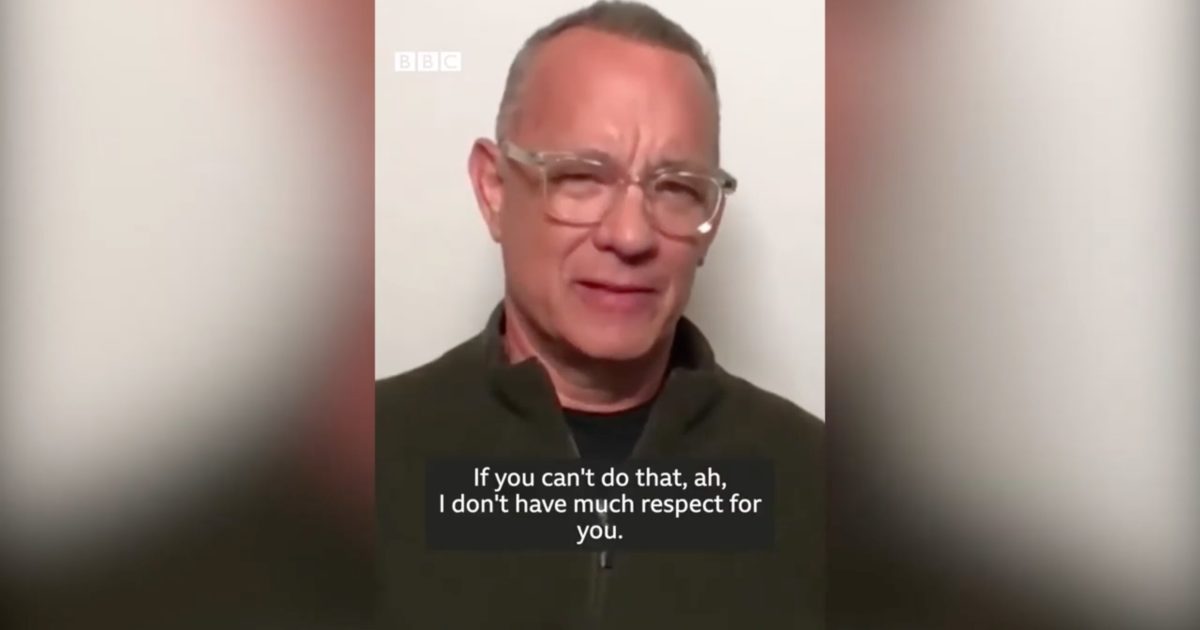 Out-of-touch Hollywood elitists lecturing America just rubs Buck Sexton the wrong way and he let it be known right off the bat on his Wednesday show before playing the video of Tom Hanks saying he “has no respect” for anyone who fails to wear a mask.

“Stick to acting, leave public policy to people who read.” Buck responded. “I know a lot of people who had COVID, that doesn’t give you some special designation as a COVID expert.”

Sexton brilliantly used Hanks’ own metaphor of “driving the speed limit” against him saying, “speed limits change… that’s how I approach masking!”