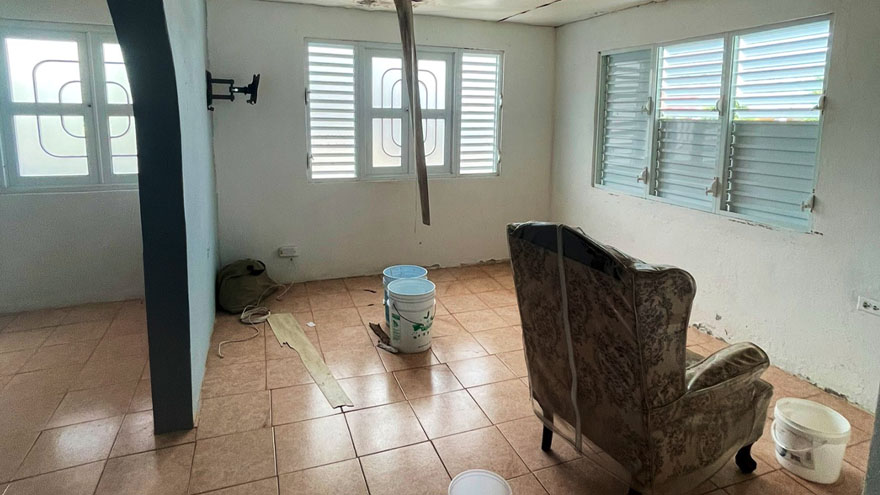 Wealthy politician Alexandria Ocasio-Cortez faced a brewing backlash on social media this week after lamenting over her grandmother’s poor living conditions in Puerto Rico from her lavish lifestyle in Washington, DC.

“Just over a week ago, my abuela fell ill. I went to Puerto Rico to see her- my 1st time in a year+ bc of COVID. This is her home. Hurricane María relief hasn’t arrived. Trump blocked relief $ for PR. People are being forced to flee ancestral homes, & developers are taking them,” posted AOC on Twitter.

“We immediately got to work reaching out to community advocates and leaders and following the money. What’s happening to Puerto Ricans is systemic. Much of it can be traced to La Junta, aka the Wall Street-connected fiscal control board that the US gave power to over the island,” she added.

“In the aftermath of María, the Trump admin oversaw two key items: handing millions in public $ to unqualified donor pals (ex Whitefish). The other was to impose extremely difficult eligibility rules for Puerto Ricans, which allowed mass rejections of recovery fund applications,” concluded the Congresswoman.

She entered the primary as the frontrunner. Now, she’s blaming her loss on outside groups. Former Bernie Sanders aide and AOC-backed Nina Turner lost to moderate candidate Shontel Brown in a special primary election in Ohio’s 11th Congressional District. According to The Daily Caller, “[Turner] had the support of well-known figures on the left including …

Rep. Ocasio-Cortez is the latest in a long line of hypocritical Dem legislators. According to the New York Post, “AOC’s campaign dropped at least $4,636 at Tullis Worldwide Protection for ‘security services’ between January and June of this year according to the filings.” And that’s just a portion of the $34,000 AOC spent in the …

WHAT? AOC Says Bill Not ‘Bipartisan’ Because No ‘Members of Color’ Behind Negotiations

Both Republicans and Democrats are praising progress made on the billion-dollar infrastructure bill – but progressive squad members, including AOC and Cori Bush, can only see skin color. “Is this the Bipartisan Infrastructure Group or the audience at a Kid Rock concert?” Bush wrote in a tweet along with a photo of the bipartisan group …

No prisons. No cops. Why not just get rid of laws? Democratic Socialist and firebrand for the extreme left Alexandria Ocasio-Cortez (D-NY) made an outrageous plea during a campaign event for former state senator and ex-Sanders campaign co-chair Nina Turner; she’s currently running to represent Ohio’s 11th Congressional District. “I want to abolish our carceral …

DOUBLING DOWN: AOC Continues to Blame USA for Cuban Suffering

That’s her story and she’s sticking to it. Socialism superfan Alexandria Ocasio-Cortez (D-NY) continues to blame the USA for the ongoing problems in Cuba. She insists that the U.S. embargo is the cause of all the suffering… The communist dictatorship? Not so much. “The embargo, the U.S. embargo, is absurdly cruel, and like other U.S. …

SHE SPEAKS! AOC FINALLY Releases a Statement on Cuba; Blames USA for Everything

No surprise – she didn’t mention the failures of socialism at all. Rep. Alexandria Ocasio-Cortez (D-NY) finally weighed in on the ongoing situation in Cuba after a week of silence. No surprise, she puts most of the blame on the U.S, with only a quick finger wag at President Diaz-Canel’s oppressive regime. “We are seeing …