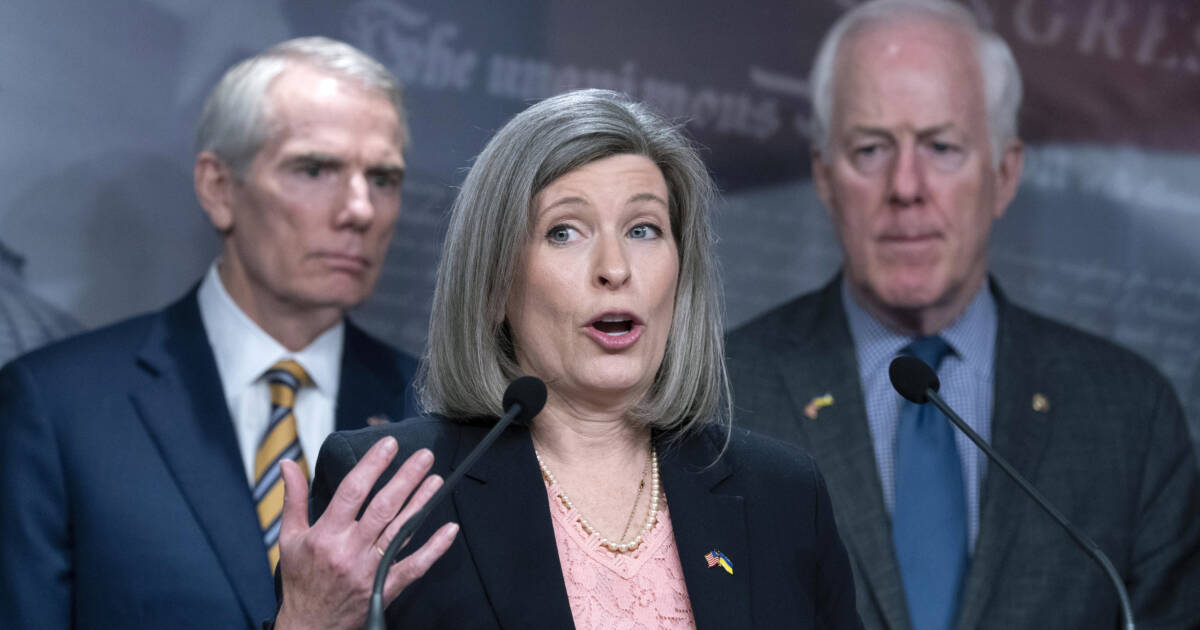 Iowa Senator Joni Ernst has introduced a new piece of legislation that would allow border states to obtain some of the unused border wall materials Biden shelved during his firs days in office.

With millions of tax dollars being wasted every single day to “watch over” unused materials for a border barrier, Ernst’s BUILD IT Act would let states put them to use and finish the job.

WASHINGTON – As President Biden’s historic Southern border crisis rages on thanks to his weak policies and refusal to secure the border, taxpayers might be interested to know they are footing the bill—to the tune of $3 million per day—for materials that were meant for a barrier at our Southern border after the president canceled the project. U.S. Senator Joni Ernst (R-Iowa) has a novel idea for President Biden: let’s put the materials for the wall that American taxpayers are still paying for to use, and let’s build it!

Ernst is proposing a new measure—called the BUILD IT Act, or the Border’s Unused Idle and Lying Dormant Inventory Transfer Act—that would turn over the unused materials purchased to construct the Southern border barrier to any state wishing to finish the job.

“We are witnessing a crisis of historic proportions at our Southern border under the Biden administration. President Biden’s refusal to take action at the border has been a disaster, but his decision to cancel border barrier projects that were already underway is literally costing taxpayers billions,” said Senator Joni Ernst. “Here’s a simple solution, Mr. President: let’s put these materials to use, let’s end the taxpayer-funded waste, let’s stop the unprecedented flow of illegal migrants, and let’s build it!”

Fellow Iowa Senator Chuck Grassley voiced his support for the BUILD IT Act.

“President Biden has made a laundry list of irresponsible policy decisions that have led to complete chaos at our southern border, including his decision to halt construction of the border wall. This has not only cost taxpayers safety and security, but it’s also costing them nearly $3 million per day,” Grassley said.

“We are a welcoming nation, but a country without a border isn’t a country. Our bill will allow states to take an important step toward fixing this unprecedented border crisis by continuing construction of a border wall,” he added.